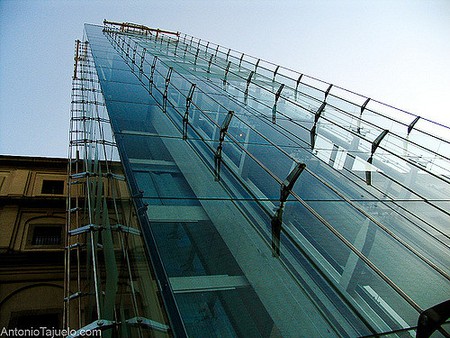 It does not come as surprise to anyone that Spain has an extraordinary artistic heritage, with masters such as Diego Velázquez and Francisco Goya hailing from the country. But Spain doesn’t have to be too attached to its past when it comes to art as it also has many modern-day achievements: its new centers, galleries and museums for contemporary art are praised as being some of the best in the world. We explore three of these fantastic art venues in Madrid, Valencia and Barcelona. 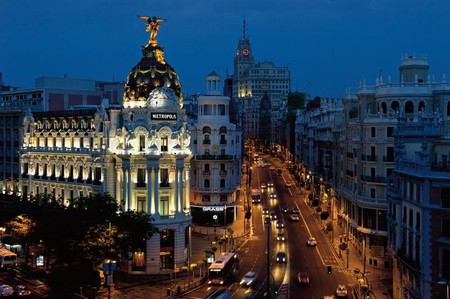 Spain is the birthplace of some of the most influential artists of all times. From exponents of the Spanish Golden Age such as Diego de Velázquez to Francisco Goya, who is widely acknowledged as the last of the Old Masters, and all the way to Pablo Picasso, the father of the cubist movement, or even the surrealist master Salvador Dalí, Spain has been at the forefront of artistic expression for centuries. It is no wonder that thanks to its marvellous cultural heritage, as well as its insatiable innovative spirit, Spain has been able to conquer the world of contemporary art. The Instituto Valenciano de Arte Moderno, the Museu Picasso and the Museo Nacional Centro de Arte Reina Sofía are often cited as belonging to ten of the best museums in the whole world.

The Museo Nacional Centro de Arte Reina Sofía (MNCARS) certainly deserves this title as it is, without a doubt, the gem of Spain’s modern art museums. Together with the Museo del Prado and the Museo Thyssen-Bornemisza, it is part of the so-called ‘golden triangle’ of Madrid’s art museums.

MNCARS first opened in 1990, although the building that hosts it had to undergo several transformations before it became home to one of the most prominent art museums in the world. The building was originally founded by King Phillip II in the 16th century and, two centuries later, it was turned into a hospital by Charles III. The renovation work to bring it to its actual state only started in 1988 by royal decree. The museum still retains more than 60% of the old building’s surface which, together with the newly annexed building designed by French architect Jean Nouvel, brought the exhibition space to an astounding 84,000 square meters. The renovation of this historical building was integral to the urban regeneration of the neighborhood and has allowed the museum to become a meeting point for art enthusiasts from all over the world.

MNCARS hosts an impressive collection of works of art and each floor is dedicated to some of the most influential artistic movements from the 19th century through to contemporary art, including Cubism, Surrealism and Pop Art. Visiting the permanent collection of the Museo Nacional Centro de Arte Reina Sofía offers the unique chance to admire masterpieces by Pablo Picasso, Salvador Dalí, Luis Buñuel, Juan Gris and Joan Miró. The most iconic art work exhibited in the museum is undoubtedly Pablo Picasso’s Guernica; this masterpiece is a memento of the terrible bombing of the city of Guernica and attracts tourists from all over the world with its haunting beauty.

Perched on Spain’s eastern coast, only a two-hour journey from Spain’s capital and four hours from Barcelona, is another cultural gem: Valencia. The birthplace of the paella and home to astounding architecture, from Gothic churches to stunning, modernist buildings, Valencia is a must-visit historical gem. It is also where another cutting-edge contemporary art institution can be found. When the Instituto Valenciano de Arte Moderno opened in 1989, it was the first center for modern art ever created in Spain. Nowadays it is one of the most important institutions for modern art in the world.

The museum is divided between two buildings, the Centre Julio González, inaugurated in 1989, and the Sala de la Muralla opened in 1991. The eight galleries of the Centre Julio González host the permanent collection and temporary exhibitions, while the Sala de la Muralla houses parts of the medieval walls of the city of Valencia. The institute’s main objective is the preservation, promotion and development of modern and contemporary arts. The permanent exhibitions hosted by the Centre Julio González revolve around four main pillars of focus: pop art, photography, new media and abstraction. The history of photography, from the invention of the medium to the latest technological advancements, is explored with particular attention to detail. But detail is not all that matters here; the museum hosts an impressive collection of over 10,000 works. 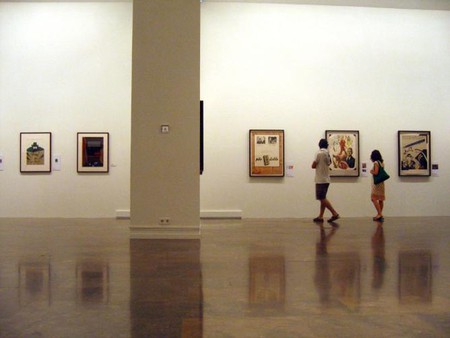 The one natural destination after Valencia, located a bit to the north, is Spain’s most trendy and happening city, Barcelona, which is home to an incredibly array of contemporary art galleries and museums. Of all these, the small but beautiful Museu Picasso is, arguably, the most acclaimed of them all. Although mostly known for his achievements in the field of visual arts, Pablo Picasso also worked as a stage designer, poet and playwright, becoming the epitome of the Renaissance man. The artist spent his youth in Barcelona and moved to Paris at the age of 24; it was while living in Paris, in the bohemian neighborhoods of Montmartre and Montparnasse, that he started experimenting with different styles of painting.

Although multiple museums dedicated to Pablo Picasso are scattered around the country, the Museu Picasso in Barcelona hosts the most comprehensive collection of works by Spain’s revered son. The museum explores each phase of Picasso’s artistic development, from the early stages all the way to his signature cubist style, and its highlights include an exhaustive collection of works from his Blue Period, examples of his Pink and African periods, as well as a series of reinterpretations of Diego Velázquez’s famous Las Meninas. Unlike some of his contemporary fellow artists, Pablo Picasso achieved international recognition and fame in his lifetime. He was incredibly productive and it is estimated that he created nearly 50,000 works, spanning from painting to sculpture, drawing, ceramics and sketchbooks. The Barcelona museum dedicated to his work constantly develops new programs and activities aimed at spreading knowledge and fostering interest in one of the most important artists of all times. 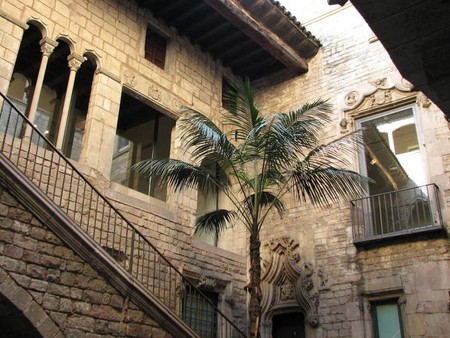