Spain Could Be About to Change Its Time Zone - Here's Why 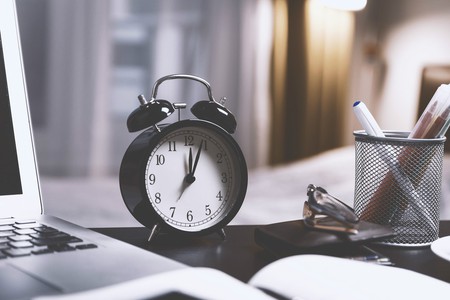 Is it time to turn back the clocks and change time zones? | © JESHOOTScom / Pixabay

Spain has been in geographically the wrong time zone since World War II – but following a recommendation from the EU, it might finally be about to change back to GMT. Here’s everything you need to know.

The EU has just recommended an end to daylight savings time – the practice of turning back the clocks in spring and putting them forward in winter. The move could finally pave the way for Spain to make an even bigger change and change time zones completely. But why was Spain in the wrong time zone anyway, and why have they decided to do something about it now?

Originally Spain was on GMT, the same time zone as its neighbour Portugal, but changed during World War II. In 1942, Spanish dictator General Francisco Franco moved Spain’s clocks forward in line solidarity with Nazi Germany, which had provided Franco vital support during the Spanish Civil War. 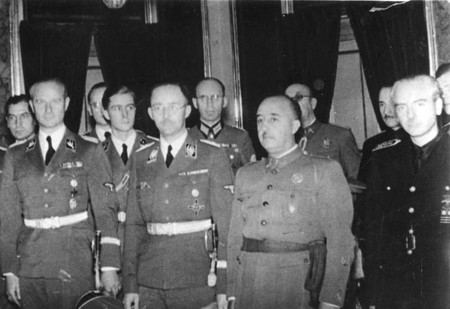 Franco (second-right) changed the clocks to be in line with Nazi Germany. He is pictured here with Heinrich Himmler (second-left) | © Bundesarchiv, Bild / WikiCommons

The country never changed back the clocks, resulting in it being technically in the wrong time zone for over 70 years.

But could all that be about to change?

The European Commission announced last week that it would back ending daylight savings time; the habit of putting the clocks forward in winter and back in summer.

Millions of people “believe that in future, summertime should be year-round, and that’s what will happen”, said Commission President Jean-Claude Juncker.

The EU Commission poll asked 4.6 million EU citizens for their opinion of stopping the spring and autumn clock change – 84% agreed. Most people want the EU to remain on summer time all year round.

Could Spain be about to change?

Geographically, Spain is on the same longitude as the United Kingdom, but rather than being on GMT – the same time zone as the UK – it’s on Central European Time.

Is it time to turn back the clocks and change time zones? | © JESHOOTScom / Pixabay

There has long been a debate about time zones in Spain. In 2013, a parliamentary commission recommended that Spain should turn the clocks back one hour.

“It’s on the government’s agenda,” said government spokeswoman Isabel Celaá this week in reaction to the new EU proposals.

“Frankly I don’t know,” he added, “Let’s give the European Parliament an opportunity to see it it is able to find a common denominator between countries that are in such different geographical situations.”

Currently, all 28 member states of the European Union need to support the idea of no longer changing times for it to become law.

One proposal is for each country to decide for themselves whether they want to get rid of putting the clocks back and forward, which could pave the way for countries like Spain to finally return to its original time zone.