Soho House Barcelona: Meet the Architect Who Helped Give It Catalan Flair 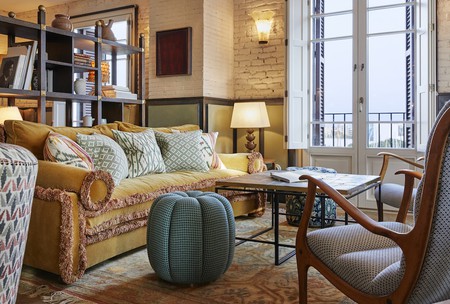 Having opened its doors in October 2016, Soho House Barcelona fast became one of the coolest hangouts in the city. A luxury boutique hotel but also an exclusive private members club, the local branch of this world-famous brand is frequented by the Catalan capital’s movers and shakers. We met up with Hector Restrepo Calvo, a Barcelona-based architect who worked to give Soho House Barcelona its personality.

Tell us a little about Soho House Barcelona: what’s its story?

“Soho House Barcelona is situated in a privileged spot in the historical centre of Barcelona, facing the port and in one of the most historic squares in the city. The building was constructed around 1845 by the Mandri family, well known locally for the ‘Cerebrino Mandri’ medicinal tablets.

“As a result of the civil war, the building suffered damage when a bomb was dropped right next to the La Merced Street. The building was restored and one floor was added, changing its use to offices for sea shipping companies and maritime transport, until eight years ago when the building was left empty, pending a new use.”

Can you take us on a virtual tour of the house.

“The building has a total of nine floors: a lower basement floor for parking, a basement floor occupied by the Cowshed spa (with indoor pool) on the one side, and on the other side a private cinema accommodating 38 viewers with all the best technology, Dolby Atmos, 3D imagery, etc, and of course its own bar. 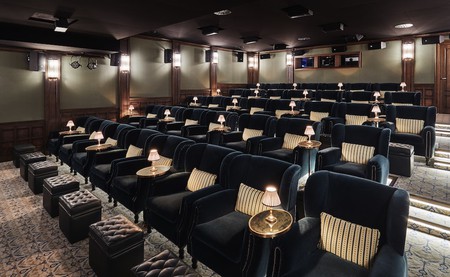 “On the ground floor you find the main entrance and reception, as well as Cecconi’s – an Italian-inspired restaurant with a large open kitchen, which is also open to the public. On the first floor is the house’s gym, Cowshed Active, with cardio areas, free weights, machines, dressing rooms, yoga room, and a spinning room.

“The next three floors are all dedicated to the hotel, with some 57 rooms including six luxury suites. The fifth floor is home to the house’s club area with its own kitchen and restaurant, bar, and an audition room for events. Last but not least, the 6th floor is where you’ll find the terrace with its own bar, restaurant, and an infinity pool overlooking Barcelona’s port.” 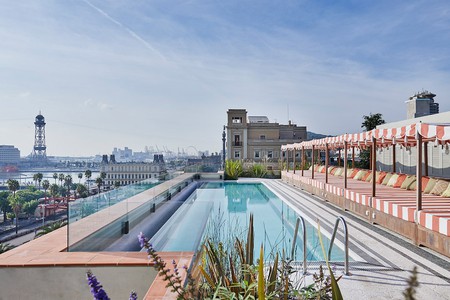 What would you say makes the Soho House signature style?

“Soho House really has a style of its own. Natural elements and textures prevail in a mixture of classical and carefree styles, which are reflected in its finishings, furniture, and space. It manages to create an atmosphere of comfort and closeness that makes you feel a connection with what surrounds you (with a nod to the mundane). But also, each house adapts to the style of the era and the city in which it is built, while at the same time maintaining the undeniable Soho House label.”

How did you manage to bring a unique cultural identity to Soho House Barcelona?

“Through a fusion of a very pronounced Soho House style with the modernity and quality of the Catalan design. We started with a building, which although was emptied and newly rebuilt, maintained parts of its former identity and constructive typology. We chose to work with many of the existing elements in the building, recycling the work which had already gone into them, and also reusing materials in the new construction.” 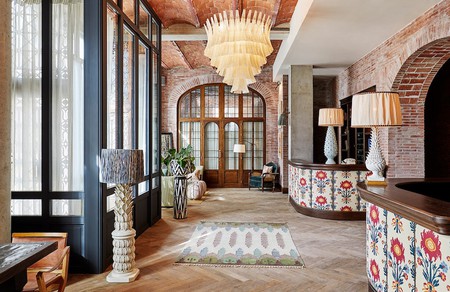 The Lobby Courtesy of Soho House

Where did you draw your inspiration from?

“Our studio has always followed pure and clear lines in design, where the materials are natural and we opt for clean elements and materials.

“In the case of Soho House, we had to approach the brand’s personal style, without losing a sense of the space’s pureness. We wanted to create open, diaphanous spaces where the perspective would lead you to discover new spaces and places within the building.”

Where did you source your products from in the Barcelona project?

“Our work has been focused on the subject of architecture, and fortunately we had the support of the in-house group of Soho House interior designers as well as the experience of the office of designer, Lazaro Rosa Viólan. Through a combination of our ideas and supported by a range of local artisans, we succeeded in achieving our objectives.” 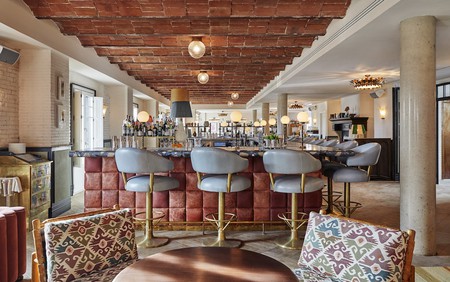 Tell us about the Soho House Barcelona’s neighbourhood: how does it fit in with its environment?

“Soho House has always been open to exploring new locations and new places in the city, and this has been done since its beginnings in Soho London, the Meatpacking district in New York, etc.

“The Medinaceli Square in Barcelona was once the point of access to the city from the sea. It then became neglected during the expansion of the city, during the Olympics, and in the years afterwards it returned once again to the vanguard with places of leisure and trendy clubs around it – but only to return to anonymity afterwards.

“When we arrived at the location, there were only two buildings around the square with inhabitants and the rest of buildings were empty or were offices. Locating the club in this site has generated a new dynamic to the place, and it’s once again a neighbourhood people visit and talk about in Barcelona.”

Why do you think Soho House has become such a fashionable brand?

“Soho House has existed since 1995 and has marked a form of club in a worldwide manner beyond a fashion brand. It’s a brand which knows how to make and generate commitment with its clients. In Barcelona this is a novelty, since this concept of a private club did not exist until very recently.” 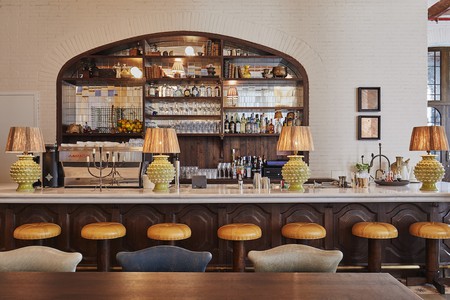 Why do you think Barcelona was ready for Soho House?

“The hotel world in Barcelona, ​​as is well known, was saturated with hotels of great brands and renown, but there were none that really distinguished themselves from the rest. Soho House offers guests a new kind of hotel experience in Barcelona, one which gives guests a reason to enjoy the amazing facilities it has on offer, all with the distinctive good know-how of the brand.”

Where’s your favourite place to hang out at Soho House Barcelona?

“Without a doubt, the terrace is a place with a personality marked by the image of the city of Barcelona and where you can enjoy the good weather offered by the Mediterranean. Equally, the open kitchen in the middle of a large, light courtyard makes Cecconi’s another of my favourite spots in the building.” 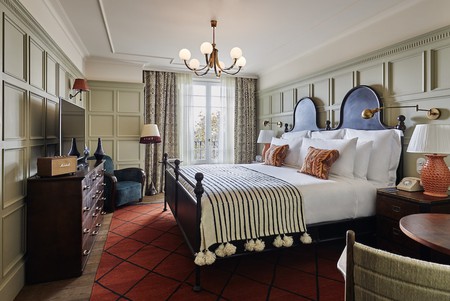 And when you’re not in the House?

“Barcelona is a city full of fantastic spots, just walk through it and you’ll discover little by little what it has to offer. The windows in my studio are another place to let my imagination fly, where you can watch the city like a spectator watching a great film.”

Find out more about Hector’s work at Heres Arquitectura in Barcelona.