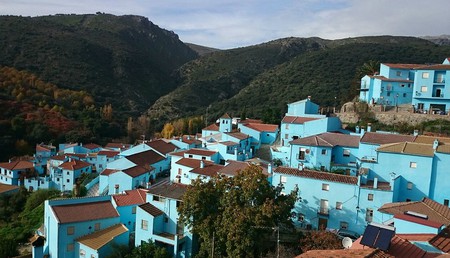 A village in southern Spain whose houses were painted bright blue to advertise the 2011 movie The Smurfs has been banned from associating itself with the iconic cartoon.

Every house in the whitewashed Andalusian village of Juzcar was painted blue in 2011 by Sony Pictures, in what was supposed to be a temporary measure to advertise the film studio’s upcoming release. But residents of the sleepy village liked the colour – and the tourism potential of being the world’s only ‘Smurf village’ – so much that they voted to keep the bright hue.

The village well and truly caught smurf fever. Many of its blue walls were daubed with the likes of Papa Smurf and Smurfette, while locals began selling Smurf souvenirs to the many tourists who began to flock to see the unusual sight. 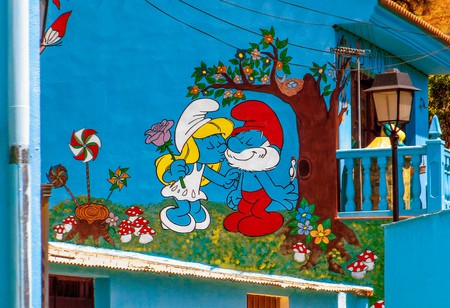 It is estimated that the sleepy village of 250 inhabitants welcomed as many as 50,000 tourists a year, many of them day-trippers from the nearby Costa del Sol.

But while the influx of tourists was a boon for locals, things became complicated when the heirs of Pierre Culliford, the Belgian artist who invented the popular blue cartoon characters, demanded royalties on any Smurf-related sales.

Juzcar town hall agreed that locals would pay 12% in royalties on all Smurf-related income, but the local council announced at the beginning of August that the time had come for the Smurfs to leave the village for good. In a message on its website, the local council announced that it had lost the right to market itself as a Smurf town, and all Smurf-related activities would end on August 15, from which time there would be ‘no more references to the brand’. It did confirm, however, that the village’s buildings would remain blue.

Juzcar was a typical Andalusian whitewashed village when it was chosen by Sony Pictures to be the new home of the Smurfs (or Los Pitufos, in Spanish). Every one of the village’s buildings, including its church and gravestones, was painted blue, using around 4,000 litres of paint.

A post shared by Master Turismo Cultural (@masterturismocultural) on May 16, 2017 at 6:49pm PDT