11 Reasons Why Catalonia Is a Unique Region in Spain 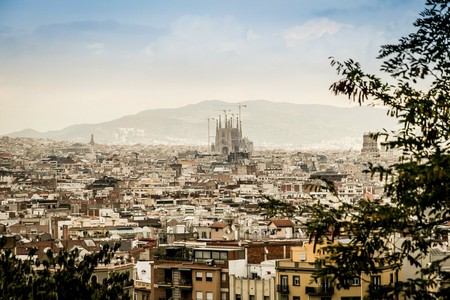 The Sagrada Familia and the Barcelona skyline | © jarmoluk/Pixabay

Catalonia merged with Spain in 1469, but has attempted to separate itself in modern times. Though the region endured heavy repression under the Fascist rule of Spain in the mid-20th century, it retains its own language and traditions to this day. 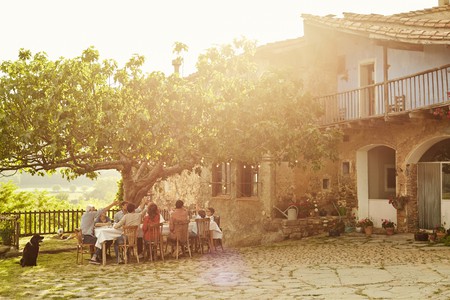 Catalonia is in northern Spain, which is greener than the rest of the arid country | © Morsa Images / Getty Images

The autonomous region has its own language, Catalan, which is its joint official language, along with Spanish. The teaching of Catalan is mandatory in schools, and teachers, doctors and other public-sector workers are legally required to use it. Catalan is strongly associated with national pride – if you speak to someone in Spanish in Catalonia they might well answer you in Catalan. The language is spoken in other territories, such as Valencia, the Balearic Islands, Andorra (where it is the official language), Sardinia and areas of southern France.

Catalonia had a distinct history of its own long before it became part of Spain. It stretches back to the early Middle Ages when the County of Barcelona rose to pre-eminence in the 11th century. The county was brought under the same royal rule as the neighbouring Kingdom of Aragon. The region became part of Spain in the 15th century when Ferdinand of Aragon married Isabel of Castille, uniting the two kingdoms. There was a resurgence of Catalan identity in the 19th century, which resulted in a push to preserve and promote the Catalan language. The region was given more autonomy under the Republican government of the early 1930s, but when dictator General Francisco Franco came to power at the end of the Spanish Civil War, all autonomy was taken away and the use of Catalan was prohibited.

You may not have heard of the Christmas crapper, but this figurine of a man relieving himself is one of Catalonia’s most beloved Christmas traditions and a staple of many a nativity scene. El caganer (literally ‘the crapper’) is traditionally depicted as a peasant wearing the traditional Catalan red cap, and is said to bring good luck for the year ahead. These days, caganers come in all kinds of modern versions, depicting everyone from Barack Obama to Cristiano Ronaldo with their trousers down. 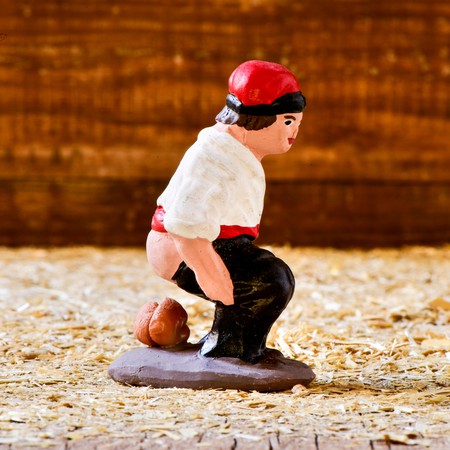 Continuing the unusual traditions theme, castells, or human towers, are a unique Catalan tradition that was given UNESCO World Heritage status in 2010. Towns across Catalonia hold competitions to see who can make the tallest human tower, an activity that is particularly popular during fiestas. The towers usually comprise of men, women and children at the top, and are a sight to behold as people scramble over each other and balance precariously on each other’s shoulders. Definitely not one for the faint-hearted. 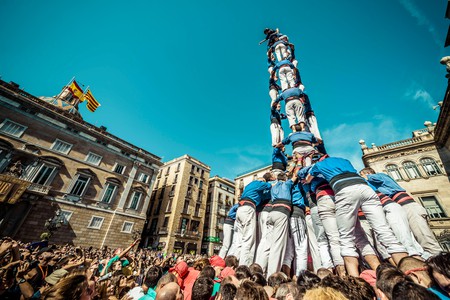 While you can enjoy plenty of tapas in Catalonia, there are certain dishes and drinks that come specifically from the region. Cava is perhaps Catalonia’s most famous export, with the sparkling white wine enjoyed throughout Spain and across the world. The region is also famous for calçots, a kind of spring onion that even has its own festival, and its take on the classic paella (originally from Valencia), which in this northern area is called fideua and uses noodles instead of rice. There’s also the classic pa amb tomàquet (‘bread with tomato’) – the quintessential Catalan breakfast of bread with tomato rubbed on it and a drizzle of olive oil over the top. Delicious. 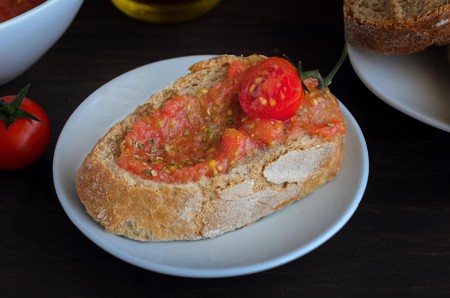 No one can visit Barcelona, Catalonia’s biggest city, without noticing the huge influence of the artist Antoni Gaudí. The Catalan architect was born in the town of Reus in 1852 and became one of the most famous practitioners of Catalan Modernism. His structures pepper the skyline, from the iconic and as yet unfinished Sagrada Família and the mosaic masterpiece of Parc Güell to La Pedrera, Gaudí’s dreamy vision come to life. 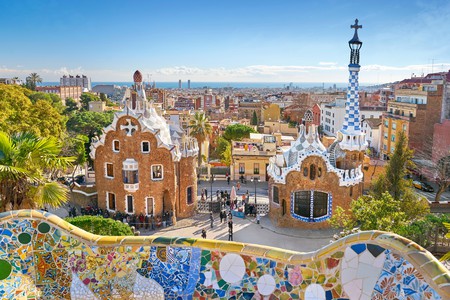 Catalonia has some of its own unique bank holidays that are not celebrated across Spain. For instance, La Mercè is the celebration of Barcelona’s patron saint Our Lady of Mercy, or La Mare de Déu de la Mercè in Catalan. Another example is Sant Esteve, celebrated on 26 December in Catalonia and Catalan-speaking regions such as Valencia and the Balearic Islands. While each of Spain’s autonomous provinces has its own local bank holidays, the Catalan bank holidays are taken seriously, as an assertion of the individual Catalan culture.

Though flamenco is often seen as the epitome of Spanish music, there’s no tradition of this ancient art form to be found in Catalonia. While there are plenty of flamenco tablaos in Barcelona and other major cities, these mostly appeared to answer the tourist demand for ‘Spanish’ entertainment. Instead, Catalonia has its own music and dances, such as the sardana – a traditional group dance performed at popular celebrations and musically accompanied by a specific type of band known as coral. 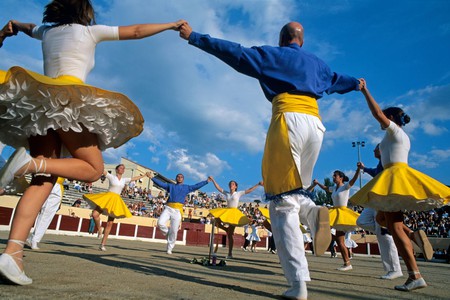 The Catalan economy is in a very different state to the rest of the Spanish economy, and has for a long time been the industrial powerhouse of the country. From the Industrial Revolution onwards, Catalonia specialised in the production and trade of textiles. More recently, the region has become a centre for communication technologies and even finance, with much of the industry concentrated in Barcelona.

There is a long history of tension between the Catalan government and the Spanish federal administration. Catalonia has its own judicial system as well as its own civil law. The Catalans also have their own police force – alongside the Guardia Civil and Policia Nacional – known as the Mossos d’Esquadra. Catalonia, along with Navarre and the Basque Country, are the provinces in Spain with the most political autonomy. 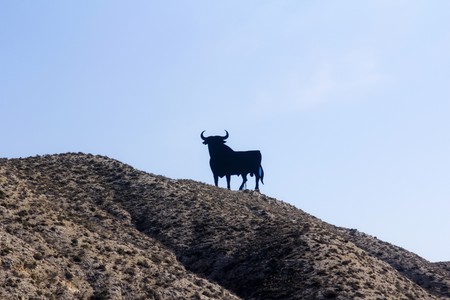 Bullfighting is a contentious issue in Spain, with many younger generations and progressive people opposing the cruelty to animals for sport | © Ja'Crispy / Getty Images

Last but not least, Catalonia was the first Spanish mainland province to ban bullfighting. The Catalan Parliament voted on the ban in 2010 and the law was implemented in 2012. However, the Spanish Constitutional Court overturned the ban in 2015, claiming that it went again the Spanish constitution and that an autonomous province did not have the right to ban bullfighting outright. This has since become another highly contentious aspect of local politics and another point of antagonism between Catalonia and the Spanish federal government.

This article is an updated version of an article by Jessica Jones.