How to Celebrate Life at Spain's Near Death Festival 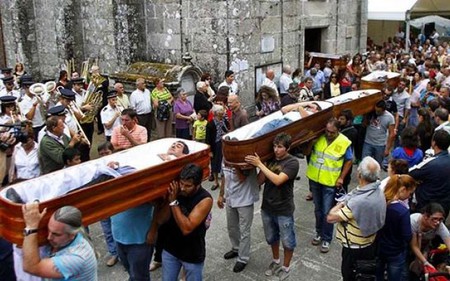 Spain has lots of bizarre and quirky festivals, from burning giant sculptures and bull running to tomato fights, wine battles and even baby jumping. None may be quite so strange, however, as the coffin festival, which is more commonly known as The Festival of Near Death Experiences or by its local name – the Fiestas de Santa Marta de Ribarteme.

The festival is held in the small village of As Nieves in the municipal of Pontevedra in Galicia, and is held every year on July 29. Galicia is Spain’s westernmost region, bordering Portugal to the south and the Atlantic Ocean to the west and the north. The festival is held here because it’s home to the Iglesia de Santa Marta de Ribarteme, the church dedicated to Saint Martha. 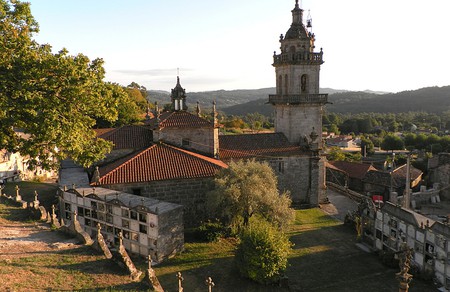 The town of Pontevedra in Galicia, near where the festival takes place | ©Gabriel González / Flickr

What happens during this bizarre festival?

During the event, people who have had near death experiences that year will travel to the village of As Nieves, along with their family and friends. Upon arrival, they will climb into coffins and pretend to be dead, while their family carries them through the streets, along with processions of mourners. People who have had no near death experiences in the family that year must carry empty coffins to show their respect. This strange parade of death-cheaters, families and mourners culminates at the cemetery of the Church of Santa Marta de Ribarteme, where prayers to the statue of Santa Marta begin. The pilgrims pray to the Saint, saying: ‘Virgin Santa Marta, star of the North, we bring you those who saw death’, after which they give thanks that their lives were saved and give a gift to the Saint, usually in the form of money. 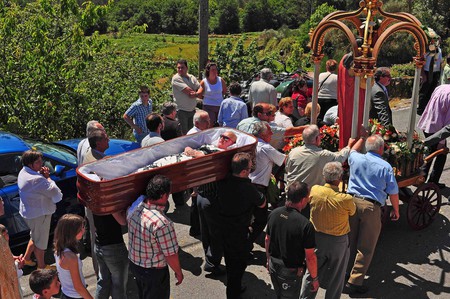 The festival ends as most Spanish festivals do, with lots of eating, drinking, dancing, music and fireworks. People gather round to here to revellers’ wild stories of how they cheated death, often with plenty of profanity thrown in, and begin to feast. One of the most typical dishes that will be served is Pulpo a Feira, Galician-style octopus, which is boiled, sprinkled with paprika and eaten on a thick wooden plate, often with potato slices at the bottom. There will also be lots of the local Albariño wine to sample, as well as many stalls selling religious icons and trinkets. 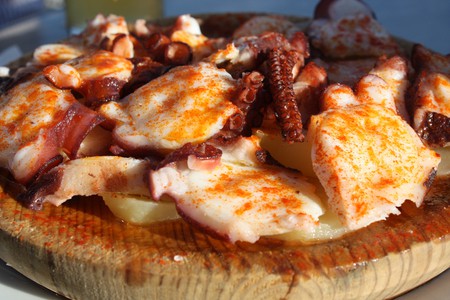 Why do they do this?

The festival has roots in both Christianity and paganism, and since many Spanish people are both religious and superstitious they have kept the tradition alive. They believe that it is important to thank the Saint for saving their lives and that she will keep them safe in the year to come. It’s also a great excuse for a party and to spend time with family and friends.