Reasons Why You Should Visit La Rioja, Spain 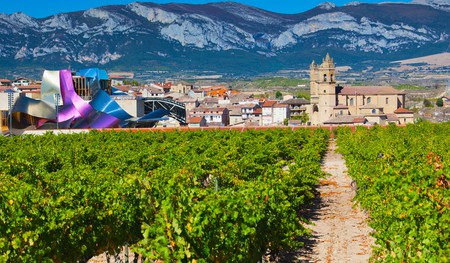 In addition to vineyards, La Rioja is home to some spectacular architecture, such as the Frank Gehry-designed Hotel Marqués de Riscal | © Danita Delimont / Alamy Stock Photo

To many of us, La Rioja means one thing: red, red wine. But there’s far more to this region in Spain than its precious vineyards. There’s also a lot of history packed into the area, with several Unesco World Heritage sites and monasteries, such as the Monasterio de Yuso, to keep your days busy.

While La Rioja is the smallest region in Spain, it features a surprisingly diverse landscape. The lush forests, jagged mountains, quiet stone churches and all-important vineyards in the area make dramatic backdrops for an evening spent swirling world-famous wines and tasting regional versions of tapas. It all adds up to make La Rioja an ideal destination for a unique retreat. Here are the top reasons why you should add it to your travel list.

The wine is world-famous 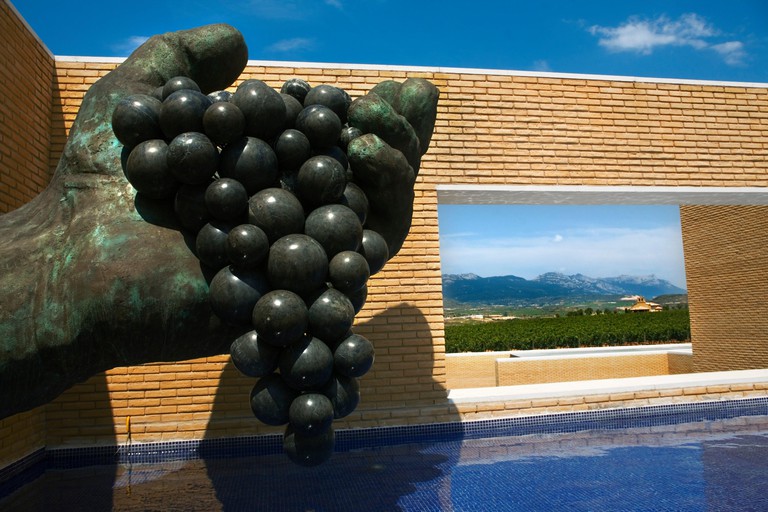 © agefotostock / Alamy Stock Photo
World-renowned La Rioja is home to more than 500 vineyards, producing around 300m litres of wine between them each year. Connoisseurs and wine amateurs alike should book a tour at Bodegas Muga, where you can learn about the winemakers’ techniques and, of course, taste your fair share of the velvety nectar as well. Also, if you’re interested in the history of the grape, stop by the Vivanco Museum of Wine Culture, featuring five permanent and various rotating exhibitions dedicated to the art of winemaking.

La Rioja has its own kind of tapas 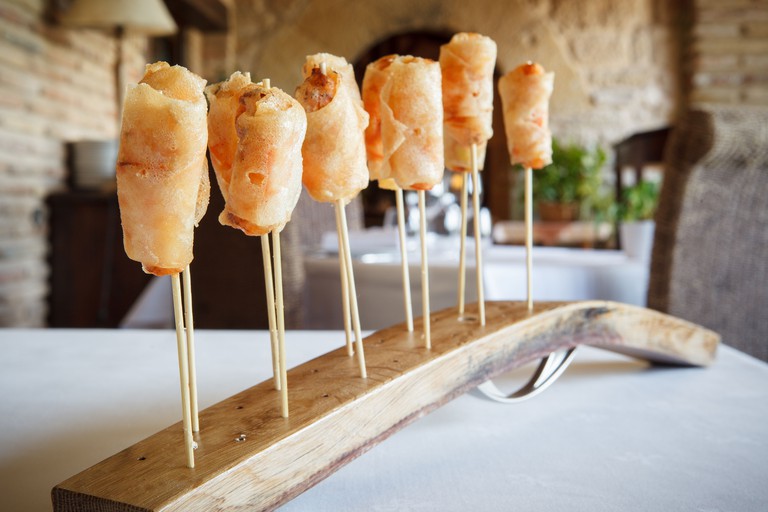 In La Rioja, tapas are a bit different than those you’ll find in the rest of Spain. The streets in the regional capital, Logroño, are densely packed with tapas bars, with many specialising in one particular dish. These smaller meals are called pinchos, and it’s standard practice to bounce from one bar to the next to sample the plates – similar to a bar crawl but infinitely classier. Bar Soriano serves delicious garlic mushrooms and shrimp, while Umm No Sólo Tapas offers creamy croquettes. Elsewhere, Bar El Perchas is known for its pig ears stuffed in a bun. Start hungry and visit as many places as you can.

It has beautiful old churches 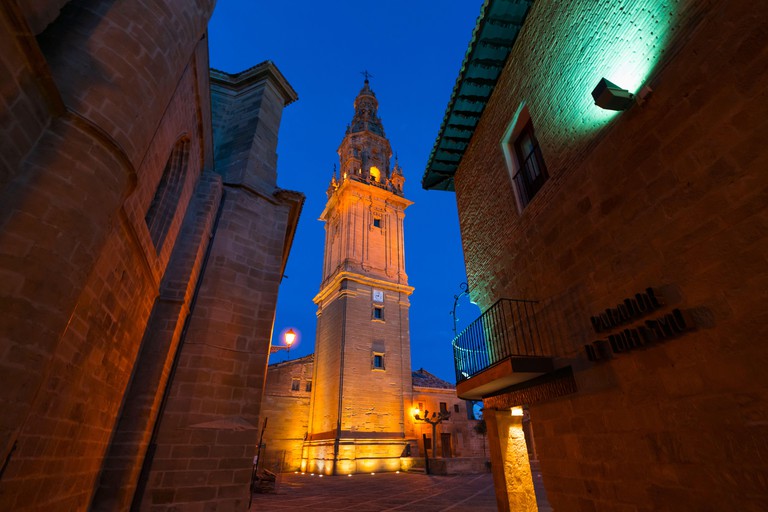 While the Cathedral of Santo Domingo de la Calzada dates back to 1158, it continued to be modified until the late 16th century, with newfangled features such as a baroque tower and circular skylights added. Visit after dark for the night-time tour, which uses colourful lights to guide you through its various gilded ornaments. Up next is a guided tour of the ochre-brick Monasterio de Yuso. This church’s interior is so elaborate that it’s described as “decadent gothic”.

You can pelt your friends with wine 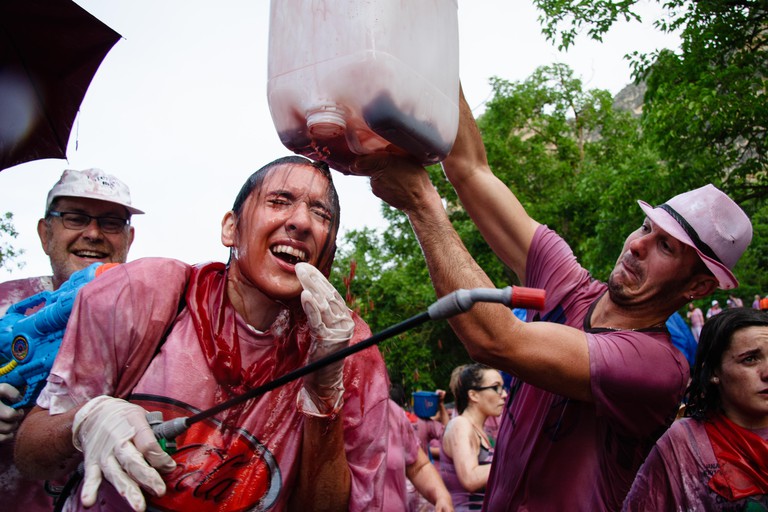 Get ready for the booziest fight of your life. The Haro Wine Festival takes place on Saint Pedro’s Day each year – 29 June. After a 9am mass (to repent for what you’re about to do next), the whole town prepares for La Batalla del Vino (the Battle of Wine). Local winemakers supply tankers that participants use as ammunition for an all-out wine war, dowsing everybody in sight with the staining red liquid. When enough white shirts have been ruined forever, the competitors head to Plaza de la Paz for live music and even more drinking.

The landscape is wonderfully diverse 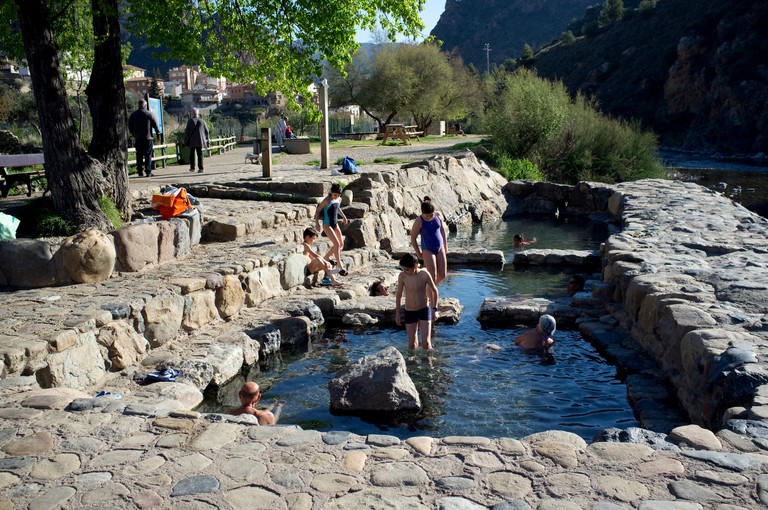 Build up an appetite for your nightly wine and tapas tastings by hiking through the diverse nature parks dotting La Rioja. Take a stroll along the wide, mirror-like River Ebro, or journey through the lush forests in the Sierra de la Demanda foothills. Also, venture to the southeastern valleys to find the hot springs of Cidacos and Alhama, a Unesco Biosphere Reserve. There are several thermal spas and outdoor pools to enjoy here, framed by pebbles and clear as crystal, and many are free to dip into. 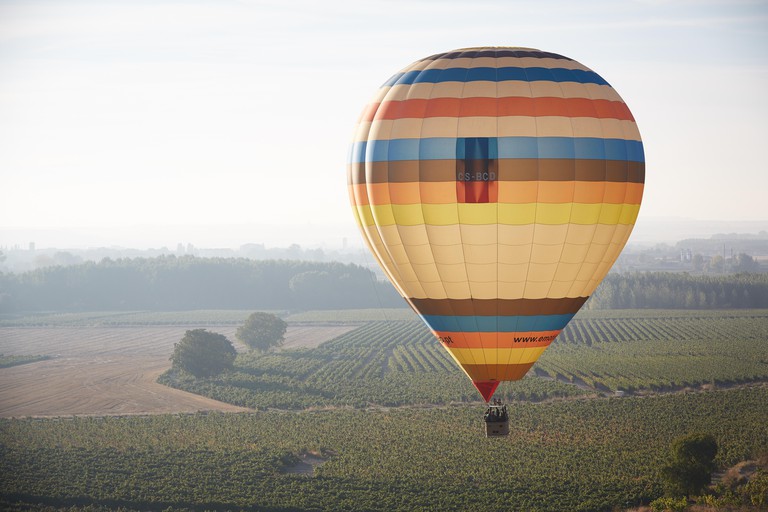 Looking to inject some adrenaline into your trip? Pedroso Canyon hosts canyoning excursions that cater to people of all levels. If you’re feeling brave (and brought a change of clothes), rappel down the side of a waterfall. For something a bit slower yet equally thrilling, go up in a hot-air balloon to get a bird’s-eye view of the wineries that you’ll probably be visiting later. Then, there are numerous horseback-riding tours for when you get back down to earth.

You can hike an ancient pilgrimage route 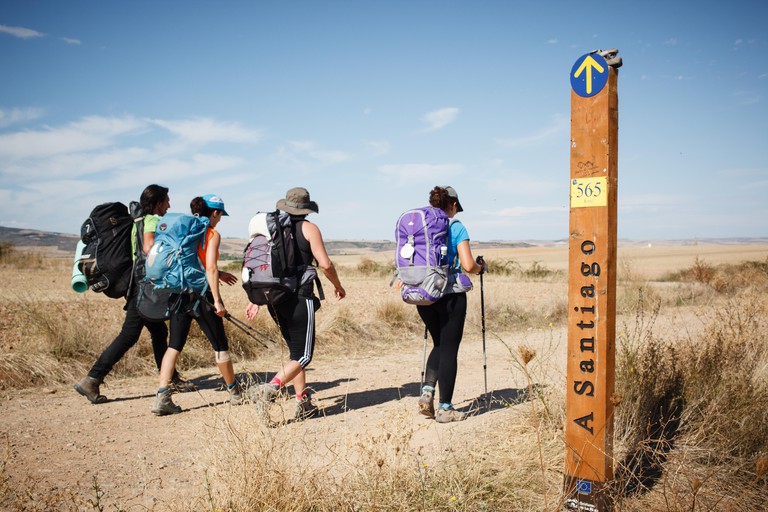 The Camino de Santiago is also known as the Way of Saint James. This ancient pilgrimage is a collection of different walking and cycling trails, though they all lead to the Cathedral of Santiago de Compostela in Galicia, where Saint James the Great is rumoured to be buried. One of these routes, the French Way, winds through La Rioja and is a great way to take in the region’s mountains and rivers.

You can take a day trip to Bilbao 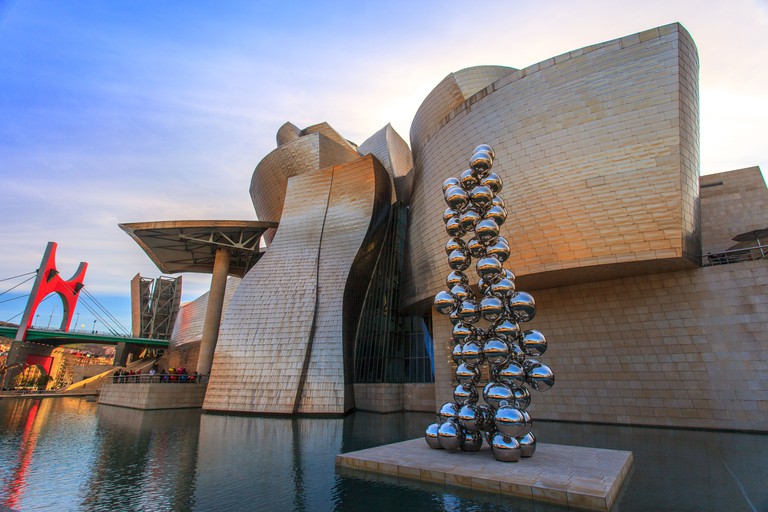 La Rioja is incredibly close to Bilbao, at just a 60mi (97km) drive away, meaning it’s easy to rent a car for the day and venture out to see what it has to offer. Stop by the Guggenheim Museum Bilbao, sitting on the riverbank like an enormous, titanium ship. Afterwards, nibble on fresh Bay of Biscay seafood at the Ribera Market, or simply pull up a chair in one of the many tapas bars. Bilbao is one of the closest airports (and ferry ports) to La Rioja, so you can start or end your holiday with a cultural weekend in the city.