Potluck: How This Film Captured the Spirit of Barcelona Living 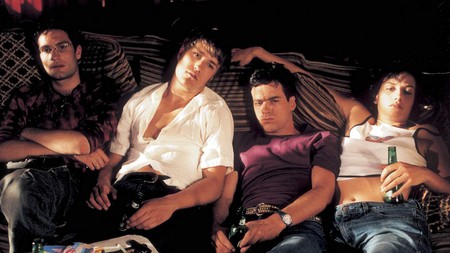 When Cédric Klapisch released his Barcelona-based film Potluck (L’auberge espagnole) back in 2002, the city was already idolised by young people across Europe as a place where it was easy to have fun. But Barcelona also embodied certain ideals that resonated with an entire generation of Europeans. This is how Potluck immortalised the essence of what has drawn so many people to live in Barcelona over the years.

For those who haven’t seen it, Potluck is a film about a young, French economics students named Xavier (Romain Duris) who decides to study in Barcelona for a year in view of securing a job at a ministry when he returns. He leaves behind his heartbroken girlfriend, Martine (Audrey Tautou), and arrives in the city without knowing anyone.

After much difficulty finding somewhere to live, he eventually lands in a flat-share with five other students. All six flatmates hail from a different European country. The film follows the ups and downs of Xavier’s year abroad: his romantic liaisons, his new friendships and the challenges of six people from different countries all living under the same roof. All this against the free and unpredictable backdrop of Barcelona.

At its simplest, the film presents Barcelona as the city that so many young Europeans dream about. A city that evokes long nights listening to live music and drinking cheap beer, afternoons spent at the beach with friends and an all round sense that life should be about enjoying yourself.

One scene in the film shows the housemates embarking on a crazy night out. They eventually end up gathered around a bench on a square in the Old Town, singing along to someone playing ‘No Woman No Cry’ on a guitar. As cliché as it may seem, this is precisely the kind of experience that so many young people came to Barcelona looking for.

Around the time the film was made, it had barely been a decade since Barcelona had undergone a widespread urban revamp in honour of the 1992 Olympic Games hosted by the city. The city was enjoying a heyday like it had not experienced since the time of Antoni Gaudí and his Modernist peers. There was a vitality in the city and a feeling for many at the time that the future was bright. 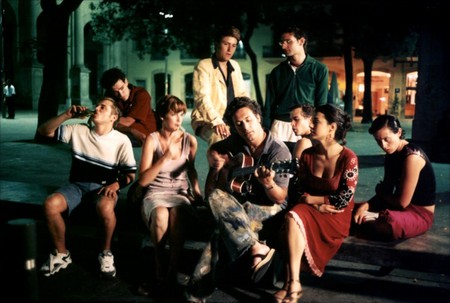 A still from Potluck | © Mostly Movies

This was the Barcelona of before the financial crisis of 2008, before mass evictions, and before widespread gentrification of the city centre. Tourism had already shot off but had by no means reached the arguably excessive volume it has today in the era of ‘Tourists go home’ banners. There was still an air of mystique to the Gothic Quarter’s streets and locals still just about lived there. Barcelona in the eyes of many young Europeans was a place you could have fun.

But it wasn’t just the nightlife and carefree spirit that seemingly reigned across the city that attracted so many people like Xavier to Barcelona. There was also something about the multicultural nature of the city – the coming together of people from different countries and different backgrounds – that appealed to a whole generation of Europeans who believed in a shared future.

The film’s original title is L’Auberge Espagnole or ‘The Spanish Inn’. Xavier at one point uses the expression to describe the situation in the flat, explaining that it means a place where everybody gets out what they put in. Each of the housemates brings something different to the household, all seeking a harmonious balance; albeit a fragile one, as we’re reminded by the arrival of British housemate Wendy’s culturally insensitive brother. 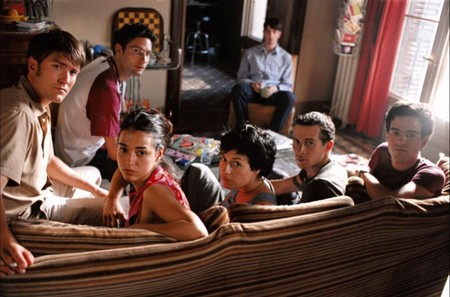 The Schengen Area agreement became effective in 1999 and made it easier than ever to work and live across Europe. Cities like Barcelona are where a whole generation of Europeans got to know each other, often through schemes such as the Erasmus program, which Xavier enrols on. It probably won’t come as much of a surprise that Barcelona pretty much invariably has topped the list of most popular Erasmus destinations over the past 15 years.

Finally, if living in Barcelona is about meeting people from different places, it’s also about self-exploration. The notion of identity and its multiplicity reappear frequently throughout the film, most explicitly in a scene where Xavier discusses identity with some local students. They explain that they feel both Spanish and Catalan, each and both at the same time.

Xavier himself is both a committed boyfriend and a sexually curious 24-year-old; an aspiring economist and a budding writer. Barcelona itself is both an ancient city with an historic Old Town and one of Europe’s most advanced ‘Smart Cities’. If this duality exists in many people and in many places, the film suggests there’s something about Barcelona – its openness – which makes it easier to accommodate it, or even to live it out to its fullest. 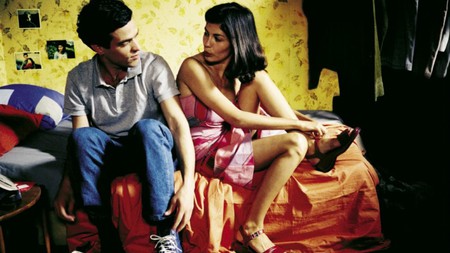 Kalpsich’s film depicts a Barcelona that many millennials will recognise. Yet both the city and the wider context in which it exists have changed considerably since the film came out. For one, soaring rent prices mean Barcelona is increasingly out of bounds to many students these days. The Catalan political turmoil of last year has also affected the city. What’s more, Europe itself is in the throws of one of the worst identity crises it has experienced yet. Yet fortunately, for now, there still appears to be something of Klapisch’s ‘Spanish Inn’ left in the city – it’s just a little harder to find.