Picos de Europa: 11 Reasons Why You Should Visit Spain's Most Underrated Tourist Attraction at Least Once 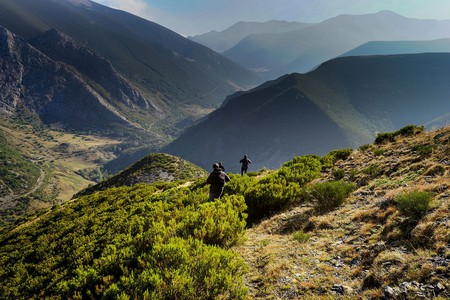 Picos de Europa, a national park located in the north of Spain between Cantabria, Asturias and Castilla y León, is one of the least known and most underrated areas of the country. The mountainous peaks in the region are said to have been one of the first things sailors would see on their return to Europe from the Americas, which is how they got their name. Here’s why you should visit the Picos de Europa at least once in your life.

It’s home to the best hiking routes in Spain

Picos de Europa is home to some of the best hiking routes in the whole of Spain. This includes day-hikes such as the stunning Cares Route, which runs along the Divine Gorge and is around 12 kilometres (7.4 miles) long. Others worth noting are the route from the Fuente Dé cable car, which soars past the peaks of Tesorero, Horcados Rojos and Peña Vieja, as well as the Ordiales Scenic Balcony Trail, offering some of the most beautiful vistas and measuring 11.2 kilometres (6.9 miles) in just one direction. 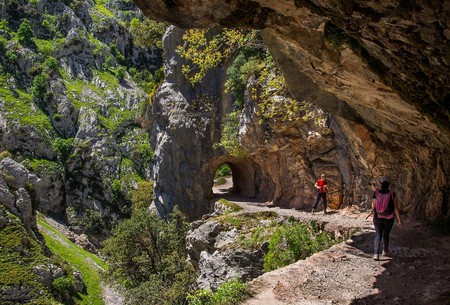 You can get to it by train

Many national parks cannot be visited by public transport, but fortunately, Picos de Europa is accessible via a train station at the park’s gateway—Cagas de Onis. If you’re coming from Madrid, you can hop on the train in the Asturian capital of Oviedo, which will take you zipping past the mountainous peaks in comfort.

A visit here allows you to experience three different regions

The Picos de Europa National Park sits between three unique and very different Spanish regions—Asturias, Cantabria and Castilla y León—and is therefore the perfect place to start your exploration of all three. Asturias is known for its rolling green countryside, delicious cheeses and cider, while Cantabria is known for its dramatic coastline and traditional fishing villages. Castilla y León is a historic region dotted with magnificent castles, palaces and famous cities such as Salamanca.

It’s home to an array of wildlife

The national park is home to a host of wildlife, and if you’re lucky, you may be able to spot some. One of the most common sights is the majestic golden eagle, which typically soars above the mountains, or the chamois hiding in the high rocky ledges of the mountains, showing off its magnificent horns. There are also deer, wild boar, bats in the caves and owls in the forest. In the mountain streams, you’ll find everything from otters, trout and salmon to alpine newts and snakes. 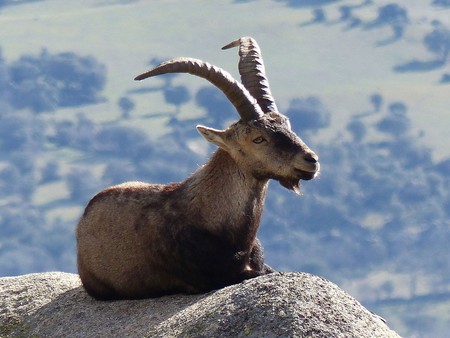 The Picos de Europa National Park is so spectacular, that it’s been recognised by UNESCO and declared as a Biosphere Reserve.

The Picos de Europa National Park is a great place to try out a variety of adventure sports. As well as hiking, there’s everything from via ferrata and canyoning to caving, mountain climbing and kayaking. Weather you’re a novice or an expert, you’re sure to find something here that you love. 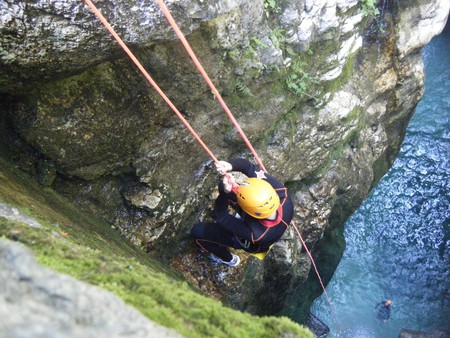 You can experience tiny isolated villages in the mountains

Surprisingly, the high passes of Picos de Europa are actually home to a few villages. One of the most well known is the village of Bulnes, which up until 2001, was only reachable by hiking up a steep narrow mountain path. Today, there is a funicular railway that travels across the mountains from Poncebos.

Known as the Covadonga Lakes, Lakes Enol and Ercina are two of the most beautiful sights in the park. Surrounded by green pastures of cows and wild horses in summer and snowcapped peaks in winter, they are stunning during any season. To see them up close, take the Covadonga hiking route around the lakes from the Covadonga Sanctuary. It measures 12 kilometres (7 miles) to reach the first lake, but is definitely worth the effort. 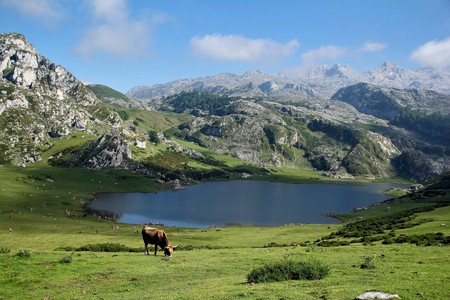 Go hiking around the Lakes of Covadonga in Asturias | © Daniel_Nebreda / Pixabay

To visit the Royal Site of Covadonga

The Royal Site of Covadonga is located at the western edge of Picos de Europa, in the Picos de Cornión, and is visited by thousands of people every year. It’s located in a mountain grotto and features an image of the Virgin Mary.

It’s the perfect place to get away from it all

The Picos de Europa National Park is the perfect place to simply get away from everything and relax. If the crowded sights of Madrid or Barcelona become too much during your visit to Spain, a trip to this natural sanctuary is exactly what you need.