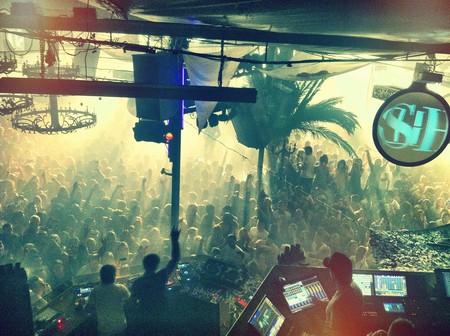 While the iconic cherry symbol can be seen outside its clubs around the globe, the most famous is undoubtedly the one in its spiritual home. Pacha Ibiza opened in the 70s, back when the island was a little known bohemian retreat. Here’s a look at the history of this legendary institution in the world of clubbing.

Ask anyone where the best place for dance music was back in the 90s, and you can be sure to hear mention of the Spanish island of Ibiza. Located in the Mediterranean sea, this small part of the world has been attracting party goers since the 70s when a handful of music lovers decided to experiment with dance and techno music in makeshift nightclubs. Back then, the concept of a nightclub was still something of a novelty and many of the first places to start inviting DJs were converted farm houses and abandoned buildings.

While today Pacha is a particularly iconic club on the island and the home of its official headquarters, the group did not originate in Ibiza but rather across the ocean in the town of Sitges, just half an hour outside Barcelona. This is where brothers Ricardo and Piti Urgell decided to open the first ever Pacha club back in 1967 when disco music was still all the rage.

At the time Ibiza was still mostly frequented by artists, writers and other bohemians looking to escape the hectic lifestyles they associated with the mainland. The name for the venue was chosen as a result of a conversation between Ricardo and his wife who joked that they would be able to live like kings or ‘pachas’ – a type of sultan – with the money earned from the clubs. 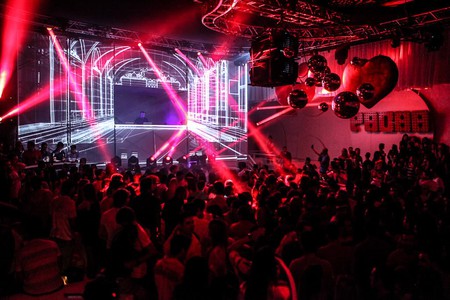 By the late 1970s the brothers decided it was time to open a club on the small island of Ibiza, which was already starting to be whispered about in certain circles. The venue was inaugurated in the capital, Ibiza town, and was one of the very first official nightclubs to open on the island. This was at a time when Spain was still under control of the dictator general Franco, and the idea of an all-night party in a dark room was one that quirked quite a few eyebrows.

The club first opened in a converted Ibizan villa that was initially just 450 square meter, large but rapidly started making a name for itself for playing what was at the time an entirely new genre: house music. This particular style had emerged around Detroit back in the late 1980s and soon made its way to Ibiza via the British isles. Where the United Kingdom seemed to be in the midst of an acid house fever – illegal raves popping up across the country – Ibiza offered an open-mindedness and laid-back atmosphere that couldn’t be found elsewhere. 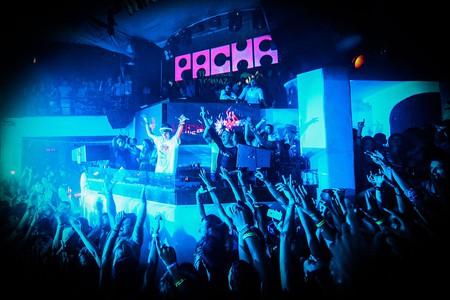 Fast forward a few years and by 1993 the club became what is now known as a super-club – able to accommodate up to 3,000 guests spread across five different rooms, each dedicated to their own genre. The main room is still the club’s house music mecca, but guests can also visit the Funky Room for soul, funk and disco; the Roof Terrace for a more chilled out lounge experience; Sweet Pacha for old school pop music; or the Global Room for R&B and hip-hop.

As recently as 2012, DJ Magazine ranked Pacha Ibiza third in the poll of the world’s 100 best nightclubs; the venue continues to be one of the most popular and respected amongst the island’s party-going crowds. It has had residencies by some of the world’s most eminent DJs including the Swedish House Mafia, Pete Tong, David Guetta and Bob Sinclair. Today a world-famous brand, Pacha is an institution of the Ibiza clubbing scene and remains true to the island’s original party spirit.