Movies To Get You In The Mood For Summer in Spain 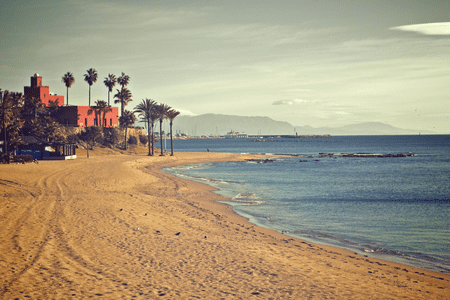 If the idea of a drizzly British summer is depressing but you can’t afford to splash out on a Mediterranean getaway in the sun, indulging in movies is the next best thing. Whether you lust after a chilled-out beach holiday on the Costa del Sol, long to wander down cobbled streets checking out the sights, or merely want to learn more about Spain, here are some essential films to check out.

Open Your Eyes, starring Penélope Cruz, is one of the most critically acclaimed Spanish films of the last 20 years. The film caught Hollywood’s attention and was remade as the not-so-successful Vanilla Sky (2001) starring Tom Cruise, with Penélope Cruz reprising her role. It revolves around César, an attractive playboy who ends up in a mental facility and can’t remember why. The memories that he does have lead him on a journey to discover the dark mysteries of his past and the women he seduced. Despite the dramatic themes of the film, its unequivocal Mediterranean setting means no list on Spanish cinema would be complete without it.

Pandora and the Flying Dutchman (1951)

An underrated classic, Pandora and the Flying Dutchman is set in the Catalan port of Esperanza in 1930, where glamorous expat Pandora works as a nightclub singer. As a typical femme fatale, she has many admirers but ignores all but the Flying Dutchman, an evasive man with an unknowable past. Pandora and the Flying Dutchman is packed with stereotypical images of Spain, including flamenco dancers and bullfighters, so it may instigate eye-rolling from some. However, the beaches of Costa Brava, where this film was almost exclusively shot, provide an authentic setting for a romanticised view of Spain.

If nothing else, you should watch this film just to hear Frank Sinatra attempting an overt Spanish accent. The Pride and the Passion is set during the Peninsular War, when Napoleon’s armies were invading Spain. Cary Grant as a British naval officer and Sophia Loren as a flamenco-dancer complete the predictable Hollywood love triangle. Such a Hollywood epic shot on location with biblical set pieces surely equated to a nightmare film production. However, the end result warranted the effort, as the panoramic views of the Spanish countryside alone make the film worth watching.

If you watch only one movie that is set in Spain, watch Vicky Cristina Barcelona. Directed by Woody Allen, the film follows two young American women as they spend a summer in Barcelona. One is studying for her master’s degree and is on the verge of getting hitched, and the other is an unknown actress who has just suffered another failed relationship. The women experience Spanish wine, music, and sunshine as they stroll along Las Ramblas, absorbing quintessential Barcelona life. Until, that is, they meet a sexy older Spanish artist who woos both of them. If you didn’t want to go to Barcelona before watching the film, you will once the closing credits roll.

Spain’s most famous and talented director, Pedro Almodóvar, is known for writing films that have strong thematic ties to his own life and influences. With Volver, he heads home to La Mancha, a region just south of Madrid, where he was born. Penélope Cruz heads up an eccentric female cast as a strong-willed mother trying to protect her 14-year-old daughter. A surplus of bad luck and satirical events take her and her equally strong-willed female family members all over Madrid. This is not a Madrid you might read about in guide books. With Almodóvar’s trademark sardonic humour and colourful characters, Volver is sure to get you excited about a riotous Spanish city break.

The Camino de Santiago (also known as The Way of St. James) is a Catholic pilgrimage beginning in France and ending in the Spanish city of Santiago de Compostela, where St. James is said to be buried. Whilst many pilgrims still walk the route for religious motives, some see the spiritual benefits of such a journey even without a Christian faith. In The Way, Martin Sheen plays an optician who has barely left his office, let alone the USA, when tragedy strikes. He heads to the Pyrénées, where grief motivates him to walk the Camino with no training and no idea what he has let himself in for. This is a film where the journey is much more compelling than the destination, though the destination is pretty beautiful, too.

Though this is the second Pedro Almodóvar film on this list, he is solely responsible for the most critically acclaimed Spanish films in the last three decades. Set in Madrid, Women on the Verge of a Nervous Breakdown is a high-speed black comedy that can barely keep up with its characters. Pepa Marcos works as a voiceover artist who dubs foreign films, and her boyfriend, Ivan, has just left her. There is the catalyst that starts a string of events involving Ivan’s son and fiancée: gazpacho spiked with sleeping pills, Shiite terrorists, a motorcyclist and his angry girlfriend. Not only does the film ooze more Spanish than maracas, it’s probably one of the best films starring women you will ever watch.