Meet David Martí, the manager and co-owner of DDT, a special makeup effects studio in Barcelona. DDT studios first opened its doors in 1991 and has ever since dedicated time and passion to create sensational, scary and captivating creatures for both Spanish and international films: Bad Education, Talk to Her, The Sea Inside and Crimson Peak, to mention few. Together with his colleague and co-owner Montse Ribé, David won an Oscar for the best achievement in makeup for Guillermo del Toro’s film Pan’s Labyrinth (2006). You can find David on Instagram – meanwhile read what David shared with us. 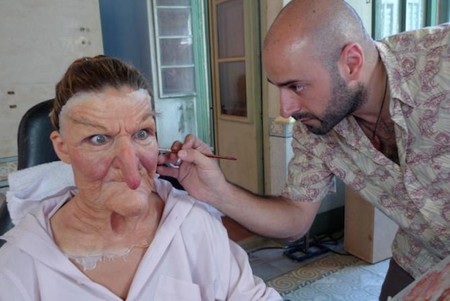 What is the most unusual request you’ve had’

Well, that was back in 2001 when Pedro Almodóvar (All About My Mother, The Bad Education, Volver) asked us to make a giant vagina for his film Talk to Her. It appears in the movie inside a movie called The Shrinking Love, a fake black and white mute film. That was the weirdest thing we have ever done, for now.

Well, you need to be a sculptor, a painter, a makeup artist, a mold maker, a chemist and almost a therapist. So think twice before you get involved in this field, this is not a Face-off TV program. It’s about passion and sacrifice. If you are ready to sacrifice your social life, friends and family to create all kinds of characters and monsters, well, then we can sit down and talk about it.

We just saw the opening of the last Guillermo’s movie, Crimson Peak. We finished A Monster Calls, the new J.A Bayona movie. And we are currently making an orca whale for a Spanish production and are preparing a lot of other projects too. Sadly, all the big projects are strictly confidential. So I can’t really talk much about it for now. 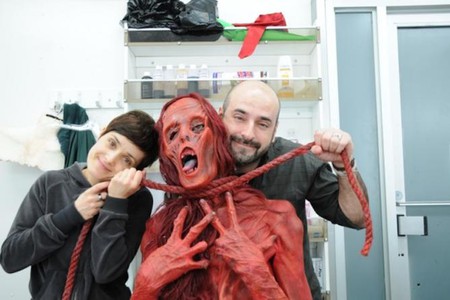 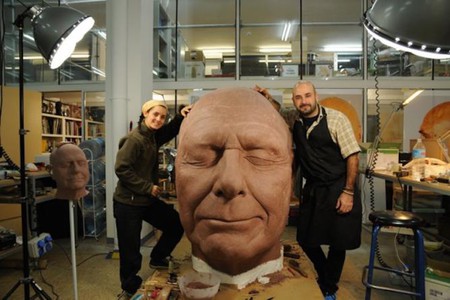 A fantasy film! Pan’s Labyrinth was a dream come true. But we want to be involved in more fantasy!

Tell us something no one knows about you?

Mmmm, if no one knows that about me it’s because I don’t want to let them know. LOL. But… Ok…That I’m willing to open a coffee shop business in Barcelona. But cafés are really hard to open here.
If you could have dinner with anyone in the world, dead or alive, who would it be?

Steven Spielberg, no doubt.
How would you describe DDT Studios?

I would describe DDT as a big family-team where nobody has the arrogant pretentious behavior of ‘artists’. We do everything together and everyone here knows where his/her place is. We love to have brainstorming meeting processes, where everybody can share their ideas and thoughts. We are more like a group of friends that gets together to work and try to have as much fun as possible, doing something creative that is basically a new challenge in every job.