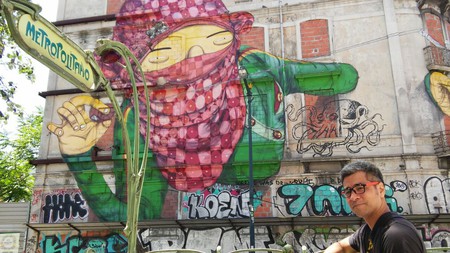 Brian in the streets of Lisbon | Courtesy of Brian Reedy

Brian Reedy is a transplanted Catalan originally from the Northeastern USA who has just completed his first decade in Barcelona. He pays the bills working as an English teacher, translator and Cambridge examiner. On the side, he enjoys spending time with his three cats, sipping bourbon Manhattans and combing the streets of Barcelona or any place he happens to be in search of interesting street art, which he shares on his popular blog, Barcelona Street Scraps. In the future, he would like to expand the scope of his blogging beyond street art and perhaps get into podcasting or vlogging, and most importantly, find the best place in Barcelona to enjoy a ‘petit vermut.’

Brian in the streets of Lisbon | Courtesy of Brian Reedy

I haven’t really been around long enough to have experienced anything truly out of the ordinary, but perhaps the idea of giving a street art tour to a group of pensioners.

I would say the most important thing for someone who’s starting out as a blogger is to be consistent. Choose a publishing schedule, two posts a month is mine, and stick to it. No more, no less. That said, I’ve broken my rule a few times since establishing it.

Well, the truth is, I haven’t been nearly as ambitious as I could be in promoting myself and my work. Any exposure I’ve received has come my way because someone reached out to me. I know and work with some really interesting people in the art/fashion/publishing scenes here in Barcelona, and I really need to start taking advantage of those connections. I’d be especially interested in continuing with the translating work I’ve done, as well as getting into podcasting or vlogging. 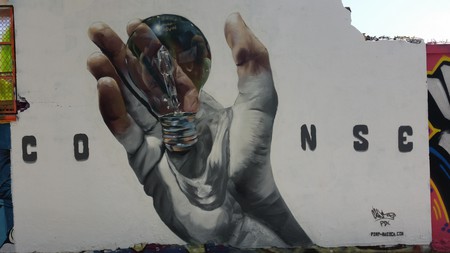 What’s the first thing you do in the morning?

Quite sad, but generally speaking I check my phone. First emails and replies to Facebook posts or messages that might have come during the night from my friends on the other side of the ocean, then a quick check of the traffic on my blog. My cats can hear when the phone has been lifted from the nightstand and generally only give me about a two-minute margin before they start howling for breakfast.

Probably Steven Pinker. His work on language and the mind is quite fascinating, and changed the way I look at both. Would love to pick his brain over tapas. 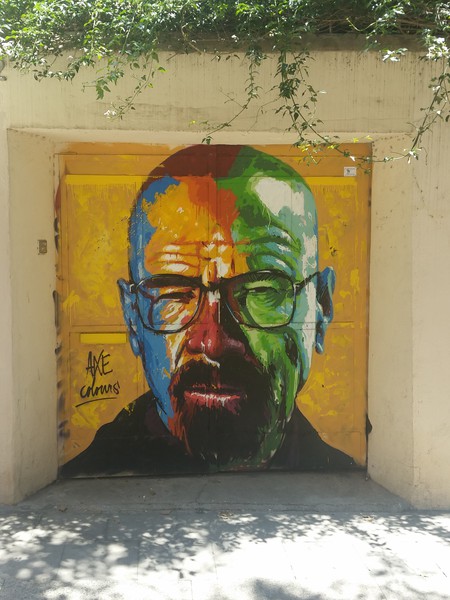 How would you describe Barcelona Street Scraps in 80 characters?

Street art from Barcelona and beyond through the eyes of a non-artist.
Apple or Android? Android.

Coffee or tea? Café solo (espresso) with a shot of (preferably Bourbon) whiskey on the side.

Fame or money? Money would be nothing without the ability to waste it anonymously.

Disneyland or Dismaland? Dismaland. After having spent a few summers working in a theme park, the magic is definitely gone from the kingdom.

Train or plane? Either one as long as I’ve got an aisle seat. Can’t stand having people on all sides. 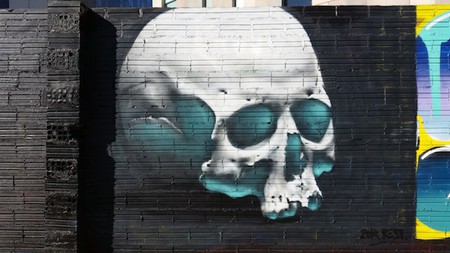