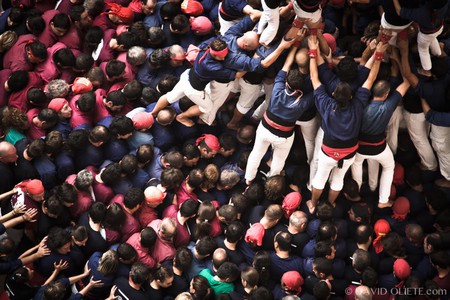 One of the most unique cultural traditions of Catalonia, castells are human towers which can sometimes reach death-defying heights. Photographer David Oliete has spent over 10 years trying to capture the incredible world of the castellers to shed light on the courage, skill and camaraderie of these performers.

Culture Trip: Tell us a little bit about yourself; what’s your background and how did you get started as a photographer?

David Oliete: I guess I had to be a photographer… At home, when I was a child, there was a camera all the time. My grandfather was a photographer and my mother is a photographer as well, so I guess at that time my future was expected to be linked to a camera. I understand ‘photography’ as a way to make people think. A way to tell stories, to understand what is going on around us: next to our neighbours, or far away home. 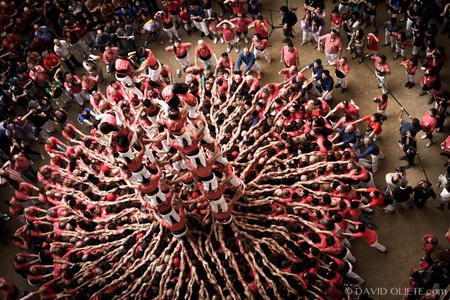 CT: You did a series entitled Human Towers about the tradition of castells. What are they?

DO: The castells (human towers in Catalan) have been one of the most important cultural traditions in the region of Catalonia and have become part of the identity of Catalan people.

The castells are traditionally built-in festivities and competitions in the region of Catalonia in Spain. During these events, each team (known as colla) builds and dismantles its own human towers. For their success, a crowded and stunning base of hundreds of people needs to be previously perfectly set up.

One of the biggest human tower competitions in the world is named Concurs de Castells and takes place only once every two years in the city of Tarragona, with the participation of teams from all around the region. 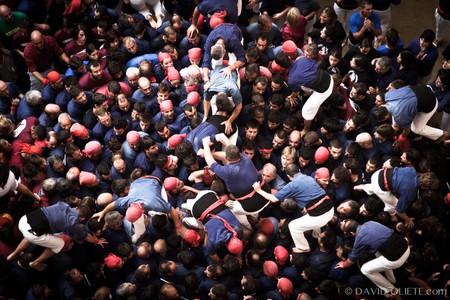 CT: How many people participate in a castell?

DO: It depends on how many levels it has. Smaller towers can be built by 70 to 100 people, but bigger teams can build towers with more than 400 people. 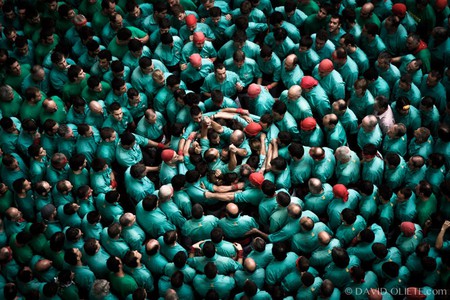 CT: Where does this tradition originate from? Is it a popular tradition?

DO: The castells were born more than 200 years ago in the Catalan region of Tarragona. ‘Strength, balance, courage and common sense’ has become their motto. In 2010, the castells were declared by UNESCO to be amongst the Masterpieces of the Oral and Intangible Heritage of Humanity. 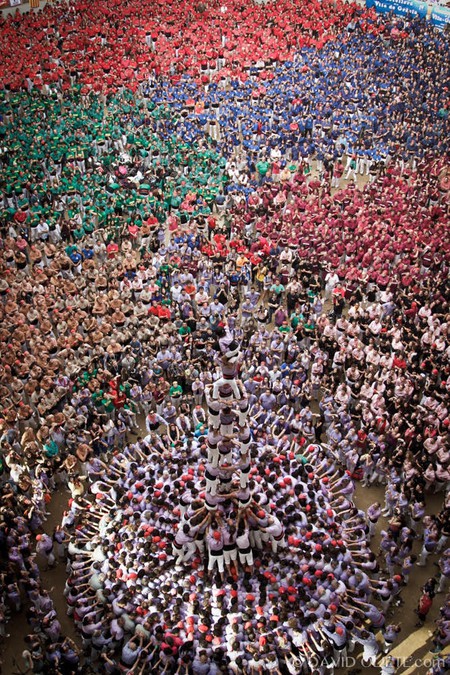 A tower is built | © David Oliete

CT: What attracted you to this subject?

DO: Its values. What they transmit is absolutely amazing. When you see all these men, women and children working and moving together, helping each other while they try to build and dismantle the tower, you feel astonished. However, I really believe you need to enjoy them in live to truly understand what they really are and what we, most of the Catalan people, feel when we build these towers. I absolutely recommend anybody to come to Catalonia and enjoy this tradition in person. 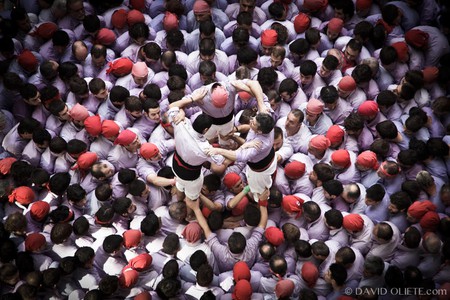 A human tower being set up | © David Oliete

CT: How did you manage to capture the castellers in action?

DO: I have been taking pictures of castellers more than 10 years. During this time, I have learned how to move, where to go and where not to be if I want to get a good shoot of a casteller, or tower. It is not an easy job, since normally the places where human towers take place are quite packed with people. However, finally you get used to working in such a complicated (and amazing) environment. I guess the power of the event makes your work easier. 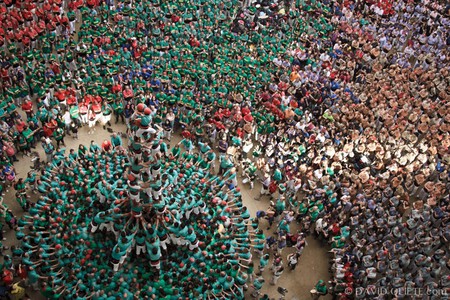 CT: The individual seems to disappear into the mass, the whole in these pictures. Is that what it’s like in a real castell?

In castells, the individual is absolutely nobody. Nothing is possible without team work. Nothing.

CT: What’s the best thing you saw while shooting the castells?

DO: I’ve been so lucky to have lived many marvellous moments photographing the castells. When you get close to take the picture, you can almost feel what they feel when the children get to the top of the tower, or even when they collapse. Everything is part of the tradition and I try to transform these emotions and feelings in pictures. The best thing is when your pictures make people get interested in castells. 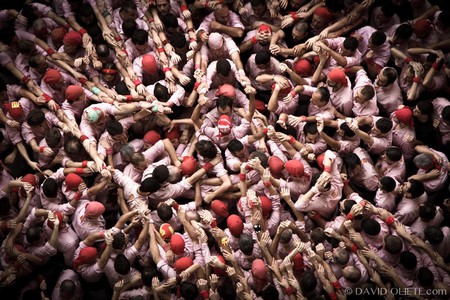 The building of a human tower | © David Oliete

CT: Did you ever see any castells collapse? Is it ever dangerous?

DO: Of course, many times. It is part of the tradition. Fortunately, the number of injuries during a human tower event is really low and all the teams are aware of the importance of safety. 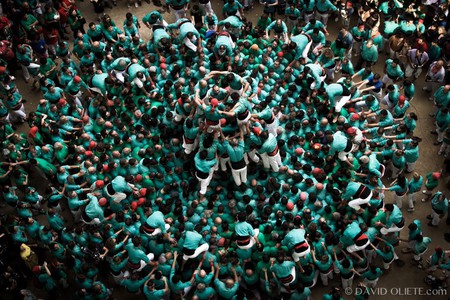 Forming a strong base for the tower | © David Oliete

CT: Have you ever participated in a castell? Would you want to?

DO: I have been part of a tower base sometimes. It is an impressive experience. However, I really feel that my place in a human tower event is anywhere behind my camera.