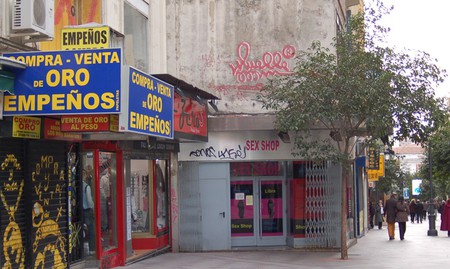 Muelle, often designated by the Spanish as the “Banksy of Spain,” is a pioneer in the street art movement in Madrid. He was born as Juan Carlos Argüello Garzo in 1965, but goes by his street name. The artist started out in the 1980s during the Movida Madrileña, or the Madrid movement, an important time in Spain’s history, as the country began to emerge and grow in new directions after Franco’s dictatorship ended. All things that were previously forbidden began to make their mark; street art was one of them.

Muelle began creating his graffiti in the Campamento neighborhood of Madrid. One of his most famous marks was his signature, which he would leave around Madrid, complete with an arrow at the bottom. He claims that his signature is protected by copyright. 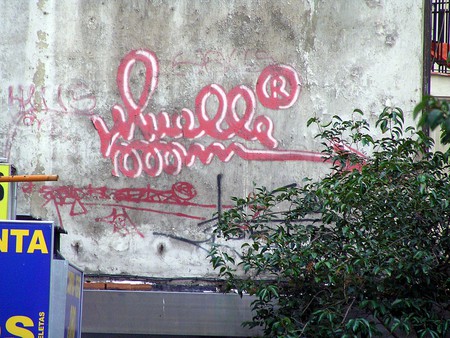 At first, police thought the signature, which started appearing all over Madrid, was a code used by drug traffickers or gang members. It later became clear that, as well as the many signatures the artist left around the city, a growing number of copies were being created by enthusiastic Madrid youth.

Muelle slowly began to branch out with his signature, adding other designs to it and making it more complex by using colors, borders, and shadows. Many others began to copy him and leave their signatures around Madrid in graffiti, but no one else’s signature ever become quite as famous as Muelle’s. He also started a punk rock band, Salida de Emergencia (“Emergency Exit”), in which he played the drums. 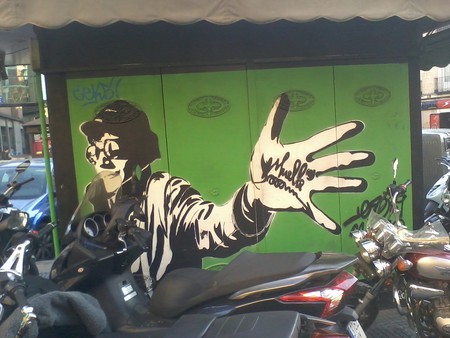 In 1993, Muelle stopped leaving his mark around Madrid. He said that his message was complete; or could it be that Muelle had just grown up?

In 1995, Muelle died of cancer. However, his signature and influence still live on in Madrid. In 2004, almost 10 years after his death, there was a special ceremony dedicated to him in the Meco stadium just outside Madrid. A book about him has been published, Yo conocí a Muelle (I knew Muelle) by Jorge Gómez Soto. In 2012, one of his last graffiti signatures was made into a special cultural interest spot, Bien de Interés Cultura, meaning that it can’t be removed. On October 19 2016, Madrid dedicated a special garden to him in the neighborhood where he once lived, the Campamento area. 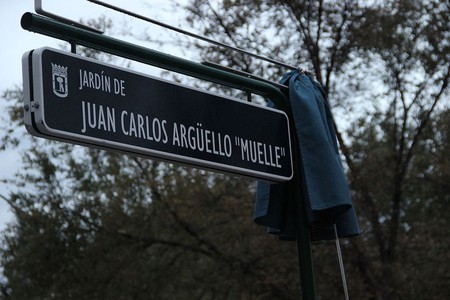 The garden dedicated to Muelle │ | © Ahora Madrid/Wikipedia
Give us feedback