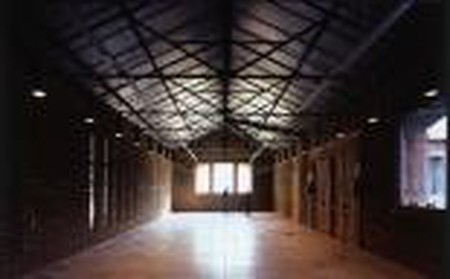 A former slaughterhouse in the south of Madrid, Matadero is fast earning a reputation as one of the most exciting arts venues in Europe, aided by creative programming and a fiercely contemporary setting that’s as chilling as it is beautiful. We went along to investigate. 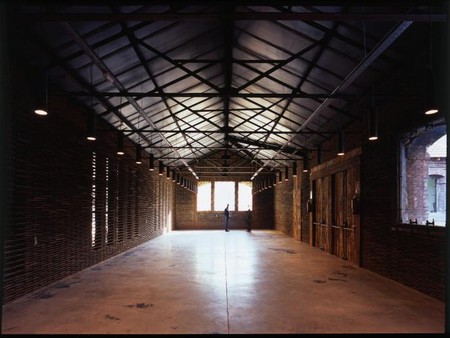 There’s a passage in For Whom the Bell Tolls about prophecy and the smell of death. It’s a smell that consists of three parts, writes Ernest Hemingway (putting words in the mouth of Pilar, a Spanish civil war fighter and gypsy mystic) and recreating it is a messy business. First, you must head out to sea. ‘Put your nose against the brass handle of the screwed-tight porthole on a rolling ship that is swaying under you so that you are faint and hollow in the stomach and you have part of that smell,’ he writes. You’ll find another, ‘the odor of wet earth, the dead flowers, and the doings of the night,’ at the botanic gardens in Madrid where prostitutes once plied their trade against the railings. And the remaining part? For that you must go down to the city’s matadero early in the morning. ‘Wait for one of the old women who go before daylight to drink the blood of the beasts that are slaughtered. When such an old woman comes out…hold her to you and kiss her on the mouth,’ then you will have it.

At the time Hemingway was writing, the elegant naves that line the north bank of the Manzanares river housed Madrid’s largest livestock market and slaughterhouse. But, just as the botanic gardens have long been prostitute-free and the blood of freshly slaughtered cattle has, despite its supposed health benefits, ceased to appeal to the city’s elderly residents, a lot has changed. Visit the site today, and you’ll still find rooms divided by heavy plastic curtains and interior walls of crumbling concrete and sheet metal. You can still see the cavernous refrigeration unit with its ribbed floor tiles and fire blackened ceiling and look out across a plaza filled with strangely beautiful warehouses built from sandstone, red brick and patches of coloured mosaic. The grim machinery and the taint of death however, are long gone. 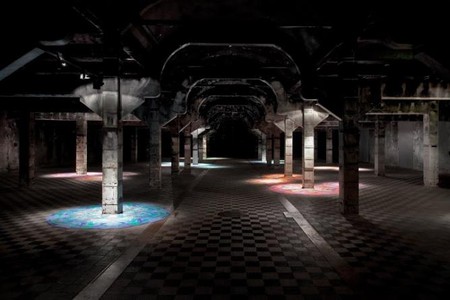 In the late 1980s, town council bureaucrats moved into the site’s administrative buildings. Just a few years later, the Spanish National Ballet and National Dance Company were leaping about the former cattle stalls, converted into their new headquarters by architect Antonio Fernández Alba. And, in the last decade, the majority of the remaining warehouses, covering an area of 55,000m2 in total, have been transformed into Matadero Madrid, one of Europe’s most innovative centres for culture and the arts. Hailed as the “cultural future” of the city by the Spanish press and the “place that all contemporary Spanish artists want to see their work exhibited”, the centre aims to promote dialogue between disciplines, provide funding and support for new artistic projects, and help strengthen Madrid’s identity as a modern cultural metropolis.

To that end, its activities extend to all areas of the arts. Three of the central warehouses have been taken over by the distinguished theatre company Teatro Español, and have staged regular productions since their opening in 2007, among them La cortesía de España by Lope de Vega and the Rise and Fall of the City of Mahagonny by Bertolt Brecht and Kurt Weill. Close by you’ll find the Cineteca, a cutting edge art-house cinema complex that specialises in documentaries and independent releases, both from Spain and overseas, and holds the Documenta film festival in the first two weeks of May each year. 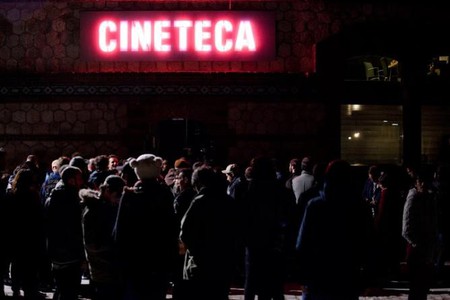 The vast spaces between the warehouses have also been put to good use and provide the setting for several of Madrid’s foremost music festivals. The Dia del la Musica, which takes place in June, packs thousands of party goers into Plaza Matadero, the complex’s main square, from pop acts and rock bands to DJs. Whilst local groups are always well represented, previous festivals have also seen appearances from international favourites such as The Two Door Cinema Club and James Blake. In May, you can catch world class funk and soul bands at the annual festival Black is Back. This year’s incarnation featured up-and-coming Spanish group Freedonia, alongside US legends Swamp Dogg, and Martha Reeves, the voice behind Motown smash hit ‘Dancing in the Street’. 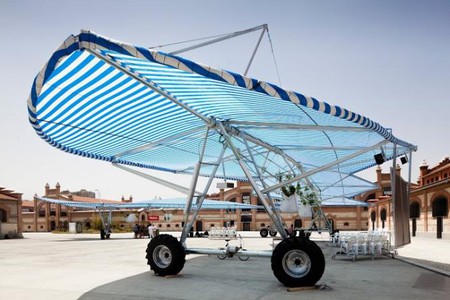 Casa del Lector (‘the house of the reader’) is the latest addition to the complex. Under the umbrella of the Germán Sánchez Ruipérez Foundation – a fund for the promotion of literature established by one of Spain’s most important 20th century publishers – it holds regular exhibitions, along with film screenings, lectures and book presentations given by leading authors and literary specialists. Recent events have included a digital installation displaying treasures from the National Library of Israel and an award-winning exhibition on the Villa of the Papyri, an ancient library discovered beneath the volcanic ash that buried the Roman City of Herculaneum. Then there are Matadero’s contemporary art exhibitions: scattered across the complex, they’ve ranged from miniature landscapes constructed from cryogenically frozen plants, to collaborative warehouse takeovers by international artists, slumbering crop sprayers adorned with striped canopies and hanging baskets and video installations tackling themes such as propaganda and capitalism. 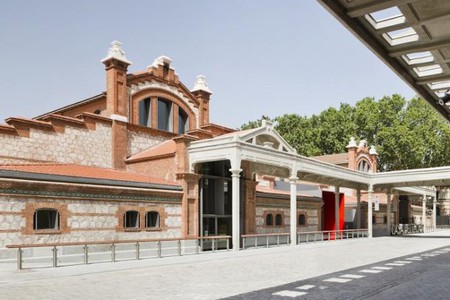 On top of all that, there’s a centre for contemporary design and another coordinating city wide outreach projects. The slaughterhouse’s old water tower has been converted into a species deposit for plants and there are plans to create a garden in an empty patch of land near the site’s eastern entrance. In fact, so lively and ambitious is Matadero’s programming, if it falls under the umbrella of the arts or so much as touches on creativity, you’re likely to find it here. Just don’t come looking for the smell of death. 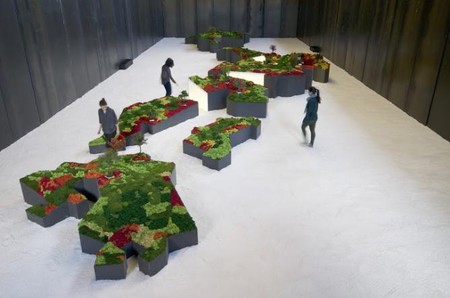