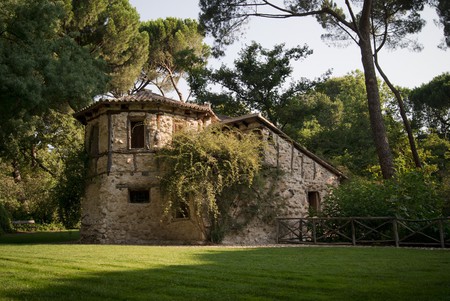 Madrid has the perfect secret garden: Parque de el Capricho. Capricho translates to “whim” or “craving” and it’s the ideal name for this captivating park. Tucked away in the outskirts of Madrid, it is filled with charming fountains and colorful lilies.

The park was constructed under the orders of the Duchess of Osuna in 1787 and was once a retreat for her and her royal family and friends. Now, the park is open to the public for everyone to enjoy.

Upon entering, you’ll be transported to another world not just of greenery and vibrant floral scents, but also whimsical architecture combining French, Italian and English styles. Start by entering the towering gates and head left towards the small house, Casa de la Vieja, which seems as if it was built for elves thanks to its stone construction, slanted tiled roof and tiny doors and windows. Exploring more of the grounds, you’ll find Greek-like columns and ruins, a large lake with black swans, a palace, a rose garden and a labyrinth formed out of impeccably manicured trees and bushes. 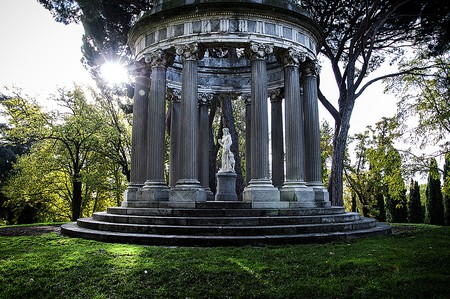 The gazebo perched on a hill might just be the most romantic spot in Madrid. There’s an iron pedestrian bridge in the park which is supposedly the first iron bridge built in Spain. Regal statues resembling Roman gods, towering chestnut trees and endless flower beds can be found all around the park.

Even though many visitors come to enjoy el Capricho, the many small wooded paths and trails make parts of the park seem more like a forest. You’ll often find yourself in a tree-covered walkway all by yourself. Stop, close your eyes and inhale the fresh air for a few moments of solitary reflection in nature. 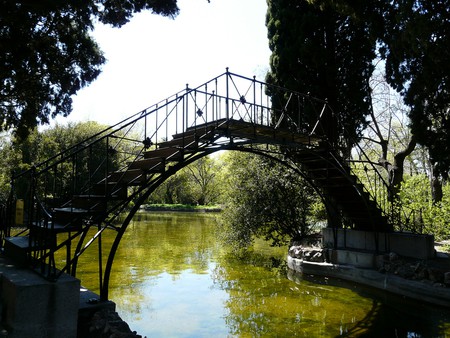 The park also has a hidden secret which has recently been a point of contention in Madrid. Hidden 15 meters beneath these gardens is a secret war bunker that was used during the Spanish Civil War. Kept closed for more than 80 years, the bunker, which was built to protect up to 200 people from bombing, opened to the public in 2016 after much political controversy. Visitors can only see the bunker via a guided tour.

The fairytale Capricho gardens are a relaxing haven, especially in a busy city like Madrid. Arrive by taking line 5 metro, getting off at the Canillejas stop and walking a few minutes to the park’s entrance in the Alameda de Osuna district of town.