In Search Of Spain’s 10 Best Restaurants 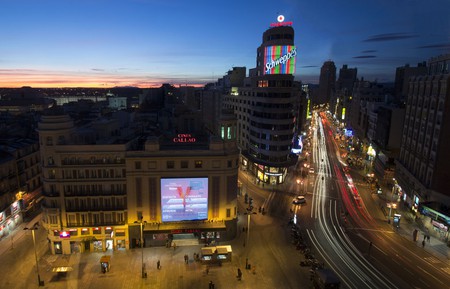 Spanish cuisine, especially tapas, is popular worldwide: ingredients are organic and fresh, and products such as meat and vegetables are almost always bought from local markets. We focus on Spain’s two most popular destinations, Madrid and Barcelona, and explore the top places to eat out in each city. Both are renowned for their great food; Madrid is more traditionally Spanish – being the political and financial centre of Spain – and offers the Spanish staples of bread, cheese and ham at almost every restaurant around, while typical food in Barcelona involves more fish due to its location. 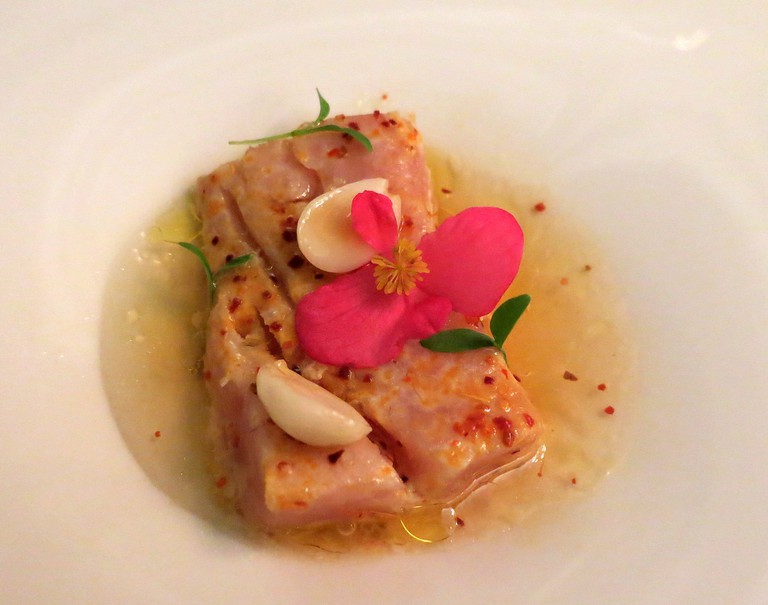 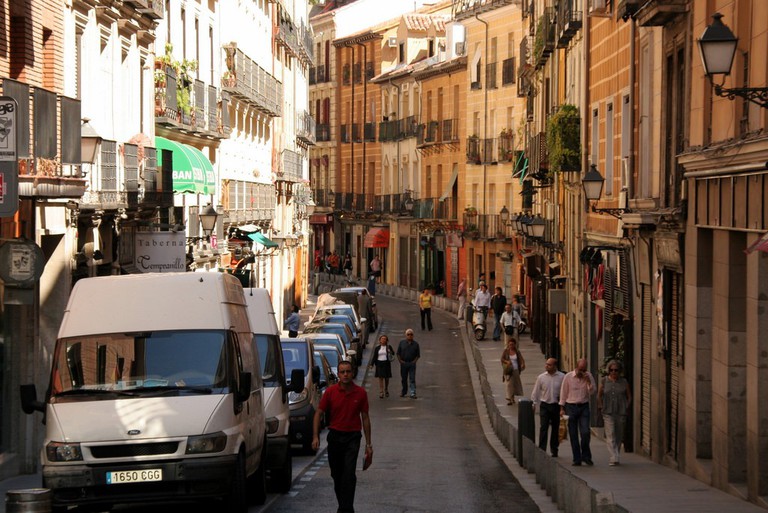 Cava Baja | ©Manuel/Flickr
La Antoñita is set in a boutique hotel in the heart of Madrid, located in the trendy Cava Baja area. The restaurant serves a mixture of traditional Spanish dishes such as croquettes, cod and charcuterie, paired with dishes that have a more contemporary culinary influence; one of their signature dishes is the ‘soap dessert’. The restaurant features a glass floor, allowing guests to see the archaeological excavations below.
Open In Google Maps
14 Calle de la Cava Baja, Madrid, Comunidad de Madrid, 28005, Spain
+34911191424
Visit Website
Give us feedback

Set in a traditional tavern, the Bahía Taberna‘s menu is inspired by the development of haute cuisine. Its team have lived and worked in many different countries including England, France and Australia, gaining the culinary knowledge of many different cultures. The result is a unique menu that combines the concepts of the latest artistic and gastronomic dishes. 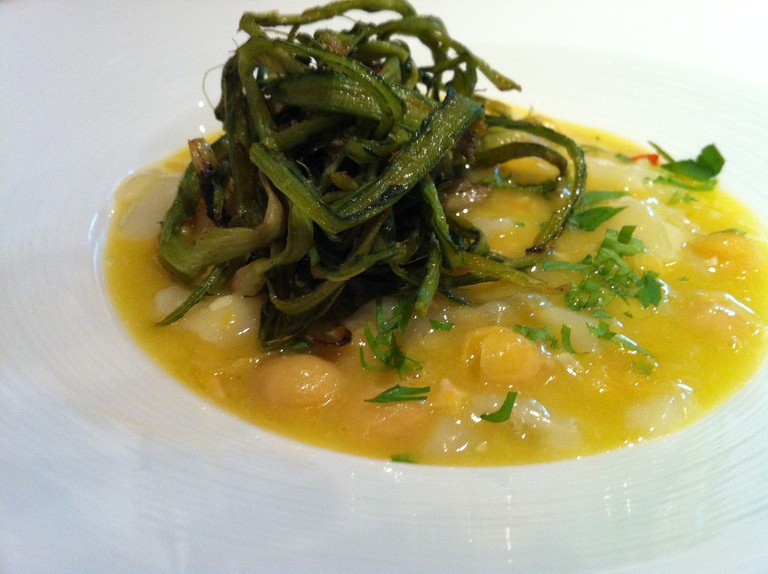 Dedicated to Spanish and Mediterranean tapas, Alcaravea Gaztambide prides itself on using local produce for its menu. With its impressive and modern interior, it is very popular for big groups providing two sittings, one at 9pm and one at 11pm, in tradition with the late eating habits of the Spaniards. Booking in advance is recommended. 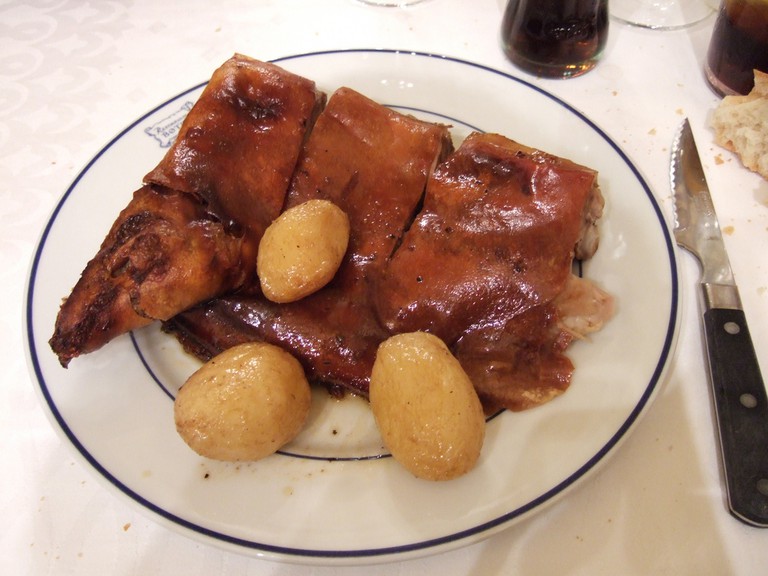 Cochinillo asado at Restaurante Botin | ©blueant808/Flickr
Restaurante Botín is said to be the oldest restaurant in the world. Its popular roasted meats have been cooked in its original Castilian-style wood-burning oven from 1725. It is located conveniently close to the city’s central Plaza Mayor.
Open In Google Maps
17 Calle de Cuchilleros, Madrid, Comunidad de Madrid, 28005, Spain
+34913664217
Visit Website
Give us feedback

Restaurant Lasarte at the Hotel Condes in Barcelona is a Michelin-starred restaurant. Its large murals are inspired by Gaudí’s paved designs on Passeig de Gràcia and it is named after the town of Lasarte, where the Basque chef opened his first restaurant. Dedicated to seafood, the produce comes from local farmers and fishing boats. The menu is influenced with the changing of seasons and the dishes are creatively presented.
Open In Google Maps
259 Carrer de Mallorca, Barcelona, Catalunya, 8008, Spain
+34934453242
Visit Website
Give us feedback

Opened in 1986, El Celler de Can Roca started life as a small family business in a working class neighborhood in Catalonia. It is still run by three brothers of the family – Joan the head chef, Jordi head pastry chef and Josep the sommelier. The cuisine has developed beyond simple Catalonian recipes to embrace cutting edge techniques. The restaurant has been awarded three Michelin stars, and has previously been named as the best restaurant in the world. 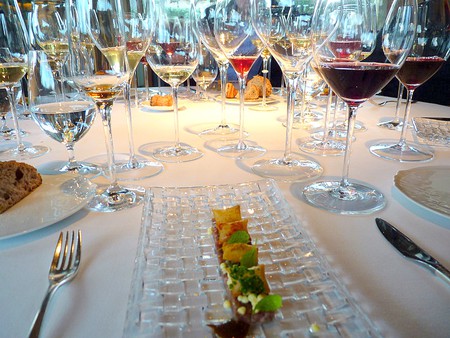 Boqueria Market is a great way to find many exciting ingredients and to sample the local produce. One of the most popular markets in Barcelona, this is the best place to find locals sharing the latest recipes and food ideas. Boqueria is said to have started as a travelling market, placed in the Ramblas of Barcelona. La Rambla acquired growing importance as a pedestrian lane and the market’s location attracts large numbers of passers-by and local residents. 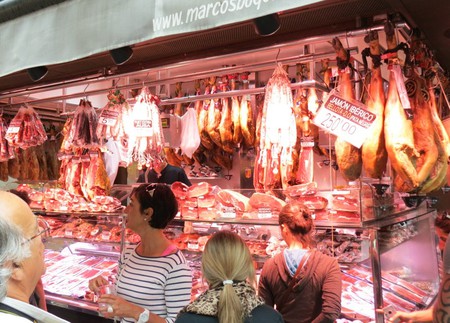 Con Gracia’s cuisine is based on Mediterranean flavors combined with some Asian influence. The chef, Paul Treacy, regularly visits the Boqueria Market and uses fresh ingredients to create two impressive menus. There is also a surprise menu where the chef bases the dishes on your ideal tastes.

Cera 23 is a Gastro-pub style restaurant which serves Mediterranean cuisine. They specialise in seafood, with their prawn and octopus dishes being extremely popular. They are especially known for their blackberry mojitos. Despite its small size, the restaurant accommodates large groups but advanced booking is recommended.