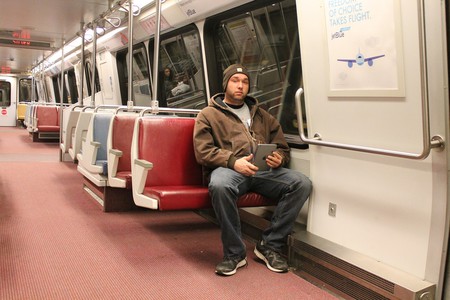 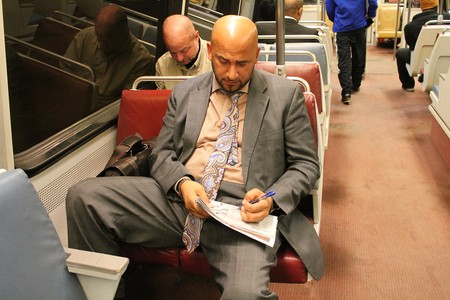 Manspreading at its best | © Elvert Barnes/Flickr

Manspreading is when men open their legs too wide while sitting on the bus or subway and effectively block other seats, cramping whomever is sitting next to them or blocking an empty seat so that no one else can sit down. Madrid’s public transport system EMT (La Empresa Municipal de Transportes) worked closely alongside the city’s gender and diversity policy group to form the rule forbidding this practice. EMT will be adding new signs in all the metro cars and buses asserting that manspreading is not permitted and hopefully men will abide by the new rule.

The sign will feature a cartoon figure of a man infringing on the space next to him with a large ‘X’, indicating that this shouldn’t be done. It’s still unclear whether there will be fines issued for those not adhering to the new rule. The sign will be placed next to other signs stating that smoking is forbidden and to please use headphones when listening to music.

This rule comes in response to women protesting against manspreading in Madrid. A female group called ‘Mujeres en Lucha’, meaning ‘Women in Fight’, has been protesting manspreading for some time now. Their hashtag #MadridWithoutManspreading went viral on social media this year and a petition was presented to the Mayor of Madrid to stop the annoying practice. 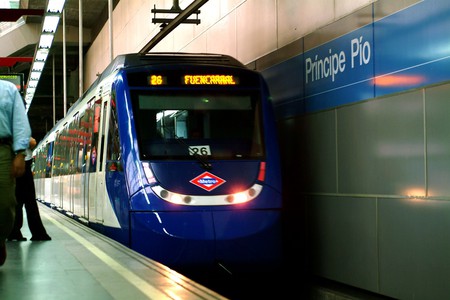 Madrid is actually not the first city to ban manspreading. New York City had a campaign led by the MTA back in 2014, ‘Dude, please stop the spreading’. Apparently, men were actually arrested for manspreading during the campaign, though the charges were later dismissed.

We can only hope the campaign in Madrid will be successful and that other cities might consider doing the same. In any case, if you plan on riding public transport, try to respect the personal space of others.