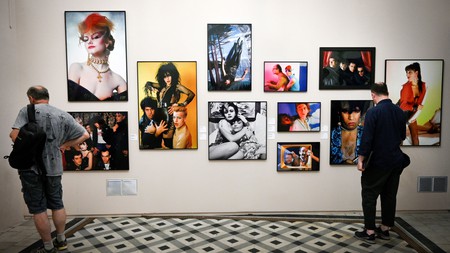 'La Movida: A Chronicle of Turmoil' was on show at Les Rencontres d’Arles photography festival in the south of France | © GERARD JULIEN / Getty Images

After the death of General Franco and the end of a dictatorship that lasted 36 years, Madrid came alive culturally. A new youth movement took to the streets and lit up the night, establishing the city as one of Europe’s leading capitals for art, music and fashion.

Directly translated, movida means “to move”, but in the context of Madrid in the early 1980s, it meant “a move to find drugs” – at least according to Irene de Mendoza, curator of the new exhibition La Movida: A Chronicle of Turmoil, which was on show at Les Rencontres d’Arles photography festival in the south of France. Of course, she adds, there was more to it than that, and Les Rencontres d’Arles would hardly dedicate an entire exhibition to people getting high. But intoxicants definitely played a part in something bigger, something that started bubbling up around the turn of the decade. 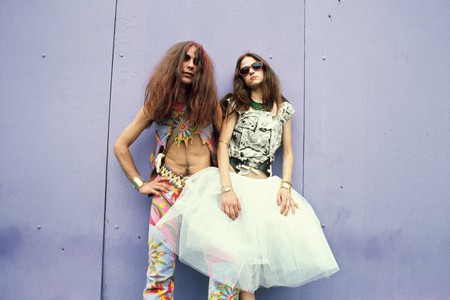 By the mid-70s, the fascist dictator Francisco Franco had been in power in Spain for 36 years, ruling uninterrupted from the end of the Spanish Civil War until his death. For nearly four decades, anything that wasn’t considered traditional, conformist or heterosexual had to be hidden from the regime. Decades of censorship, repression and ostracism from the rest of the world crushed Spain’s historic tradition of revolutionary art. 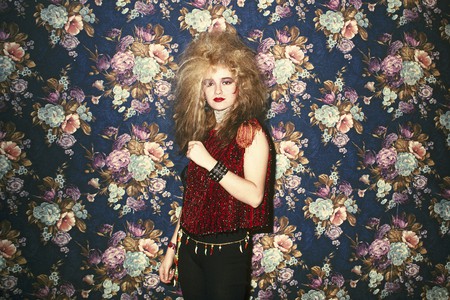 This was the country that had produced Picasso, Dali and Joan Miro, painters who had ripped up the rulebook in the early 20th century. But under Franco’s dictatorship, to express oneself through art, fashion, music or performance would be to risk one’s freedom, and even one’s life.

“Madrid was grey,” says de Mendoza, director of Barcelona’s Foto Colectania, as she installs the exhibition in the Palais de l’Archevêché. “Under Franco, nothing was allowed. There was a lot of censorship, people would have to travel to France to see films or exhibitions. Spain was closed to the rest of the world. Then, after the transition, there was a kind of explosion,” she says. “When Franco died, everyone came on to the streets – there were more people out at night than during the day.” 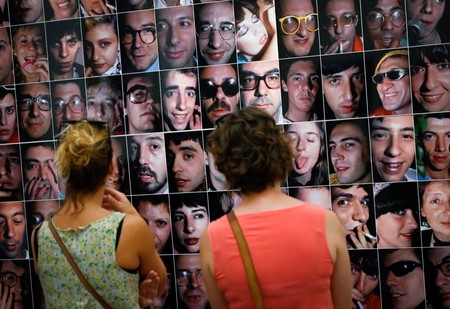 Suddenly, in the wake of the dictator’s death, the newly liberated Madrilenian youth culture found the confidence to express itself in all sorts of exhibitionist and experimental ways – often with the help of a lot of gender-fluid sex and a huge influx of recreational drugs. “Everything was valid,” says de Mendoza. “There was a lot of frivolity and narcissism. After decades where everything was not allowed, when everything was grey, they wanted to be narcissistic.” 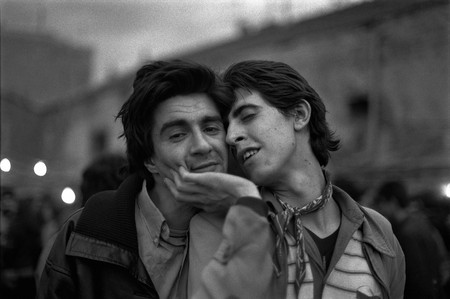 Four photographers – Alberto García-Alix, Ouka Leele, Pablo Pérez-Minguez, Miguel Trillo – captured the movement at street level. None of the four have had much in the way of international exposure previously, but they shot at venues like El Rastro, Madrid’s open-air flea market, La Bobia (a bar that features in Almodóvar’s 1982 comedy Labyrinth of Passion), and at Pérez-Minguez’s anarchic studio, which doubled as a never-ending party venue.

La Movida will perhaps always be associated with the film director Pedro Almodóvar. But, in order to shoot his early punk films like Pepi, Luci, Bom and Other Girls Like Mom (1980), Almodóvar collaborated closely with these four photographers. 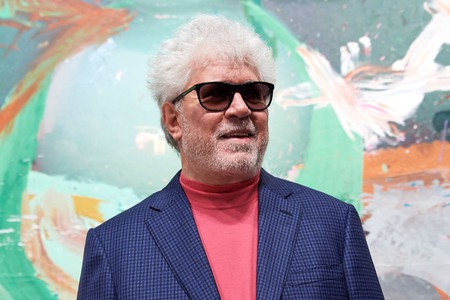 Pérez-Mínguez, who died in 2012, signed his work ‘PP’, a reference to his nickname pobre pero mítico (‘poor but a legend’). In one of the exhibition’s captions, Pérez-Mínguez calls his studio “a permanent stage where [our] own lives were performed every day without a script”.

La Movida was “a free for all,” de Mendoza says. The exhibition detailed how this new movement was influenced by the punk scene in the UK and New Wave in New York, and its curation reflected this: photographs were arranged and orchestrated in a rough, DIY fashion. 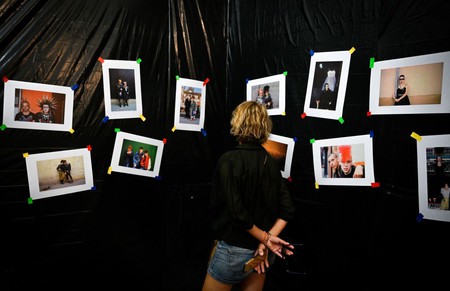 “La Movida was a way for a new generation to determine their own identity – they dressed as they wanted, and everyone was accepted” | © GERARD JULIEN / Getty Images

The exhibition also highlights the new generation’s focus on experimenting physically as well as artistically. “The body was for them an exhibition,” says de Mendoza. “La Movida was a way for a new generation to determine their own identity – they dressed as they wanted, and everyone was accepted.”

Miguel Trillo was a teacher by day but spent most nights photographing gigs and parties, often in the toilets of Madrid’s dingiest venues. He recalls approaching people, newly dressed to the nines, who had never before had their photograph taken in such performative fashion. “It was quite easy to approach the people I photograph,” Trillo says. “They want to be captured, that state of self-satisfaction… I improvised the moment and they placed their bodies and their gazes.” Of his work in the show, he says, “It’s a creation based on snippets of reality. You could call it an echo of a one-way trip.”

Ouka Leele animated her fashion-imbued photographs by hand with watercolours. “She didn’t like black and white, but felt that colour film didn’t work as she wanted to,” says de Mendoza. 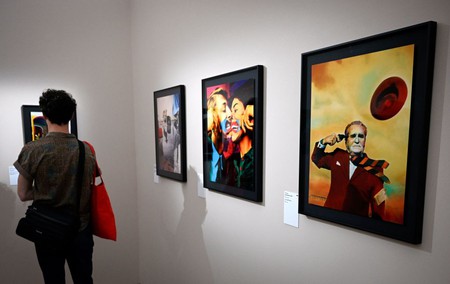 “Artists before us focussed on the war and on politics, but we didn’t want to have anything to do with conflict and division” | © GERARD JULIEN / Getty Images

Leele, a pseudonym adopted by the photographer and artist Bárbara Allende Gil de Biedma, explains herself in one of the exhibition’s captions. “We were tired of the two Spains,” she writes, referring to the dichotomy between left- and right-wing political factions. “Artists before us focussed on the war and on politics, but we didn’t want to have anything to do with conflict and division.” Yet if La Movida wasn’t an expressly political movement, there were still political aspects to it, not least because of its capacity to include everyone, and its belief in tolerance and acceptance.

The exhibition also charts, in unforgiving terms, the recreational drugs that flooded into Madrid over the course of the decade, featuring diaristic self-portraits of Alberto García-Alix’s descent into intravenous heroin addiction, as well as portraits of artists like the poet and LGBTQ activist Eduardo Haro Ibars, who lost his life to AIDS. Self-portraits show García-Alix injecting heroin over a tattoo that reads “Don’t Follow Me, I’m Lost”. Garcia-Alix, who is now 63, has spoken of the often out-of-control hedonism that pervaded the community of people he knew during La Movida. “Very few of the friends in these pictures are still alive,” he says. “Death could choose freely between those who had a mystical self-destructive streak.” 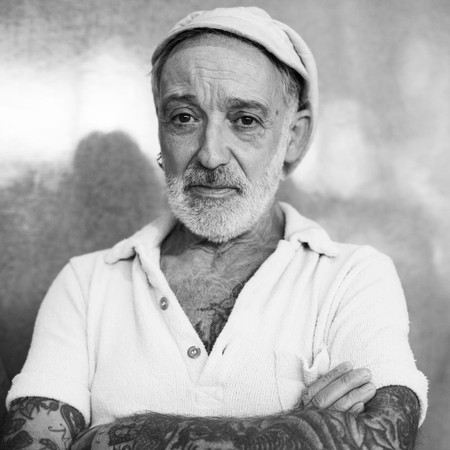 And yet despite its dark elements, the pervading atmosphere of the show is one of joy. You’re left with the feeling that this was an outpouring, a celebration of new freedoms and new ways of expression, in which drug abuse plays an incidental, if inevitable, role. La Movida may have gained its name from the move to find drugs, but from these photographs we learn that there was a whole lot more to it than that.