A man walks down the street with smooth, slightly swaying steps, stops at the corner, and flashes a mischievous smile. Eduard Castells, the son of the streets of Barcelona, kisses your cheeks gently and the journey to his roots begins. 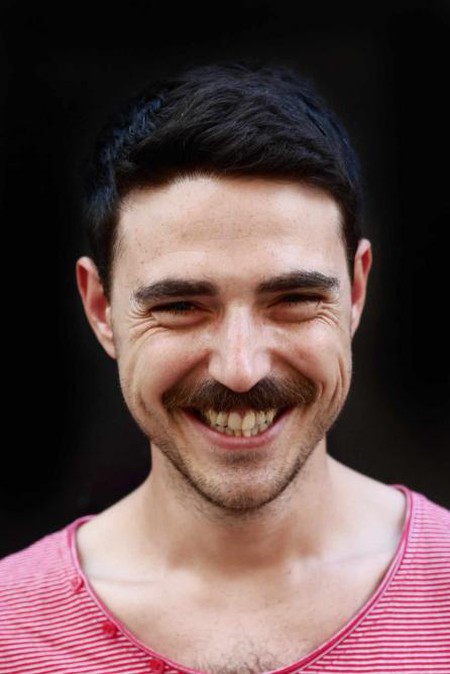 Heavy afternoon heat rests between the houses as we pace in the tranquility of the neighborhood of Grácia. He points to the pavement of the street where he used to hang out as a child with his friends.

“My family lived close to Parç Güell, so I used to spend a lot of time in the park. Later in our teens, we went to sit on the streets in front of bars, drinking and getting high. There were no other people than locals at that time in Barcelona, just the people who lived around here, so usually everyone knew each other.”

His childhood home’s atmosphere was strongly Catholic and the Sunday routine began with church. When he reached adolescence, he began to sit on a bench outside the church, waited until the liturgy was over to return home.

“My father used to say to me that as long as I live in his house I have to do whatever he says. When I was 17 I had already planned how to leave my parents’ house, and one year later I left.” 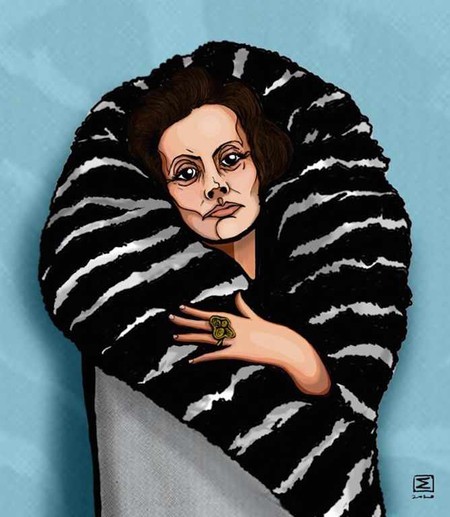 We pass many shutters and wooden doors covered in graffiti. In Barcelona, the shutters are often covered with paintings or some sort of chaotic composition of small tags and posters. Though to a foreign eye it might seem that the tradition of street art is still blooming, local artists like Eduard have witnessed a change in recent years.

“10 years ago graffiti was more permitted. The city was full of street art. Many international artists came to paint and it was common for shops to ask artists to paint their shutters. Nowadays, they are cleaned up in less than 48 hours, so it no longer makes any sense to go and paint.” 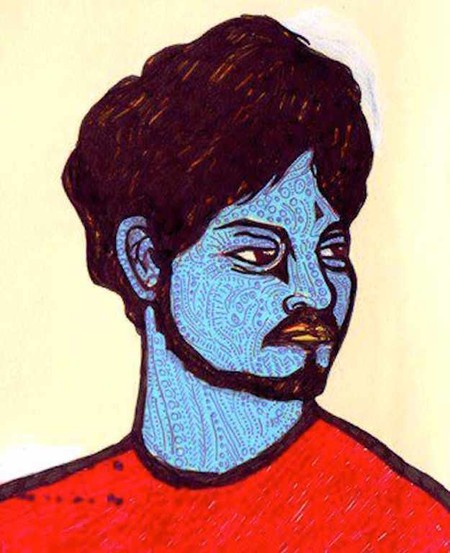 We walk further and arrive to Placa de la Revolució, where one of his graffiti works is located. From the surface of the shutter stares Ganesha, the four-handed Hindu god of luck and wisdom. Eduard’s works are all graffiti-like, but the artist himself steps out of the box when asked about his preferred style.

“I’m a bit outsider as an artist. I try to follow the rules I’ve imposed on myself from the things that have influenced me. I wouldn’t define myself as an illustrator, painter or graffiti artist. I like to try different ways of expressing myself, sometimes with oil, acrylic, pencils, and sometimes only with ink. So I would say I am just an artist.” 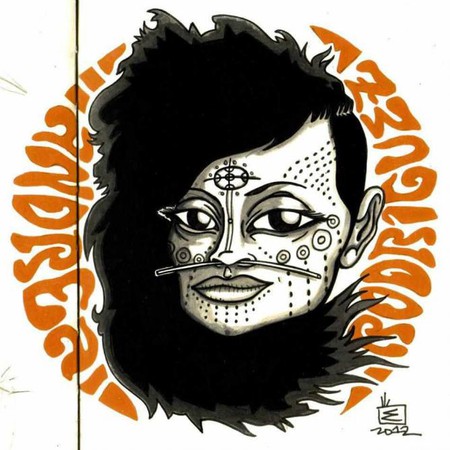 We leave the all-mighty Ganesha and manage to snag a table on a terrace. While sitting and waiting for the drinks, he takes out his cigarettes, rolls one and lights it up. A fine smoke billows up in the air.

“I have been painting since I was a kid, but for years my art was only for myself. I did it in my room, hiding it and didn’t show it to anyone. I didn’t recognize myself as an artist before other people named me as one.” 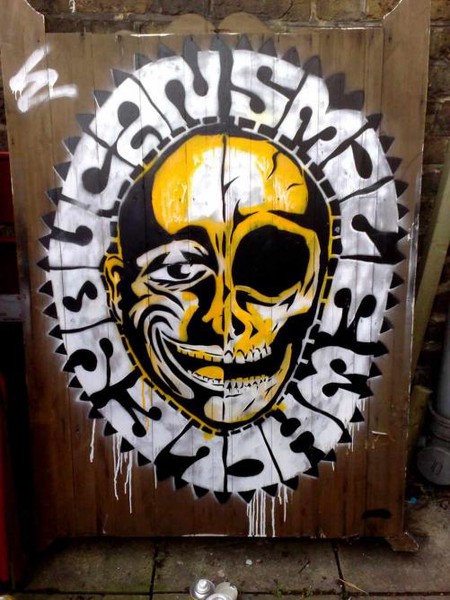 © Eduard Castells. Smile While You Can

Over the last ten years, Eduard has lived in London and Buenos Aires. Painting in those cradles of art have left an indelible longing for traveling. Barcelona is too small for a person who was born in there.

“I don’t feel like myself here. I wish I could move; travel and change my surroundings. I’d like to travel to countries like Japan, Malesia or Arabic Emirates. People inspire me a lot. Sometimes I’m amazed by how some people can think the way they do or live the kind of life they do.”

We watch the passersby. All different ages, sizes, classes, one from Asia, another South America, a third just from Grácia. Barcelona has become a melting pot of nationalities from all over the world.

“I have drawn lot of faces. I make up stories about the lives of strangers based on their countenance and expressions. That´s why the characters in my works are exaggerated. I don´t do realistic works; for that we have the actual reality that exists.” 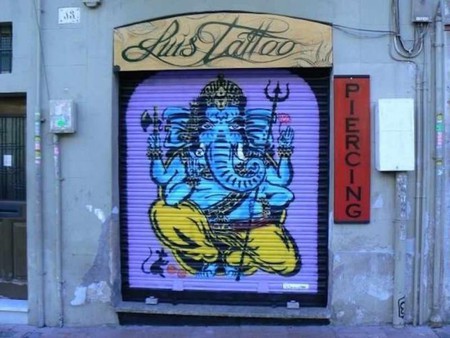 His cigarette burns out. The heat eases and yields to a delicate evening breeze. The plaza begins to fill with night life as we leave the table. When walking back, he gives the same mischievous smile of the boy sitting outside the church, and describes the essence of being an artist.

“There is a phrase by Picasso: ‘Inspiration has to find you at work.’ To me, inspiration is something that I work with. If I stop and think about the world I see it as a hopeless place because of our nature, but I live my life as if there is hope; I go to my room in front of a blank paper and start to draw.”