Joaquín Sorolla: The Spanish Artist Who Depicted His Country 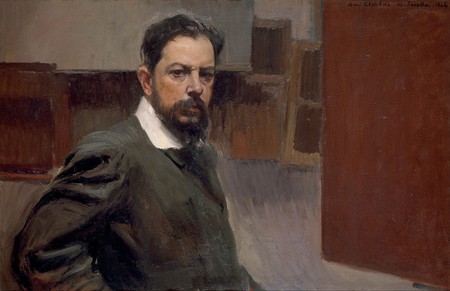 Those who have traveled to Spain may have noted the intensity of its light; a golden light emanating from the heartlands to the blue brilliance on the coasts. One of the greatest artists to capture Spain’s light was Joaquín Sorolla y Bastida (1863-1923). Born in the coastal city of Valencia, Sorolla is best known for his depictions of beach and water scenes. But he was also proficient in portraiture and landscape painting. We take a closer look at the artist’s life and work.

Sorolla returned to Spain in 1989 after spending four years in Rome on an art scholarship studying classical themes of religion and history. On repeated field trips to Paris, he had become influenced by such painters as the Dane P.S. Krøyer and Anders Zorn from Sweden. Both of these artists used vibrant colors in their work to portray the intensity of light – something which would become key in Sorolla’s style.

Although Sorolla developed a taste for open-air painting during his time in Rome, the majority of his work in this ‘maturing’ decade was focused on society portraits or depictions of Social Realism. In complete opposite to the bright, intense landscapes for which he would later become famous, many of these works are muted and claustrophobic. Many evoke an atmosphere of Velazquez in their coloring. Sorolla had often visited the Prado Museum in his youth and been greatly influenced by the 17th century maestro.

Another Marguerite! (1892) for example, depicting a shackled woman who had just killed her son, depicts emotive darkness in theme and tone. White Slave Trade (1895) does too – showing an elderly Madam traveling with four of her prostitutes is close-up and discomforting. 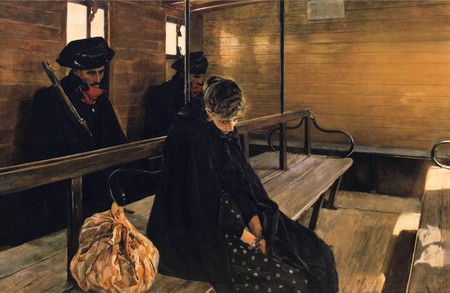 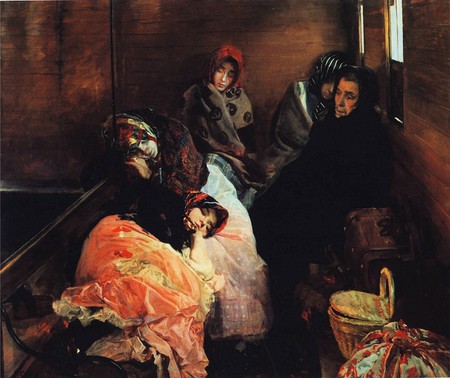 Sorolla’s name would become internationally famous in this decade, and one in which his most important works were painted, the so-called “beach scenes” from 1905 to 1910. Returning to his native Valencian coast every summer to escape the ferocious heat in Madrid, he would paint snapshots of beach life. In Sorolla’s youth he had spent much time with a Spanish photographer, Antonio García Peris, who would later become his father-in-law. Sorolla was influenced greatly by him and therefore developed a very photographic style in his painting. Quite often in his work, the viewpoint is elevated, or there is no horizon, or there might be an open space between viewer and subject. All of these techniques are conventions of photography that elevate the viewer from observer to participant.

A first exhibition in Paris in 1906 led to others in Berlin, Dusseldorf and Cologne in 1907. Sorolla’s fame spread to London in 1908 and to the United States in 1909. The Valencian coast was being seen all over. The most famous works of this time are A Walk on the Beach (1909), The Horse Bath (1909), and Time for a Bath (1909). In all of these works, there are vibrant pastel colors of blues, pinks and whites that shine, sparkle and spread the Spanish light and give a sense of carefreeness as well as frivolity and calm. The works serve to capture moments, very much like photographs. 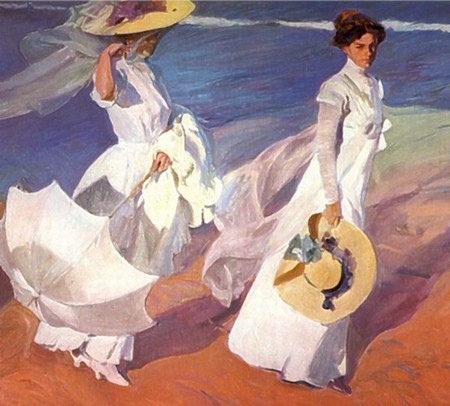 The beach scenes would continue into this decade, but in 1911 Sorolla was awarded a major commission based on the strength of his success in the US. The founder of the Hispanic Society of America, Archer Milton Huntingdon, commissioned Sorolla to chronicle Spanish life, in its entirety, for the Society’s library. This collection would be called Visions of Spain and would take Sorolla all over the country to paint scenes of Spaniards in traditional regional dress at work and play. Bride from Lagartera (1912) is an excellent example.

Given the time and dedication that such a project required, there aren’t many of the classic beach and landscape scenes that made Sorolla’s name. He did manage, however, to paint a magnificently intimate ‘beach’ moment between two young women on his return to the Valencian coast, The Pink Robe (1916). Also, while in Valencia, he painted a celebration of women in Valencian Fisherwomen (1915). Sorolla often celebrated the elegance and dignity of women in his art, almost elevating them to the status of the Greek or Roman goddesses he had admired in the Louvre or the British Museum.

Death and the ‘Museo Sorolla’

Unfortunately, Sorolla would have little time left to explore his art. In 1920, while painting a portrait in his garden in Madrid, he suffered a stroke. This left him unable to paint, and he died three years later, in 1923.

In 1925, Sorolla’s widow, Clotilde, bequeathed the Sorolla estate to the Spanish state, and in 1932, the Museo Sorolla was inaugurated. Set in lush, elegant gardens, and containing a wonderful Andalusian patio, the Museum has been barely altered since Sorolla’s day. It contains the family living spaces as well as the artist’s studio. Somewhat unsurprisingly, the studio contains a giant skylight in the ceiling that lets in an abundance of natural light. There is, perhaps, no greater indication of the regard in which Joaquín Sorolla held the shining light of Spain.