Francisco de Pájaro’s ‘Art is Trash’ slogan and his eye-catching trash installations took over Barcelona’s streets in 2009, just as the world started to sink into a deep economical recession. Such a bold message and an unprecedented vehicle for artistic expression inevitably sparked opposite reactions amongst people: while some rallied in favor of de Pájaro’s unapologetic challenge of the status quo, others were deeply unsettled by his statements about arts and politics. Six years later, the notoriety of de Pájaro‘s work has skyrocketed, and he has now expanded his combat against our predefined notions of the world all over the globe. We interviewed him in order to understand the backbone of his insurrectionary body of work. 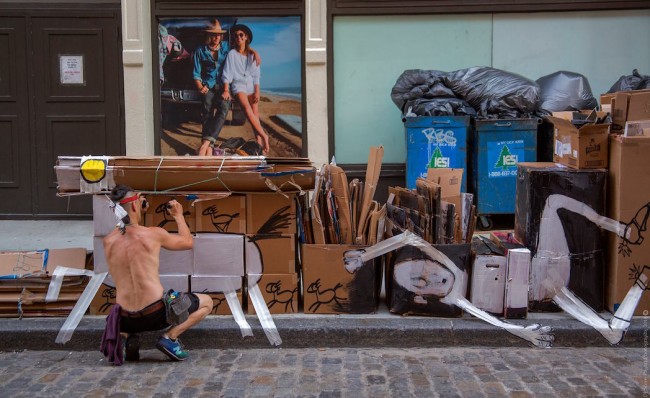 How and why did you start painting in the streets?

I started painting as a reaction to an accumulation of circumstances that I had to face at the time. Economical fraud, precarious working conditions, Barcelona‘s civil ordinance and artistic frustration were some of the issues that had bottled up inside of me and that I needed to get out of my system.

Why paint on the streets instead of on canvas?

Painting in the streets means pure freedom: it doesn’t matter if what you’re making is carefully crafted or not. What matters is that it’s real. Canvas paintings, on the other hand, are more prone to being decorative and to pleasing others.

How do you pick the place and the materials you are going to paint on? Do the objects on the streets inspire you to paint certain things?

There’s nothing preconceived or planned about my paintings on the trash. Everything is improvised. I actually prefer the wildness of this approach to a more pondered way of painting.

By intervening on our daily environment it seems as if you are trying to dissociate art from an economic and intellectual elite in order to bring art closer to the people.

‘Art Is Trash’ means that painting on trash is just as respectable as painting anywhere else. I feel like there’s much more creativity and sensitivity in filthy and abandoned things than there is in the tidy and technically impeccable works that museums claim to showcase. Paintings on the streets are meant for all audiences. 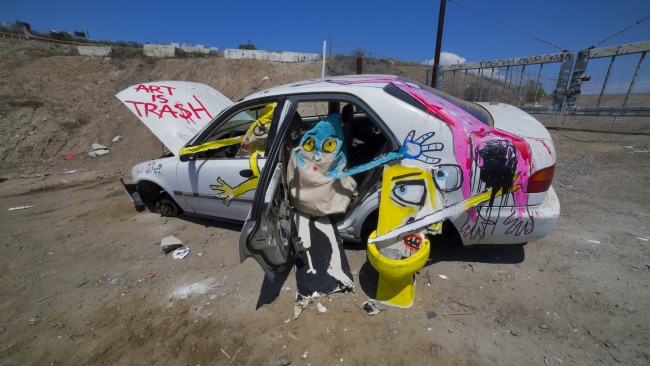 Your work completely distinguishes itself from the status quo of the art world. Do you think that art should free itself from its economical facet and from the authority exerted by museums?

Art is an entertainment product that is cooked in order to be devoured. Making art is just like any other job; at the end of the day, it’s just an excuse to earn money. Art dies as soon as it is exchanged for money. True art is made for free, and that’s why I like to make it on the trash. When I paint on a canvas, my final aim is to earn money by selling that canvas, much like a pastry chef when he bakes a cake. 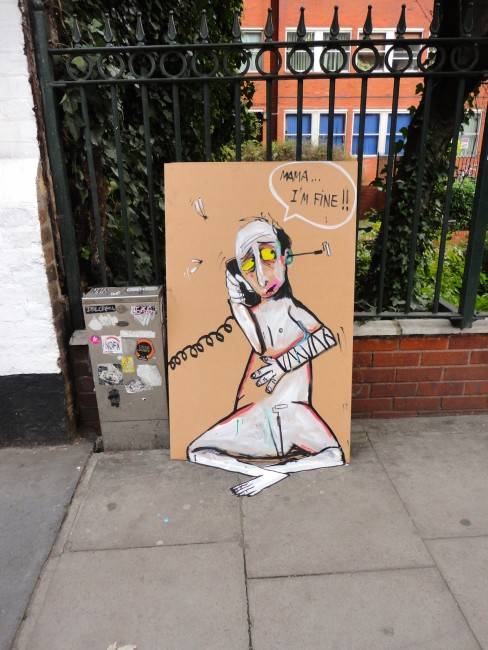 Intervening in the public space means your art can easily be destroyed. How do you feel about the ephemeral nature of your work?

What I make on the streets has been created to end up in the trash. There’s no need to give it any more importance than that.

Aside from being destroyed, your works can also be altered by others. This reminds us of the pigeons that Ernest Zacharevic painted some time ago at the Plaza San Agustín Viejo. One of the pigeons was erased by the Ajuntament de Barcelona, and you intervened several times with a bunch of drawings that were also erased. An interesting dialogue between both of your pieces was created as a result of this interaction. Can you tell us why you intervened?

Interacting with Zacharevic‘s pigeons was a way of testing the classist and retrograde mentality of the Ajuntament de Barcelona and its criteria of what is allowed on a wall and what is not. When they erase my drawings, they are clearly telling me that what I draw is not allowed and what another artist draws is. The town hall also contradicts itself when they contact me privately in order to ask me to publish an urban trash installation for a book about Barcelona. I find that pathetic. I really wonder who makes these decisions when there is a clear by law that forbids people to express themselves in the streets. The streets belong to everybody and nothing is eternal. 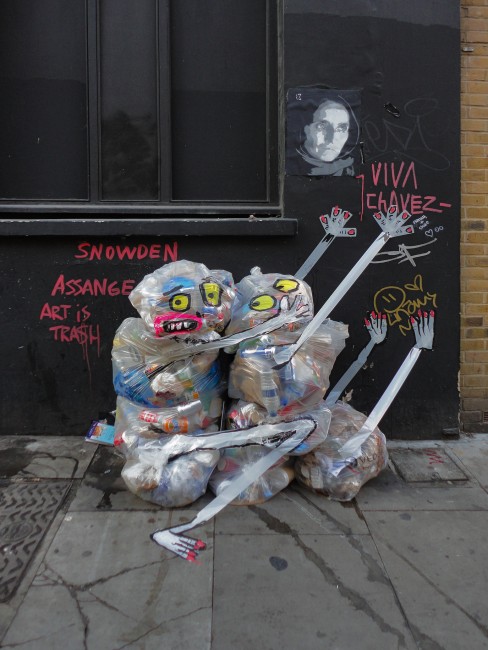 So do you think that these types of interactions between artists are a positive aspect of Street Art?

I like it when people interact in a constructive way. I believe in creation, not in destruction.

Your work gives life to what can no longer be used and to things that people no longer look at. Would you consider your art to be combative? If so, what does it fight against?

If I fight against something, it’s definitely against human stupidity, against those who, just by holding an iPhone in their hands, make you believe that they own the world. I fight against jealous people infected by superficiality. Against all of those who abuse honest people with their power. 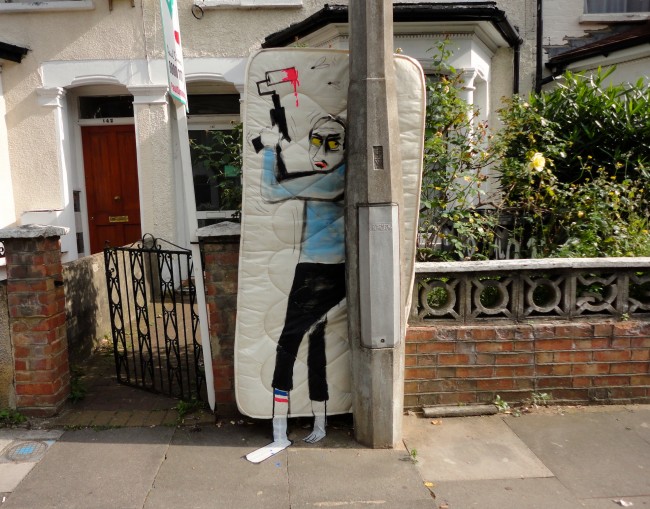 Who are your favorite artists?

What drives you to paint and create incessantly like you do?

My desire to clearly say what I feel about this world before I stop breathing. 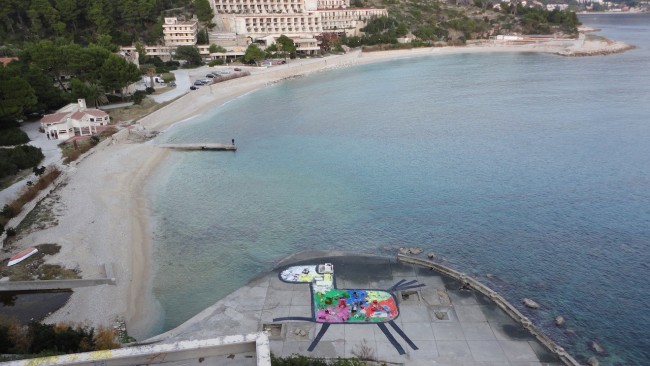