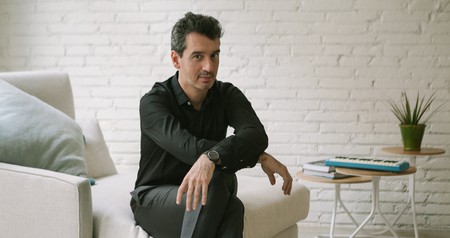 We met up with musician and composer Octavio Bugni, a native Argentine who has been based in Barcelona for over 10 years now. After a successful collaboration with local fashion brand Desigual, he is about to launch his debut solo album Cruzar Mundos. We asked Octavio about what music means to him and how this new project came about.

How did you first get into music? Can you remember the first moment music became more than just something you listened to?

Basically, my house was always a musical space. My dad listened to everything from the Stones to Dr. John, tango and Argentine rock, bands that played in American and Italian movies and certain jazz and classical music albums were also present, albeit less so. There was really an impressive amount of variety in our family repertoire, a mixed representation of general culture. In regards to jazz, I made my own intimate ‘niche of culture’ collection that included: Oscar Peterson, Nat King Cole, Frank Sinatra, and Stephane Grappelli. I fondly remember Friday evenings when my dad would play a Grappelli album… whenever you heard that first song you knew that the weekend had truly begun.

I began playing the piano when I was 10, but I suppose it really became my passion from when I was 11 to 15 years old. My older brother played the bass and thanks to him I began to listen to contemporary and jazz rock, but I can’t remember a particular moment when music became more than just something to me. However, at that age even though my piano experience was limited to weekly classes with the neighborhood teacher and playing the instrument alone in my free time, the great jazz music that I listened to made me realize that perhaps the two were closer than I had originally imagined… that perhaps, they could somehow come together. Then there were the first bands I performed with, a trip to NYC when I was 15, my first jazz clubs, my first Coltrane and Miles Davis albums, and it was clear to me that there was no going back. I wanted to be a musician and it’s the only thing I have profoundly desired these past 20 years.
You’ve made the move from just playing music to composing it. How did that come about?

Composition was a natural next step for me. After years of studying jazz standards, writing new melodies over pre-existing forms is when I began to feel comfortable about writing my own music. The art of composition also taps into my desire to write pieces that challenged me as an improviser and reflect certain technical aspects. On the other hand, I also have a very intuitive side which allows me to really tap into my music. I’ll find myself writing a progression of chords or a bass line or a melody solely because the tune captures me. It’s at that moment when I feel that there is something there, that there’s something I need to continue with, an idea, an embryo that I have to develop. Many of these pieces take a really long time to write and reach their final form. I am not a prolific composer nor even close, only recently have I begun to treat composition as a separate task. 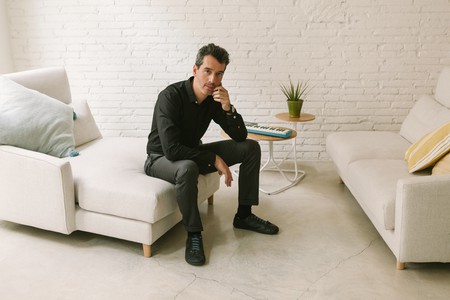 What’s the first step in your process of musical creation? Is a song a desire or a necessity?

To start with, it’s never the same process although it is very common that first I find an idea that I like on the piano and I will spend days or weeks playing and developing the idea, without really writing it as sheet music. I’ll write a first ‘sketch’ so that I don’t forget any of the interesting thoughts coming my way. I also use a recorder and then I’ll write down a few of the possible continuations that work off of the original idea.

Sometimes I can go straight from a first draft to the final piece all in one go. But it’s also very normal that this piece, the one written all in one go, is almost too obvious to me, so I’ll find something cliché or generic in what I wrote, and start to take apart the original structure to find a more sinuous route. The songs that I’ve written tend to derive from both of these components: desire and necessity, boundaries that are difficult to define. Once you’ve taken off in the creative process, there’s a need to continue and finish, to find a conclusion, although a transient one. And it’s also true that the desire to create music takes place before the creative process kicks in. Therefore, the problem of desire is that it suffers from intermittency; it’s at this point that discipline really matters. I prefer to think of discipline as a way of generating habits, for example, if you implement a habit of sitting for 4 to 6 hours a day in front of the instrument or a blank music sheet, the work then speaks for its self.
You’re in the process of releasing your first solo album. What does this moment mean to you? Is it the end of something or a new beginning?

I would say both, it’s the closure of an era and the embodiment of these songs in a physical and musical way. Therefore, it’s also the beginning of new creative adventures… 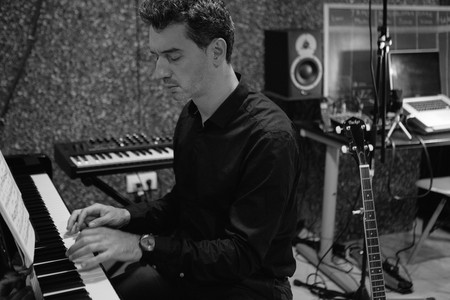 What did it feel like to record songs you had written yourself, was it different to recording someone else’s tracks?

Sometimes it is easier or faster because I connect with my own material in a more profound way because I’ve seen it develop and evolve from the very beginning. Often times, it’s more difficult to find that same kind of connection with jazz standards or someone else’s material. Either way, I try to push myself to the same level of concentration and focus whether it be with my own material or someone else’s. The idea of the ‘author’ and the ‘originality’ functions in a particular way for the majority of improvisers. As Bill Evans said in a ‘Kind of Blue’, the spirit of the improviser is more focused on the ‘how’ then on the ‘what’ so the composer is limited to being the mere provider of the framework for the improviser. In order to understand this concept, all you have to do is listen to the famous Beatles hit ‘And I Love Her’ played by the Brad Mehldau trio. The trio connects with the audience by ‘hooking’ them in with the well-known melody of the original song, but then they make their own version going beyond the basic melody and interpreting the song with new variations and improvisational flow.
What has been the hardest part in the process of releasing this new album?

The practical part, promotion, photos, texts, editing, making decisions on whether I should produce the music in a digital format or vinyl, the distribution of the album, and how it should be presented beyond a live performance. Basically, everything that a record label usually takes care of for the artist. As it’s my first release and my first time managing the entire process, it’s been quite tedious. The live concerts are the part that I enjoy the most. 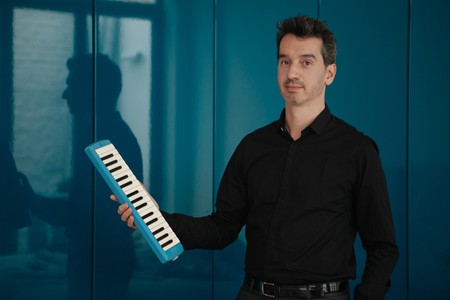 You have spent a lot of time between Barcelona and Buenos Aires. What does Barcelona bring to your music?

I have lived in Barcelona for over 12 years and its vibrant scene has given me so much: musicians from all over the world and all ages participating in jam sessions throughout the city, I have pretty idyllic memories of my first years in the Condal City.

Currently, I’m at a point where I want to continue challenging myself to play at a higher level. I’m a big fan of certain Catalan pianists from Tete Monteliu to Albert Bover, as well as Marco Mezquida and Roger Mas. There is definitely pianism that can be considered Catalan. I’ve tried to absorb this energy and use it to cultivate my own experience, and it’s continuously motivated me to challenge myself.

Anyone who knows both cities can definitely agree that Barcelona’s vibe is less chaotic and more laid back than Buenos Aires. This has allowed me to study with less anxiety and a more calm and relaxed vibe, to write music and take the time to develop my music at a slower rate. Buenos Aires, on the other hand, always works like an injection of adrenaline for me, so the two cities have interchanging roles. Either way, leaving one context and moving to the other awakens new ideas, as extreme comfort was a never a great ally of artistic production.
If you could play your music anywhere in the world, where would it be?

In NYC, Chicago, and Toyko, I would love to travel the world playing my music and seeing the world. Discovering a city by playing there, is this not a beautiful dream?