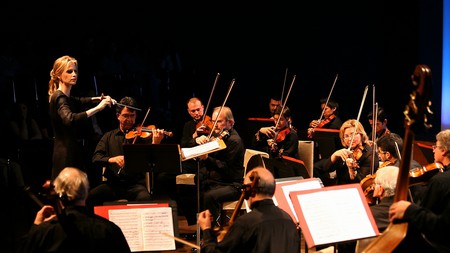 In the world of classical music, women have long struggled to be accepted in positions of authority and for many, conducting orchestras has been seen as ‘glass-ceiling’ seldom obtainable to female candidates. Yet Inma Shara, Spain‘s foremost female conductor has succeeded in building a formidable career doing just that, having collaborated with some of the most important orchestras in the world. We explore the life and work of one of the most remarkable female conductors of our time.

Born in the town of Amurrio, on the northern shores of Spain, Inma Shara studied at the Conservatory of Bilbao as well as the Conservatory of Vitoria in her home region, the Basque Country. From very early on she struggled to make a name for herself in a world so dominated by men: only one out of every 10 apprentice conductors is a woman. And of those that do manage to complete the arduous training, the competition in the job market can be just as fierce. In Spain especially, where the orchestras themselves tend to be composed of older men, the arrival of a young woman in a position of authority has often been received with skepticism. 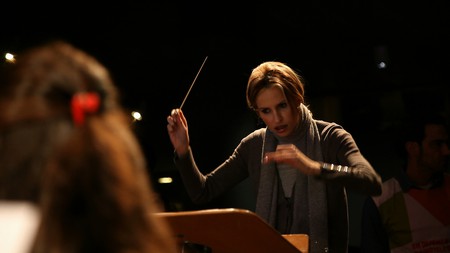 Inma Shara was relentless in her drive to make it to the top and by the age of 30 had already collaborated with some of the biggest names in classical music. Perhaps it’s telling that she adopted the stage name ‘Inma Shara’ as a diminutive of her birth name Inmaculada Saratxaga as a way of making her name easier to pronounce – there was no room for anything getting in the way. Nowadays, no one in the world of classical music hasn’t heard of her, her most recent collaborations include the London Philharmonic Orchestra, the Israel Philharmonic Orchestra (a long-time dream of hers), and the Russian National Orchestra, as well as world-famous soloists such as Mischa Maisky, Boris Berezovsky and Shlomo Mintz. 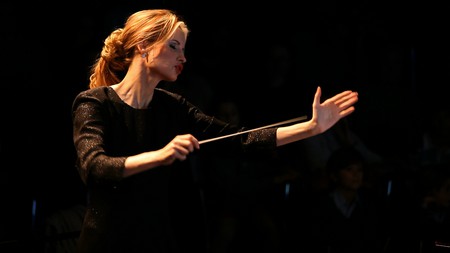 Aware of her own struggles to reach the position she’s in today, Shara is renowned for her charity and social work, taking part in a number of programs for the young and underprivileged. Since 2007, she has been a leading brand ambassador for the famous Swiss watch company Vacheron Constantin, with which she has collaborated on a program to help promote young talented artists, including a concert organized in Madrid which was attended by the Spanish Queen Sofia.

Her career has also led her to compose her own music, which she believes is a vital part of what makes her a good composer, her ability to understand the composition of a piece of music, to decompose it and rebuild it, to really get inside it. In 2014 she released her autobiographical novel La Batuta Invisible, meaning ‘The Invisible Stick’, in which she compares her job to that of any professional in a position of management, what it takes to be a leader, someone who needs to create harmony among different elements. 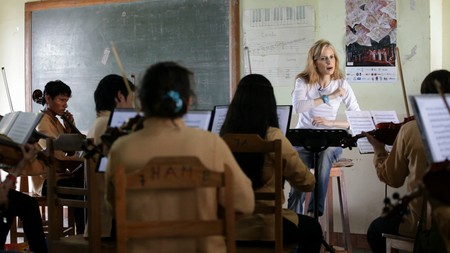 Those in the world of music recognize Inma as representative of a new generation of conductors, and already she has been awarded for her contributions to music, including the Women’s Prize in the European Excellence Awards for her international contributions to music and was nominated ‘Honorary Ambassador of the Spain Brand’. Still only in her forties, Inma Shara is set to become one of the most influential female composers of our time, giving a powerful example for young women in and out of the music world.