Ibiza and Formentera – The Other Side of the Islands 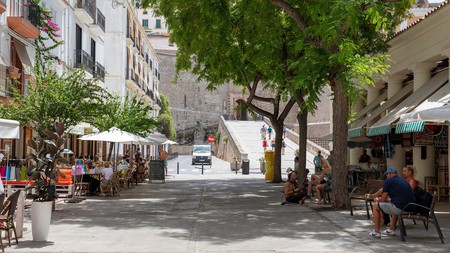 Ibiza and neighbouring Formentera are well known to tourists around the world. They form half of the main Balearic Islands – with Menorca and Mallorca completing the set – and are in a part of Spain popular with international travellers. With nightclubs shut and curfews continuing into the summer, however, what can you do on the party islands when the music suddenly stops?

There’s no escaping the main reason people visit Ibiza in the summer months. The Spanish island has deliberately cultivated a reputation as a party destination within easy reach of young Europeans. For many British teenagers, it’s one of the first holiday destinations to visit with friends, away from the watchful gaze of parents and guardians. 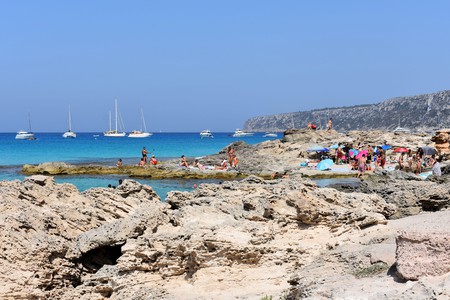 Like many such destinations, the challenges posed by an uncertain travel landscape have been difficult to address. We take a closer look at the surprising things you can see and do when visiting Ibiza without a superstar DJ in sight, and also explore the underrated attractions of Formentera, too. The two islands complement one another perfectly and are the ultimate escape for adventurers and sun seekers alike.

Exploring Ibiza’s other side

There’s always been “another side” to Ibiza. Up until the early ’80s it was a quiet island retreat for Spanish travellers from the mainland and discerning European visitors. A minority would come to Ibiza and ignore the pristine beaches to instead party through the summer months in villa retreats with their friends. Then, with the introduction of super clubs like Pacha, partying became the main reason for many people to visit. The cultural side of the island is now predominantly to the east, on the opposite side of the notorious Sant Antoni strip where many youngsters congregate in cheap accommodation.

It’s a shame the rest of Ibiza has been overlooked in the last few decades, but with the clubs shut there is a real opportunity to see a lot more of the appropriately named White Isle.

Where to stay in Ibiza 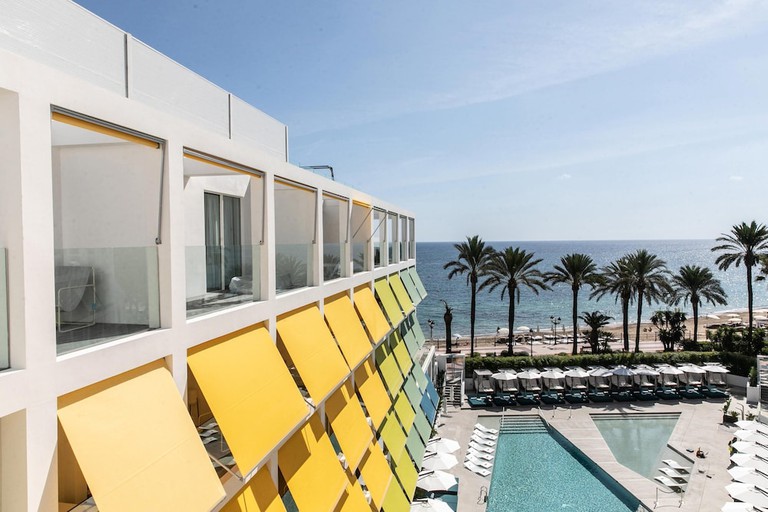 If you’re heading to Ibiza and want to experience the best of the island in one place, head to Santa Eulalia. Its relatively central location means its easy to get around from here. You’ll want to stay somewhere within easy reach of the spectacular beaches, and we can’t think of a better choice than the new W Ibiza. You get a unique design, which is as functional as it is beautiful, with a private pool that is a few steps away from a public beach. If you want to party, then head up to the rooftop – where there’s not only an infinity pool with outstanding views, but also an excellent bar with a DJ allowing guests to enjoy sunsets and late evening drinks afterwards. Finally, you should also try dining at Cafe Ve, a vegan restaurant that is attached to the hotel and serves healthy dishes using local ingredients.

Things to do in Ibiza 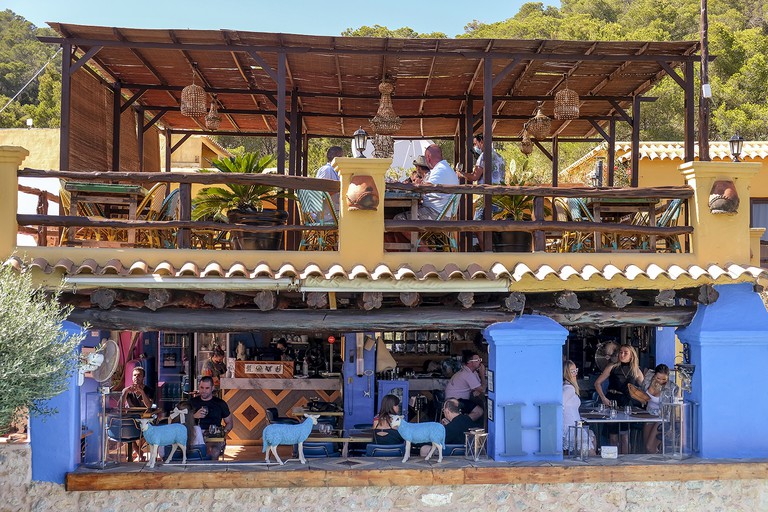 Leaning into the history of Ibiza, Pikes is the famous hangout that started life as a party villa close to Sant Antoni de Portmany promenade. It now functions as a small boutique hotel, but is better known as a cool daytime hangout and late-night club. Obviously the after-hours activities have been put on hold, but if you want to see Freddie Mercury’s favourite tennis court or take a dive in the actual pool from Club Tropicana, then this is the place to go to. Award-winning restaurant Pamelas is ideal for lazy brunches, and the menu is regularly updated with seasonal twists. Cool Brits have always ended up here, so if you want to have a good time in photogenic locations, head to this infamous spot. 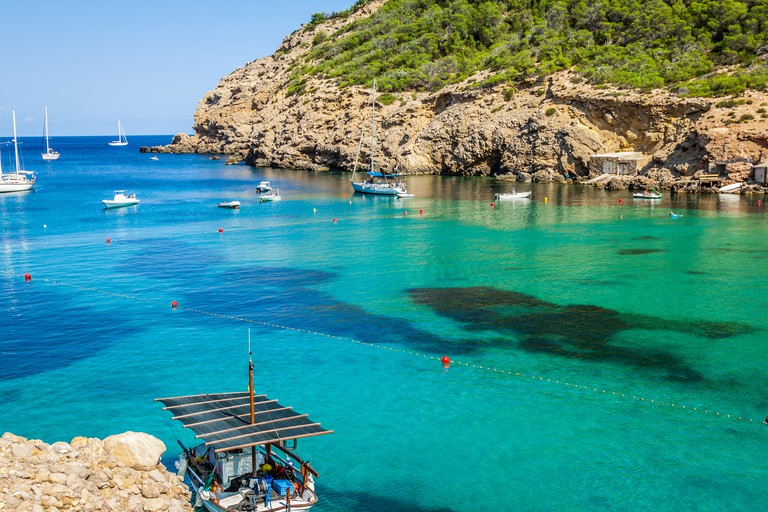 © Lukasz Janyst / Alamy Stock Photo
Covid-19 might have impacted most of the popular pastimes on the islands, but capturing spectacular sunsets is not one of them. If you head to the very north of Ibiza, you’ll find Cala Benirrás, a beach that is a great place to unwind and see off the day. On Sundays the beach is full of drummers who play their instruments throughout the day, and there’s a real hippie vibe here. If you have a limited time on holiday, then make sure you spend at least one late afternoon on Cala Benirrás.

There are a lot of fine dining options in Ibiza, but if you’re looking for a wide selection then this is the street for you. Locals call it Restaurant Road, and a quick stroll along it will show you exactly why. You’ll find cuisine from around the world, at very reasonable prices – and now that dining curfews have been lifted, it feels like a slice of Ibiza that has got back to normal. 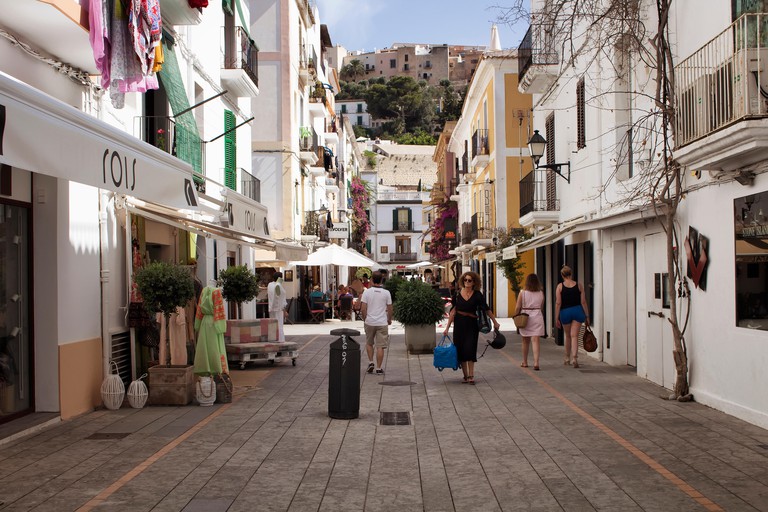 Another recommendation is Ibiza Town – simply known as Ibiza by locals – which you’ll recognise as the Old Town part of the island. You’ll find many of the big yachts moored here, and the marina is a great place to enjoy an evening meal. Buses connect all major areas of the island and are a cheap way to get around. Once you do get to this bustling part of town, you’ll also be able to take a ferry to other destinations. A regular service connects Ibiza to Formentera, taking only 30 minutes to connect the two islands.

For what is reportedly a “tiny island”, Formentera isn’t actually that tiny at all. Sure, it’s not as big as the other islands of the Balearics. There’s only a few main roads connecting every major destination you could possibly want to travel to, but you still need a set of wheels to get around. You should also factor in several long walks to get to the best beaches and points of interest too. So while you can do a short day trip to get a sense of Formentera, an overnight stay is the best option to take it all in.

Formentera might not have the “party” reputation of Ibiza, but it is still something of a relative mystery to many visitors. What exactly can you do here and is it worth visiting?

Where to stay in Formentera 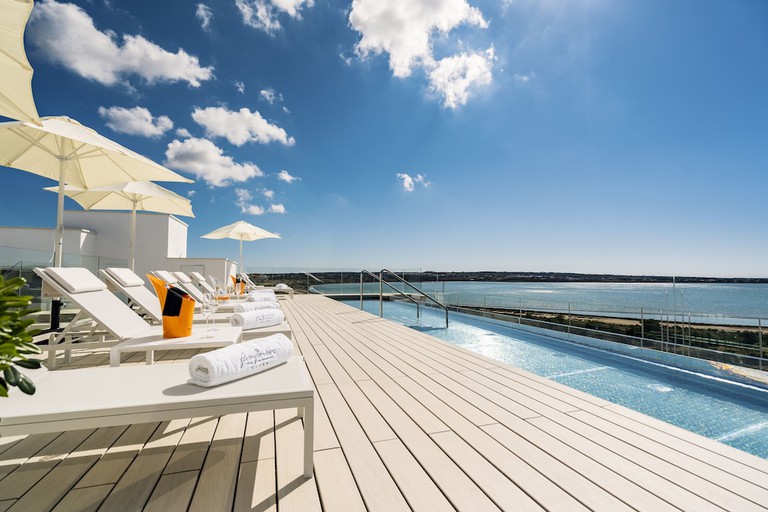 There aren’t as many options on Formentera when it comes to finding places to stay, so if you do end up spending a few nights on the island you want to pick a hotel that is worth the effort. Five Flowers is perfectly situated on Es Pujols strip, the most popular tourist spot on Formentera. The hotel has arguably the best rooftop for food and drink here, and is aimed at the wellness-conscious traveller. If you’re planning to stay close to all the main attractions and relax at the same time, this is the best option. You can walk to the beach in minutes, take a dip in a private pool and even enjoy a full spa treatment – all in one location.

Things to do in Formentera 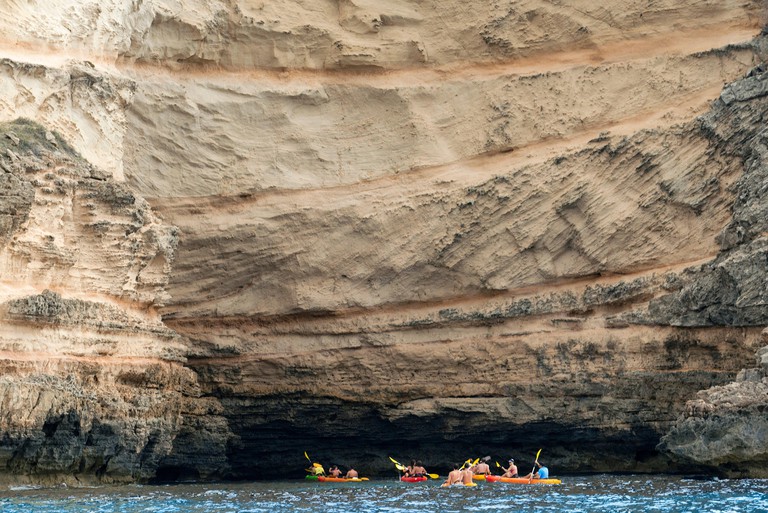 If you want to explore more than just the beaches around the sublime Es Pujols coastline, take a tour with watersports adventurers Wet4Fun. You can do all sorts of sailing and paddleboarding in a great location, and even opt to try yoga in the middle of the sea. A great option is a kayak tour which can be done as a group or with an individual tour guide. This is the best way to see one of Formentera’s best caves, the imposing and colourful Cathedral. 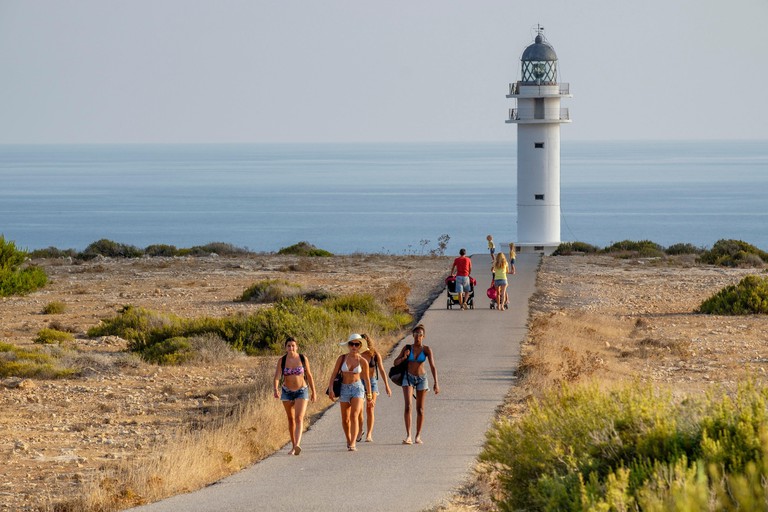 If you’re up for exploring a little further from the northern coast, then take a trip to the very south of the Balearics to see this lighthouse. You’ll have to park a few kilometres away from the structure itself, and walk the rest of the route – local authorities are keen to keep this remote building, er, remote. The trek isn’t too difficult but can be exhausting in the sun, so take plenty of provisions. There are other lighthouses on the island, but this one with its cinematic heritage and isolated location is our favourite. 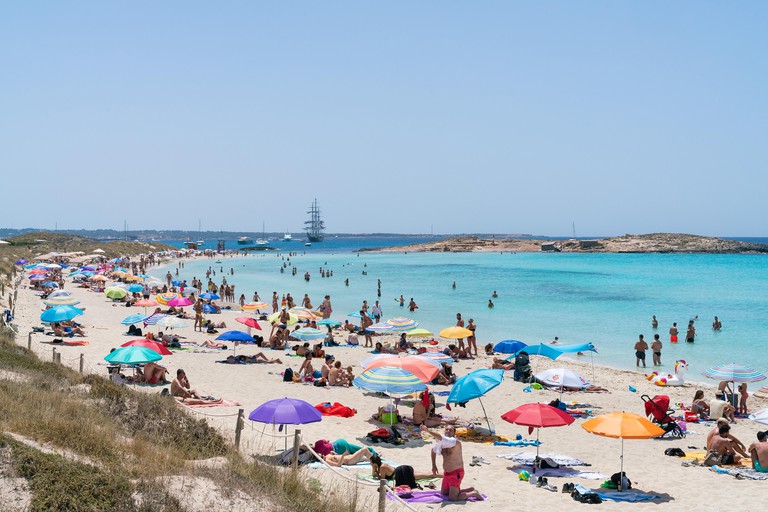 Some of the best beaches in the world are to be found on Formentera. Wooden walkways help guide you to the top ones, and if you walk a few miles from Es Pujols you’ll find the serene beauty of Playa de ses Illetes. This stretch can be viewed from afar when taking the ferry to Formentera, but up close it’s truly breathtaking. You can drive close to the area at off-peak times, but if you have the option try getting there under your own steam.