How to Travel & Get Around in Spain 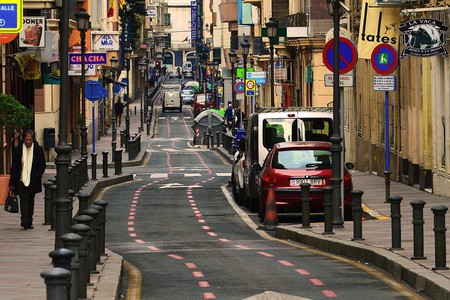 From the wild shores of the Atlantic to the azure coves of the Mediterranean, the Pyrenees to the Sierra Nevada – there is much to see in Spain. Public transport has come along in leaps and bounds in recent years, with high speed trains, internal flights and bus services being some of the easiest ways to get round.

There are over 40 airports dotted across mainland Spain and the islands, many of which have regularly scheduled external flights as well as internal flights. The largest airports are those of Madrid Barajas and Barcelona El Prat which have the most frequent flights in and out of the country.

Low-cost airlines operate daily internal flights which usually take no longer than two hours depending on the distance travelled (excluding flights to the Canary Islands). Vueling is the low-cost branch of Iberia Airlines and often offers good value tickets on internal flights. 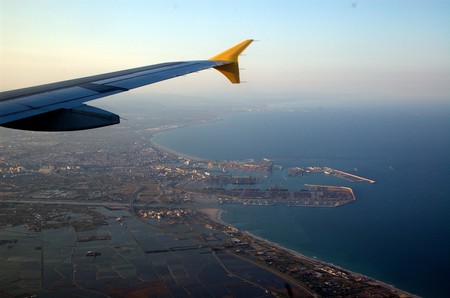 Landing in Valencia I | © Andrew Fecheyr

RENFE is Spain’s national train network which operates regular services across the country with high-speed, regular and suburban train lines. The train lines were vastly modernised in recent decades and today the system is generally efficient and reliable. Train lines also operate with neighbouring Portugal and France, although a train from Paris to Madrid will take around 10 hours, so this is not always the fastest way to get in to the country.

The best way to travel long distances in Spain is to book the high-speed train or AVE (Alta Velocidad) which run between most major cities. A train ride from Barcelona to Madrid covers some 500km (311 miles) in just 2hrs 40 minutes, while a train from Madrid to Seville takes around the same time. 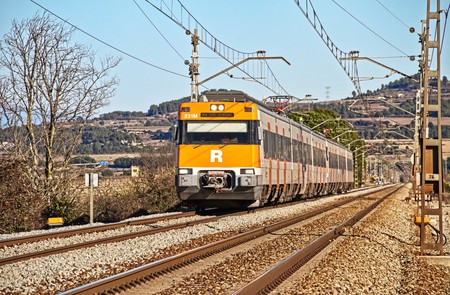 There are a number of regional train companies which work in parallel with RENFE to offer suburban and local lines. In Barcelona the FGC trains (Ferrocarils de la Generalitat de Catalunya) provide regular connections to the suburbs as well as places such as the Montserrat mountain and monastery, a popular tourist site. In the Basque Country, Euskotren operates services between the San Sebastián and Bilbao to just over the border with France.

When travelling by train it’s important to buy your tickets in advance, especially for AVE trains and long distances as a seat reservation is necessary on many routes. There is also a financial incentive to book in advance, as tickets are often considerably cheaper if booked online or in the train station before the travel date. Be sure to check the calendar as bank holidays may affect regular services. 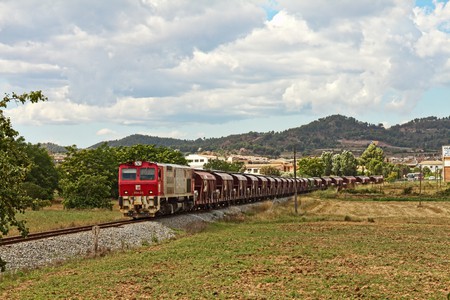 An FGC train I | © eldelinux

Getting the bus is one of the cheapest ways to get around Spain – although for long distances it is not always the most comfortable. It’s also one of the easiest ways to access off-the-beaten-track destinations and rural areas where there are no train lines. 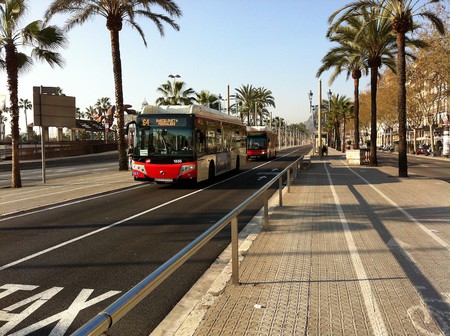 A local bus in Barcelona I | © Andrew Nash

There are often a huge number of routes departing from main cities and connecting to smaller towns in the surrounding countryside. These routes are popular with workers and as such there are often more services during the week than at weekends. Most cities and larger towns will have a bus station (look for the ‘estación de autobuses‘) from which buses depart and from where tickets can be bought in advance for certain routes. On the vast majority of buses, tickets can be bought from the driver when accessing the bus.

There are many bus companies operating across Spain, often with more than one operator in any given area. One of the easiest ways to find the right provider for you is to use a website such as movelia.es which offers services by most of the main bus companies in the country. 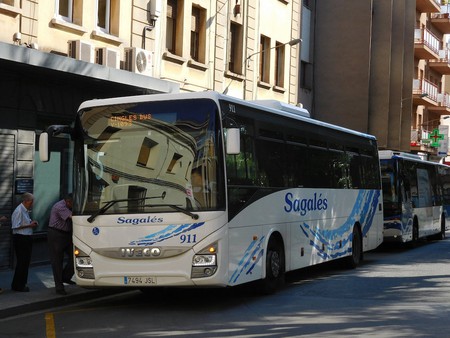 A regional bus in Catalonia I | © Vasconium

Last but not least, hiring a car is another great way to get around in Spain as it allows you to plan your own route and follow your own pace. There is a vast network of motorways known as ‘autovías‘ which can be identified by an A letter at the beginning of the road number. Some of these roads are toll roads called ‘autopistas‘ – in which case they are identified by the letters AP – so be sure to have either a card or cash to pay for your journey. 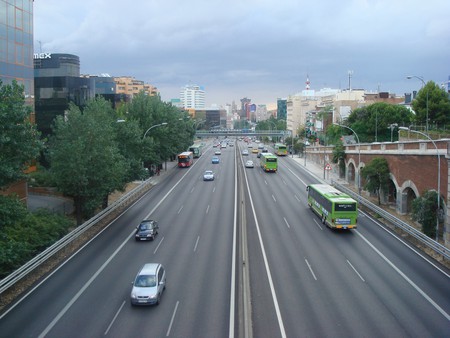 An autopista in Spain I | © Álvaro Ibáñez

A cheaper but slower option is to stick to the normal roads which often run parallel to the motorways but do not allow cars to drive as fast and are not always in as good condition. The speed limit on A roads and AP roads is 120km/h (75 miles/h) whereas on standard roads the speed limit is 90km/h (56 miles/h) unless otherwise indicated (and in town the speed limit is 50km/h (31 miles/h)).

Be aware that hotels in towns and cities will often charge you up to €25 per night to keep your vehicle in parking. Public parking lots are cheaper but can still be up to €15 per night depending on where you are.