How to Survive a 24-Hour Party at the Málaga Feria 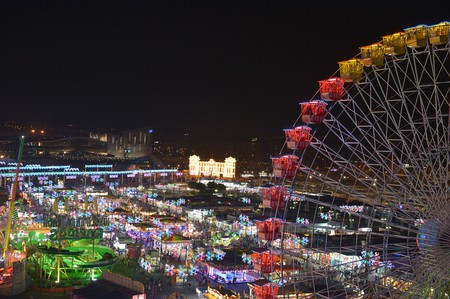 The Costa del Sol is as famous for its party scene as much as it is for all-year-round sunshine and gorgeous beaches. It’s conferring quite an accolade on Málaga, then, to say that it hosts the best annual bacchanalia in the province: every August, this stylish city throws itself into its colorful, raucous feria – and the partying doesn’t stop for a week.

A distinctive aspect of Málaga’s annual feria is that the celebrations don’t just take place in marquees (called “casetas”) on a sandy site the size of several football pitches (known as a “recinto”), usually located quite a way out of the city center. This is the case with most other Andalusian fiestas – and Málaga has a caseta-packed recinto to rival any of them. But here, during the day, the party is on the streets. The casetas are for much, much later. 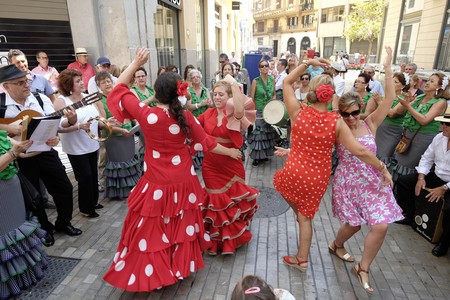 Andalusian ferias tend to have a signature drink, and Málaga’s is a sweet, sherry-like wine known as “cartojal”. During feria, it is sold in practically every food and drink store and tobacconist in the city for about eight euros a bottle; in fact, to keep up with demand, street stalls selling cartojal and little plastic glasses pop up all over the center. Your 24-hour party will kick off around lunchtime, then, bottle of the signature intoxicant in hand. The best place to head is the old center’s principal street, Calle Marquis de Larios (named after a former mayor of the city) which runs up from Málaga’s stunning port area to one of its main squares, Plaza de La Constitución. 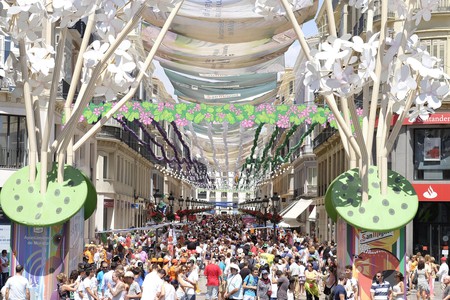 Every year, feria takes over the streets of Málaga | © Ayuntamiento de Málaga/Flickr

Larios and Constitución become gloriously packed and chaotic with locals enjoying spontaneous street parties. The women wear the beautiful flamenco dresses (or “trajes de gitana” – gypsy dresses) and dance to the music performed by street bands, who set up along the length of Larios. In any Andalusian town, feria is something to be celebrated by the entire family, so although there will be plenty of drinking and dancing going on you’ll never be far from a pushchair or from a toddler being lavished with attention by adoring family members. This adds to the joyful, inclusive atmosphere that defines the street celebrations of Málaga’s feria.

The street party goes on all afternoon and includes a late, long lunch in a local bar. Lunches at ferias are big occasions to be shared among friends and family. They typically start around 2.30–3PM and last for the rest of the afternoon. There is no rush, after all – and you will need to take some fuel on board (other than cartojal or beer) for the long evening and night of partying that awaits you on the recinto.

Perhaps refreshed by an early evening siesta, it’s back out onto the streets for more dancing, more music and more cartojal. People start heading to the casetas around 10.30–11PM and the recinto usually stays open until around 5–6AM. There’s nothing quite like your first dose of an Andalusian feria at night: the recintos have beautifully illumiated, specially-designed main entrances and, within, a mini-city of individual casetas – run by various local businesses, charities or collectives – offers every kind of food, drink or music you could want. Málaga’s feria combines the modern with the traditional, so in addition to family-orientated casetas playing the distinctive “Sevillana” music (like flamenco but much more accessible) there are those offering a nightclub-style experience. 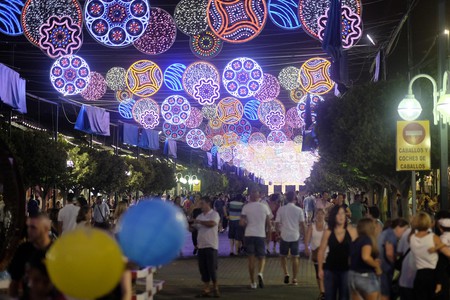 For those who have the stamina, the Málaga feria goes on long into the night | © Ayuntamiento de Málaga/Flickr

When dawn arrives and the casetas start closing down, it’s time for breakfast. Those still standing – the truly hardcore – head back into the city and find a local bar. Here, along with old men taking their morning brandy, you can enjoy churros, strong coffee, tostadas and orange juice before weaving your way back to where you’re staying. There are few happier or deeper sleeps than those after a day and night partying at an Andalusian feria. And when you wake up, around lunchtime, it all starts again.