How to Spend A Day in Barcelona Like a Catalan 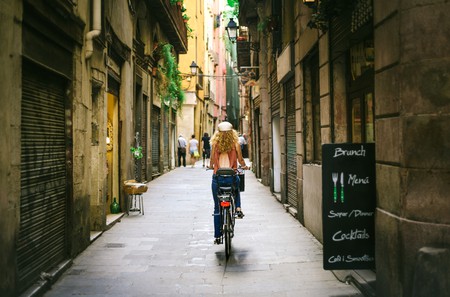 Ever wondered how locals like to make the most of their free time in the Catalan capital? It’s one thing to be a tourist in the hometown of Antoni Gaudí and Pablo Picasso (to name just a few) but quite another thing to enjoy the city as someone who lives here all year round. Read on to discover how to put yourself into the shoes of a local in Barcelona for the day.

Get Off To A Good Start

The good news is that people generally have two breakfasts here in Barcelona: an early morning one when they first get up and a mid-morning snack around 11am called ‘almuerzo‘. In most cafés, you’ll find that they offer a breakfast menu that usually consists of a coffee and a small sandwich or pastry. Grab a seat on the terrace if the weather allows it and observe as you see the locals gather with friends and loved ones to enjoy the moment. If you’re on your own, grab a copy of one of the local newspapers such as La Vanguardia, El Diario or El Periodico, watching out for the supplements at the weekend. 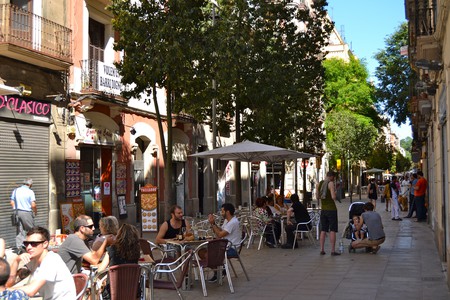 Check Out The Local Market

With a good breakfast behind you, head to one of the local fresh food markets for an authentic shopping experience. While the most famous is La Boquería, most locals will go to the neighbourhood market closest to them. Check out the Mercat de Hostafranc, the Mercat del Ninot in Eixample or the Mercat de la Llibertat in Gracià to get a glimpse of where locals do their everyday shopping. 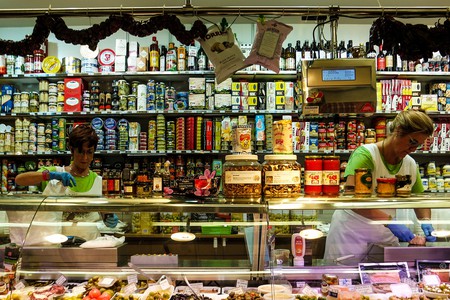 Inside the market | © Bryn Jones

Get A Sweat On

In addition to enjoying a healthy Mediterranean diet, most Catalans take sports seriously and exercise at least a few times every week. The proximity of both the beach and the mountains means that there is a multitude of sports to choose from. However one of the simplest options is simply to go for a walk or jog around the city. There are a number of great hike routes as well as the possibility to walk along the sea from the Barceloneta all the way to nearby Badalona. 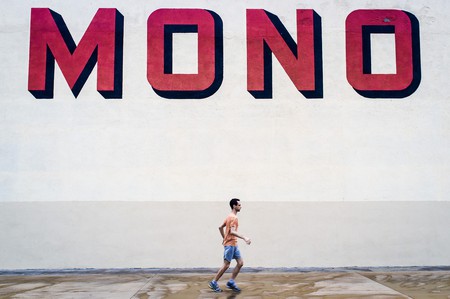 Watch The Game…From A Bar

If FC Barcelona are playing, be sure to watch the match but don’t splash out on tickets: most locals watch the game from home or in their favourite bar. As a result, the Camp Nou stadium has something of a reputation for not having the best atmosphere, given the lack of local supporters. However, the same can’t be said for the many bars and restaurants in which locals gather to cheer on their team. And if Barna win a big match, then be sure to make your way over to the Font de les Canaletes water fountain on the Rambla – supporters gather there in their hundreds and thousands after important wins. 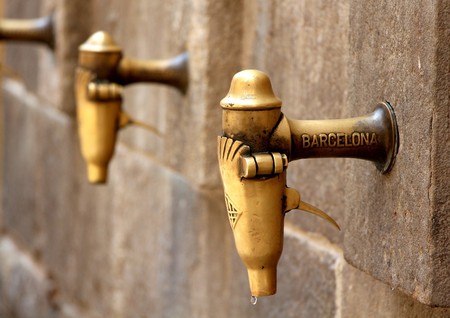 Do Some Afternoon Shopping

While most shops in Barcelona will shut during lunchtime (except the ones in the main tourist zones), this means that they tend to stay open later than other places in Europe. Shops will open around 5pm and stay open until at least 8pm or 9pm, so you have plenty of time to browse in the evening time. Head to the Passeig de Gracià if you’re looking for designer labels, otherwise try the boutiques in Gracià for more independent shopping. 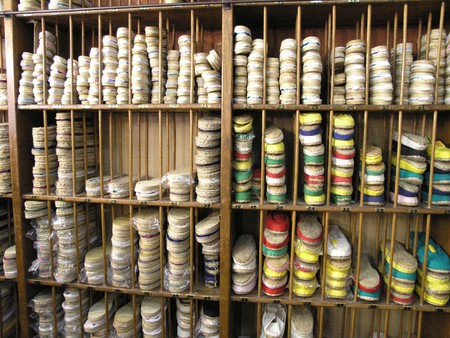 Even if the locals here in Barcelona are no exception to the general stereotype that “Spanish people eat late”, they do, however, tend to eat light. While lunch time is the perfect opportunity for long meals with friends and family, come the evening Catalans often opt for lighter options such a grilled fish with vegetables, soup or perhaps a helping of Spanish omelet with a side of salad. However, at weekends most people let their defences down a little and are inclined to be tempted by a tantalising tapa or two if they’re out of the house.