How to Spend 48 Hours in Málaga 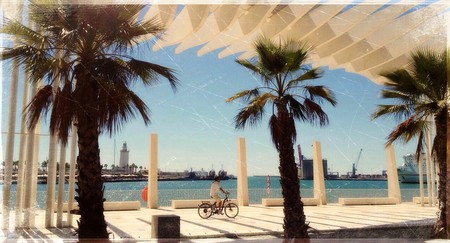 Málaga is one of Andalusia’s most vibrant and exciting cities. Birthplace of Pablo Picasso, home to one of Spain’s most important – and its most aesthetically stunning – ports and with a historic town center that combines tradition with modernity, it has everything you could want for a wonderful 48 hours.

The old center of Málaga clusters around the cathedral and the principal shopping street, Calle Marqués de Larios, and exploring this area is a wonderful way to pass an afternoon here. Calle Larios itself is a marvel in southern Spain, where many of the streets – including the most modern – are narrow and overshadowed by stately old office and residential buidlings. But Málaga’s busiest thoroughfare feels more like a Parisian boulevard than anything else you are likely to encounter in Andalusia: wide and spacious, it leads up from the port area to old Málaga’s principal sqaure, Plaza de la Constitución. Lined with smart designer shops, Larios hosts some of the most hardcore street parties during the city’s August festival, and is beautifully illuminated by the Christmas lights every December. 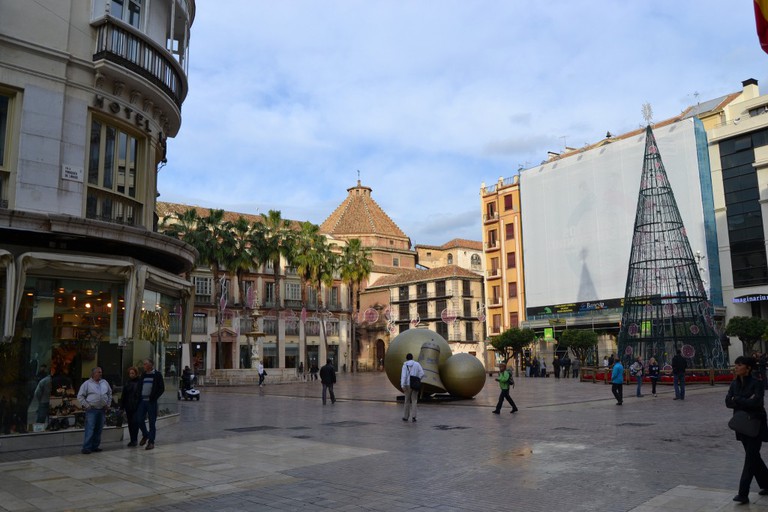 The old and the new sit side by side in this part of Málaga, giving it a cosmopolitan yet traditional atmosphere all of its own in Andalusia. Heading from the Plaza Constitución, you can meander up Calle Granada, past El Pimpi – the city’s best-known restaurant, but more of that later – and towards the other key square of the neighborhood, Plaza de la Merced. On this lively square, where Pablo Picasso was born in 1881, street artists are often found painting, sketching and performing, and its many bars’ sunny terraces are great places to enjoy a drink and bite to eat.

Indeed, Picasso is to Málaga what Federico García Lorca is to Granada. No visit to his hometown would be complete, then, without a stop at the superbly-maintained Pablo Picasso Museum on Calle San Agustín. A real family affair, the museum was started in 2003 by Christine and Bernard Ruiz-Picasso, Picasso’s daughter-in-law and grandson respectively, and the permanent collection features 233 works from every stage of Picasso’s eclectic career. And over the next three years the museum is set to acquire a further 166 Picasso pieces, some of them rarely displayed to the public. Developments such as this show why Málaga is fast developing a reputation for being the most innovative and cultural city in Andalusia.

For all its cutting-edge modernity, Málaga is also a city steeped in fascinating history. Like all the other major cities in southern Spain, it owes much of its design and architecture to the Moorish rulers of Andalusia, who built Málaga’s Alcazaba on the remains of a Roman fortification around the middle of the eighth century, and which makes for an interesting couple of hours’ visit. It was extensively rebuilt by the Sultan of Granada in the 11th century and connected up to the nearby Gibralfaro Castle by a Nasrid King in the 14th. Viewed from the port, this understated masterpiece of Moorish archtiecture blends in effortlessly with the hillside. There is also a well-preserved Roman amphitheater in its foreground, on Calle Alcazabilla.

Well worth exploring in itself, over a leisurely morning or afternoon, is Málaga’s stunning port. Though it has been in use since Phoenician times, the beautiful promenade along the harbor-front has been stylishly modernized in recent years with the addition of the ‘Palm Garden of Surprises’ and is a lovely space in which to walk and watch the cruise ships coming and going. At the far end, near Málaga’s historial bullring, is a row of bars and restaurants that lead to the beach.

Most famous restaurant in Málaga

Andalusians’ fondness for booze-fuelled socializing being what it is, you can’t move in the center of Málaga for establishments offering refreshments. But the most famous of them all is unique for being loved equally by locals and visitors: El Pimpi is an inriguing network of corridors, terraces, bars and dining rooms on Calle Granada, one of the old town’s principal streets. It is named after a certain kind of local character – a “Pimpi” – who would help crews unload their wares off ships arriving in the dock and take them somewhere nearby for a drink and bite to eat afterwards. Famous patrons – including Antonio Banderas, who lives nearby – have signed the old wine barrels that line the wall of one of its bars. An unbeatable spot for dinner in Málaga. 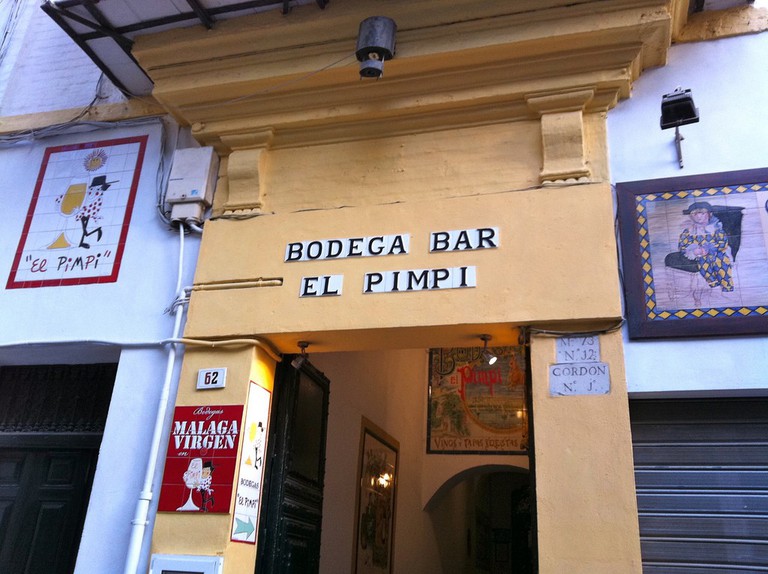