How to Spend 48 Hours in Cádiz, Spain

The seaside city of Cádiz is one of Spain’s hidden gems. It offers everything you could want for a 48-hour visit: beautiful beaches and architecture, great tapas bars and an enchanting old town to explore. Read on for our tips on how to get the most out of two days in the city.

Kickstart your 48 hours in Cádiz by exploring the maze of streets and squares that make up its historical centre. This is the first part of the city you’ll come to when alighting from the train or bus (via the impressive Puerta de Tierra) and consists of the barrios of Santa Maria, San Juan and El Pópulo. Plaza San Juan de Dios is a particularly attractive square and is overlooked by the elegant town hall building; follow Calle Pelota off the plaza and you’ll find yourself in a maze of shabby-chic streets lined with funky cafés, old-school tapas bars and smart boutiques.

After a couple of hours wandering around the old city centre, visit Cádiz’s star architectural attraction. Constructed between 1722 and 1838, the Santa Cruz cathedral was nicknamed the ‘Church of Americas’, financed as it was by the roaring trade carried out between Spain and the ‘New World’ in the 18th century. The inside is every bit as spectacular as the façade, and from one of its two towers you can take in views of the Cádiz skyline. Afterwards, try La Barrica for lunch: it boasts a sunny terrace from which to admire the cathedral’s façade, friendly waiters and Andalusian fare at decent prices. 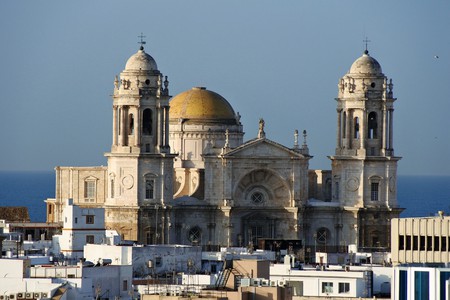 After a leisurely lunch, enjoy a seaside stroll along the Campo del Sur promenade, which takes you past Playa Caleta, the smaller of the city’s two beaches. In low tide, fishing boats sit stranded on the sand in the shadows of Santa Catalina castle. This defensive fortress was commissioned by Philip II in 1596, after that year’s sacking of Cádiz by Anglo-Dutch forces. Some of its interior spaces have been converted into exhibition halls, in which you can see (for free) shows by leading local artists.

From the Santa Catalina castle, follow the main seaside walkway as it bends to your right and you’ll soon find yourself standing in front of two of Cádiz’s natural wonders. Just outside the entrance to the university’s economics faculty are a couple of enormous, gnarly rubber trees – or ficus macrophyllas – that are over 100 years old. Another of these incredible specimens can be found in the Genovese Park just opposite, which is a great place to take a rest in the shade. 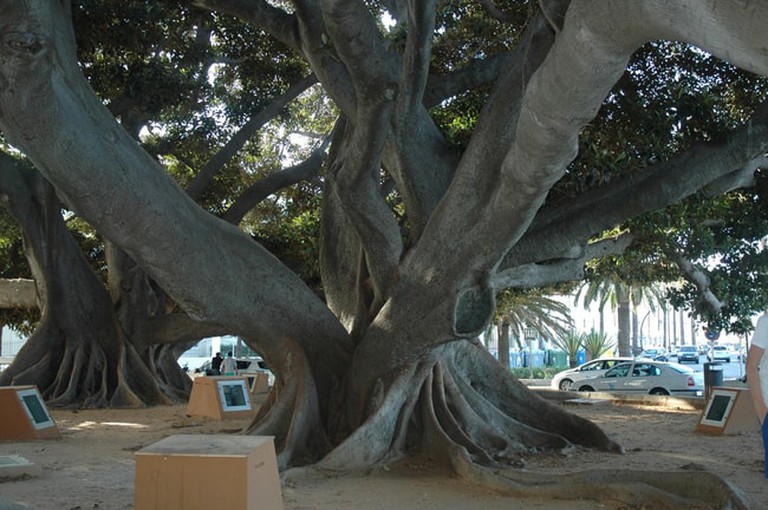 One of the giant old rubber trees in Cádiz | © Tauralbus / Flickr

Round off your first day in Cádiz by exploring the gracefully ageing fishing quarter of La Viña, which occupies the southwestern chunk of the city. La Viña is home to the legendary Casa Manteca, an old tapas-and-drinking den decorated with yellowed bullfight posters and press cuttings. Pull up a bar stool or grab one of its few tables and enjoy the lively ambience and the superb tapas and wines. Nearby Calle Virgen de la Palma is also lined with buzzing local hangouts. 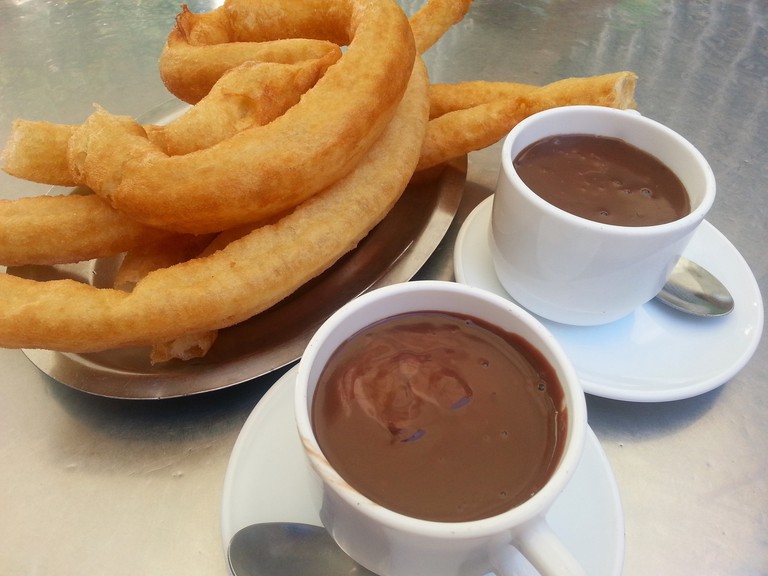 After breakfast, take the pulse of Cádiz streetlife by crossing over to the Plaza Libertad, home to the city’s biggest and best food market. The central aisles are given over to fresh fish stalls – where locals noisily haggle over catches brought in from the Bay of Cádiz just a couple of hours earlier – while butchers and fruit and veg stands line the sides of the plaza. There are plenty of bars surrounding the market if you fancy a cheeky caña (small beer) and some tapas with some of the freshest seafood in Andalusia.

Cádiz boasts what are arguably the two best city beaches in southern Spain, so don’t visit without spending an afternoon lounging and swimming on either Playa Caleta or Playa de la Victoria. Playa La Caleta is a gentle curve to the west of the Santa Catalina castle and is where the locals moor their fishing boats. A little further to the east is Playa de la Victoria, a straight stretch of sand that seems to extend all the way to the horizon. Both offer wonderful bathing and chilled chiringuitos (beach bars) for snacks, cocktails and beers.

For an exhilarating finale to your stay in Cádiz, take in a flamenco show at Peña La Perla. La Perla usually stages two or three concerts a week, most of which feature performers from the local flamenco academy and are free to attend. Here, you’ll see performances that are flamboyant rather than intimate, with five or six dancers on the stage at once, stomping and whirling to the guitar and singing: it’s tremendously noisy and utterly life-affirming. 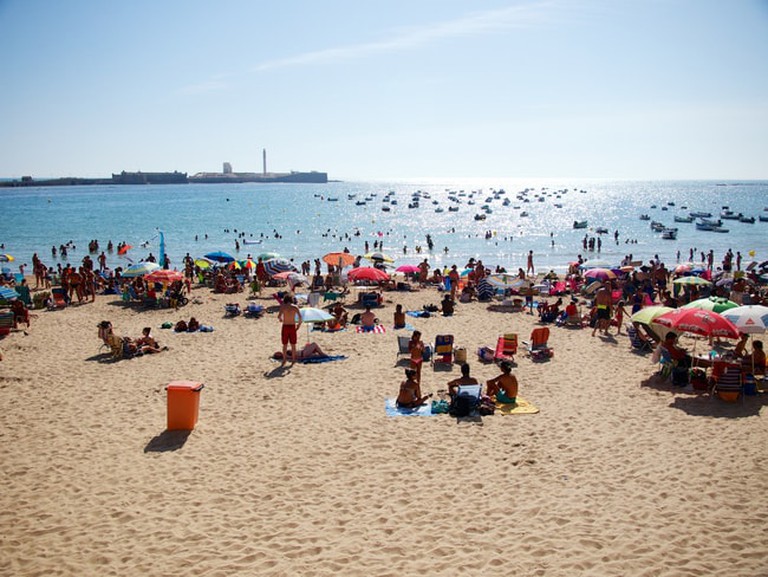