How to Celebrate Easter in Pamplona 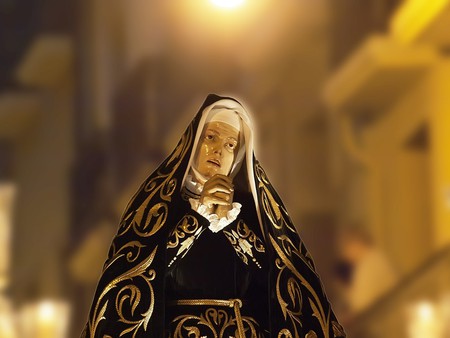 The run up to Easter is celebrated throughout Spain with religious processions, huge floats and music from local brotherhoods, but each city has its own unique traditions. Pamplona, the capital of Spain’s Navarra region is no different, and celebrates Holy Week, or Semana Santa, with its own floats, processions and traditions.

Holy Week processions have taken place in Pamplona since 1599. During this time, the people of the city were suffering from a devastating plague, which was killing hundreds of them. It was decided that the effigy of Christ with his five wounds and his crown of thorns should be carried through the streets to pray for the people. According to legend, it is said that after this, people began to get better and the plague disappeared from Pamplona altogether. 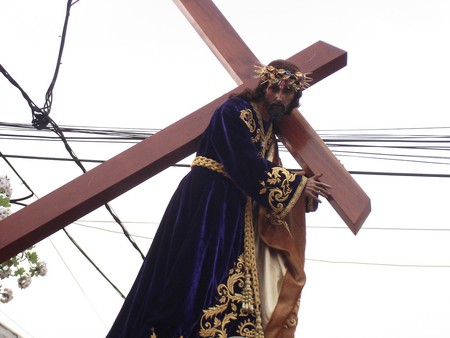 Today, this event is remembered with the Vow of the Five Wounds. Members of the Church of San Agustín dress in their full ceremonial getup and commemorate the miracle by carrying the effigy through the streets again.

As well as this, there are parades held all week, beginning on March 26th and ending on Saturday March 31st. These parades feature religious brotherhoods, dressed in colourful ceremonial costumes, with pointed hats covering their heads and faces, as well as huge, beautifully-decorated floats. For a full list of the parades and what time each is on, visit the website here.

Floats to look out for

Pamplona has many amazing looking floats, which will be carried through the streets during its Holy Week parades. Look out for the impressive ‘Entry to Jerusalem’ statue, by Ramon Arcaya, dating back to 1924. It weighs 847kg (1,867 pounds) and needs 22 people to carry it. Another important float is that of ‘The Last Supper’ by Jose Ruis. Created in 1919, it weighs an impressive 2,110kg (4,651 pounds). The third to look out for is ‘The Sorrowful’, or ‘La Dolorosa’, made by Rosendo Nobas in 1883 and carried by 24 people. 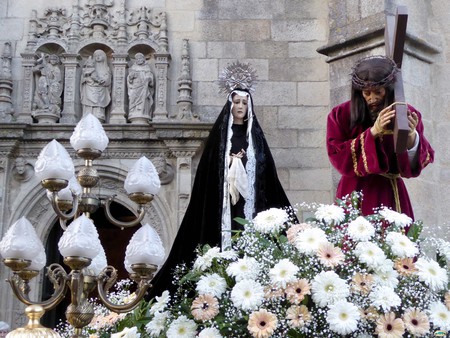 The Good Friday parade is one of the highlights of the Pamplona Easter celebrations. On this day, there are four different religious processions which take place across the city. One of the most important and impressive is the Procession of the Holy Burial, which will take place from 6:30pm to 9pm. 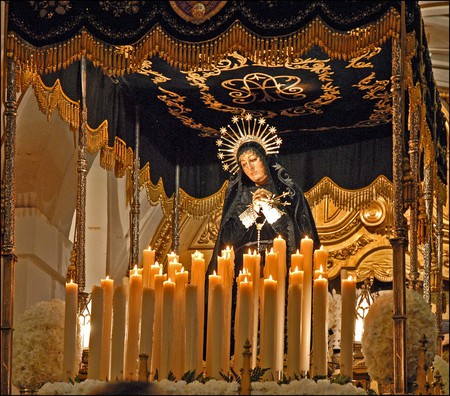 The Monday following Easter Monday, Pamplona’s Easter celebrations continue with the arrival of the statue of Saint Michael Archangel. A crowd of locals gather in the Park of Antoniutti to welcome its arrival before carrying it to the Church of San Nicolás. The statue will stay in the city all week and visit several churches on its journey. The following Sunday, Saint Michael Archangel will leave Pamplona until Easter next year.