How To Celebrate Christmas Like A Catalan In Ten Easy Steps 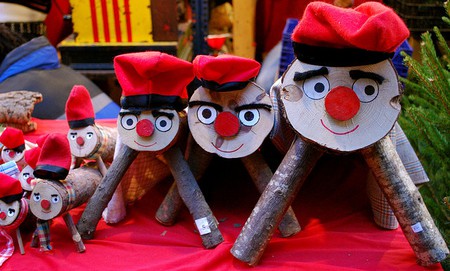 Catalonia is a region famed the world over for its proud traditions that stretch back for centuries. Here are ten easy steps that you can take to enjoy the festivities and celebrate Christmas like a true Catalan. 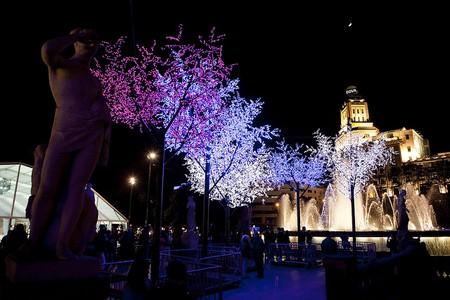 Take Time Out for the Feast of the Immaculate Conception

Celebrated on 8th December, the Feast of the Immaculate Conception marks the beginning of the Christmas celebrations in Catalonia. This is a very serious celebration to many members of Catalonia’s Roman Catholic population – it is the day that they celebrate the ‘miraculous conception’ of the Virgin Mary. Even though there are no traditional events or activities that take place on this day, it is common for families to spend time together to enjoy their day off work, gathering in restaurants and churches, or browsing the traditional Christmas markets. It is also on 8th December that people begin to decorate their homes in preparation for the festivities ahead.

Decorate your Home with a Nativity Scene

Like in many other countries in the world, the Nativity Scene, or pessebre, is central to the decoration of Catalan homes during the Christmas period. It is often assembled as part of the celebrations for the Feast of the Immaculate Conception, and in Catalonia it is common to find not only the traditional stable scene, but an entire reconstruction of the town of Bethlehem at the time of Jesus’ birth – complete with moss for the grass and cork for the hills. The obvious centerpiece for the pessebre is the empty manger, in which the baby Jesus is placed on 24th December, and around him you can find the usual nativity characters – farm animals, angels, Mary, Joseph and the Three Wise Men. But on top of this, there is one additional character that you are unlikely to come across anywhere else in the world. 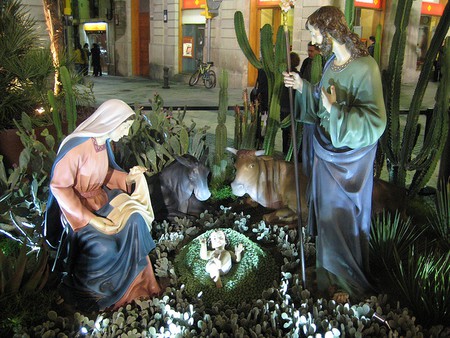 The counterpoint to the ornamental traditionalism of the Nativity Scene is the outrageous figure of the Caganer – a man in traditional Catalan dress, squatting with his trousers around his ankles, defecating in the stable. This is a character without which the traditional Catalan pessebre would not be complete. He is an essential element of the decoration, and his popularity ensures that he will always remain so. The tradition of placing this character within the customary Nativity Scene dates back to the 17th and 18th centuries, when it was allegedly added as a symbol of good luck. The feces of the Caganer are supposed to fertilize the ground and ensure a good harvest for the year ahead. Today, however, Catalans commonly use the figurine as an excuse for satire and as a means to bring the mighty back down to earth. The models can often be found for sale in Christmas markets carrying the faces of celebrities, politicians and other public figures. 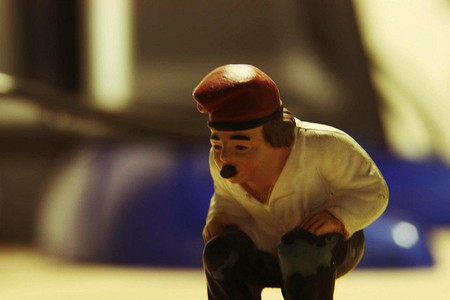 Tuck in to a Very Different Kind of Christmas Dinner

Christmas Eve in Catalonia, and in Spain in general, is a vitally important day for the whole family. It is on 24th December that the main Christmas meal is eaten, although the food served in Catalonia will differ from that in the rest of the country. The traditional Catalan starter is known as escudella de galets. It is a soup containing large, snail-shaped pasta shells, made from the broth that is produced when boiling the meat course. The carn d’olla – literally the meat of the pot – is removed from the broth and served separately as the main course. This will usually include a mixture of meats, a large meatball big enough for the whole family to share, and a variety of typical winter vegetables. It is a hearty, filling, winter-warmer of a stew, which has been served at Catalan dinner tables since the 14th century. Typically, this meal is accompanied by cured meats, red wine and cava. The family will take the opportunity to present one another with token gifts, usually giving the children small instruments which they use to serenade their relatives with Christmas carols.

Another Christmas Eve tradition in Catalonia centers around two of the season’s most popular facets: food and feces. The Caga Tió, or the Poo Log, is another decoration that is brought out on 8th December, but it is not until Christmas Eve that the reasons why become fully evident. A small wooden log painted with a huge smiley face and adorned with the traditional Catalan barretina hat, the Caga Tió is placed beside the fireplace and is cared for from 8th to 24th December by the children in the household. The children keep Caga Tió warm by covering him with a blanket, and they feed him sweets and dried fruit to fatten him up for their feast on Christmas Eve. This is when, usually after the main meal, the children start to hit the log with sticks, all the while singing a special song in the hope that he will excrete gifts and sweets for them. As the blanket is finally removed, after days and weeks of anticipation, a treasure trove of small toys, turrón, and Christmas goodies are revealed as presents for the children. And, in a tradition dating back to a time when rural families would gather around the fire, Caga Tió is then thrown amongst the flames to provide the whole household with much needed warmth.

Unlike many other countries in the world, Christmas Day itself is not the main celebration in the Catalan festive period. Gifts are not traditionally exchanged on 25th December, though it is increasingly common for families to embrace more secular Christmas ideals and place presents under the tree for one another. Roast turkey is often served as the main meal that day, accompanied by various traditional Catalan tapas dishes. However, rather than being a day for giving and receiving presents, 25th December is a much quieter affair, treated as another occasion in which to enjoy good food in the company of your nearest and dearest.

Bring out the Canelons for the Feast of St. Stephen

Much like in many other Catalan festive traditions, Boxing Day (December 26th) is seen as another day to enjoy a hearty meal with your relatives and loved ones. Traditionally, the people of Catalonia will use the leftover food from Christmas Eve and Christmas Day to prepare canelons – cannelloni filled with the uneaten meat from the carn d’olla, and any other surplus ingredients from the meals of 24th and 25th December. For dessert, again, families will often serve different varieties of the typical Catalan turrón – nougat mixed with honey and almonds – while the children will recite a traditional poem for the Feast of San Esteban, or St. Stephen in English.

Trick your Friends with your Inocentadas

On 28th December, the Catalan people, as in the rest of Spain, celebrate Día de los Santos Inocentes (Holy Innocents’ Day). This is the Spanish equivalent of April Fool’s Day, and it is a day in which the entire country lives in constant suspicion. Television channels and newspapers will create bogus reports to trick their viewers and readers, while the rest of the people will go about their daily business wary that they will be the victim of some kind of practical joke. When somebody is fooled, they are mocked by the joker exclaiming ‘Inocente!’ in celebration of their successful trickery. But the reason behind the celebration is somewhat less jovial. It is a tradition that stems from the Biblical story of King Herod ordering the death of all boys in Bethlehem under the age of two, in response to the news that Jesus, the new King of Israel, had been born there. As a tribute to the innocent children that were massacred that night, the people of Catalonia will act like children for one day, pinning paper puppets and rag-dolls on each other’s backs, and enjoying the care-free festive atmosphere. 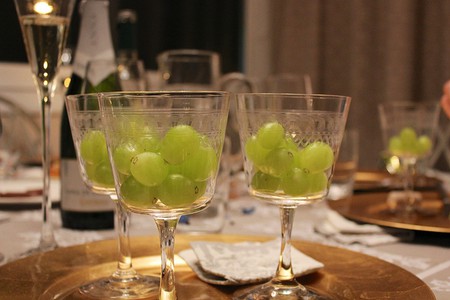 Stock up on Grapes for New Year’s Eve

Celebrating the New Year in Catalonia is another event that is traditionally shared between close family and friends. Relatives will gather together in the evening to enjoy a meal together, placing a gold item in their glasses of cava before drinking them in order to bring themselves good luck. The family will then, almost mandatorily, turn their attention to the television for the countdown of the clock to midnight. As the New Year is ushered in, and the chimes ring out across the region, you will find bars, restaurants and homes filled with Catalan people shoveling grapes into their mouths (and no doubt choking on them too!). This is because the tradition in Spain is to greet each chime of the clock by eating a grape (one for each month of the year) and, no matter how many years’ practice you have, this is not something that is easy to do! Following the usual toasts and well-wishings for the year ahead, the family is likely to split up, as the younger members go out to join their friends at parties, and the older contingent stays at home to continue the festivities. On New Year’s Eve in Catalonia, it must be added, it is customary to wear red underwear in order to guarantee yourself a successful love life for the upcoming year. 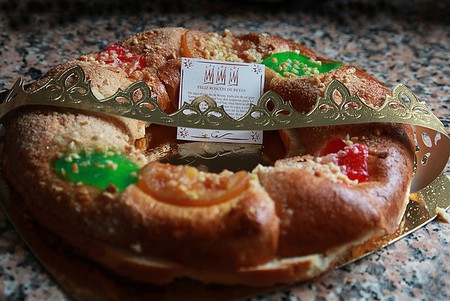 Treat your Loved Ones on Three Kings’ Day

In Catalonia, the traditional day that is reserved for the giving and receiving of presents is January 6th, known as Día de los Reyes Magos in Spanish. While much of the excitement builds among children for the day that they will open their gifts, the actual celebrations begin on 5th January – the day that the Three Kings arrive in town on camelback, having travelled from the Far East. In Barcelona, they are welcomed to the city with an enormous procession, which weaves its way from the harbor throughout the city’s streets, with the Three Kings throwing gifts and sweets to the hoards of excited children that have gathered to greet them. On the night of 5th January, in order to ensure that they are filled with presents, Catalonia’s children will clean their shoes and leave them out for the Three Kings to find. They will also leave water and hay nearby so as not to neglect the camels. On the day itself, once the delirium of opening the gifts has subsided, the family will again sit together to share a meal, which is followed by a traditional dessert. The roscón de reyes is a ring-shaped cake cooked especially to be eaten on Three Kings’ Day. Inside the cake there are two items – a small king figurine, and a dry green bean. When the cake is served, everyone checks their piece to find out whether they have either object. The person who finds the king in their piece of cake is made king for the day, and will be given a crown to wear, while the person who finds the bean is the unlucky one – they have to pay for the cake!