How To Avoid The Crowds In Barcelona 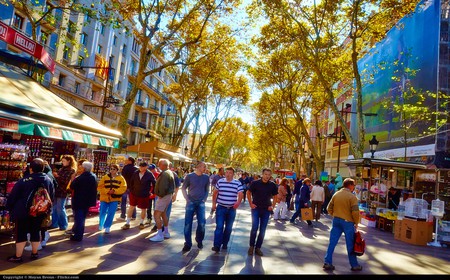 With an estimated population density of almost 16,000 per square kilometer – and that’s without counting the nine million or more tourists who visit the Catalan capital each year – escaping the crowds in Barcelona is not easily done. Boasting some of the most precious architectural gems of Europe, from the Sagrada Família to the winding streets of the Gothic Quarter, its no wonder everyone is eager to explore the city. Luckily we’ve compiled a handy insider’s guide to seeing the best of Barcelona without having to bump shoulders with everyone else.

There’s no doubt about it, if it’s your first trip to Barcelona then the Gothic Quarter, the Born and Sagrada Família are probably all must-sees. But when you’re not setting off specifically to see the sights, head out of the city center to get a taste of the real Barcelona and experience some of the more humble sites of daily life in the city. While part of the reason the city is such a popular destination is of course the many architectural wonders that occupy its city center as well as the lovely atmosphere of the old town and the water front, there is another side to the city which many visitors never take the time to discover. 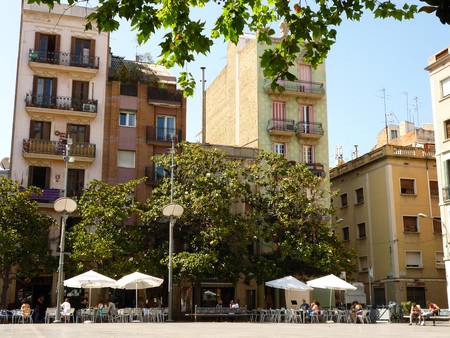 Gràcia is more popular with tourists now than it was a few years ago, but it still has much more of a laid-back and authentic feel to it than the city center. It’s best known for its large public squares full of charming bars and restaurant terraces where locals gather for a beer and tapa with friends. It’s also home to some interesting independent boutiques offering designer clothes and alternative local artisan goods; a refreshing change from the high-street brands you’re likely to find in the center.

If you’re looking for a slightly livelier atmosphere, head over to Carrer Blai in the up-and-coming Poble Sec, where you’ll find a street full of busy bars specializing in pintxos – the Basque equivalent to a tapa on a stick. If you fancy something slightly more upmarket, check out one of the many first class restaurants in the neighborhood, from the classic Venetian Xemei to recent opening and local favorite Mano Rota. 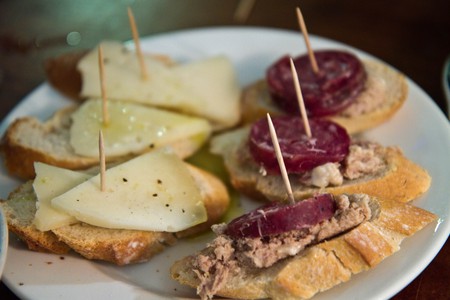 While the Parc de la Ciutadella located next to the Born is one of the liveliest parks in town – popular with slack-liners, jugglers and musicians – it’s also one of the most crowded. If you want somewhere a little more peaceful to wander and relax, why not try one of the gardens and parks on Montjuïc. In addition to having a more tranquil atmosphere they also offer some spectacular views over the city. 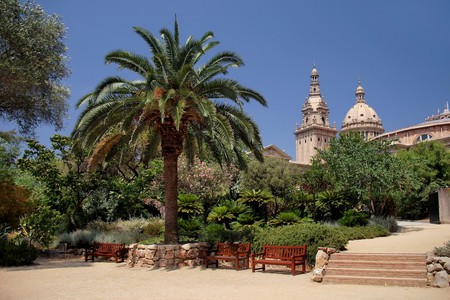 Get the timing right…

Knowing the best time to visit the city really depends on what you want to see and do. If you’re most interested in visiting the city’s many museums, art galleries and historic monuments, then why not opt for a late fall or early spring visit when the sun worshippers are away. Don’t worry about the weather; on average Barcelona sees 55 days of rain a year – and when we say days, we really mean a few hours. With fewer tourists around between October and April, the off-season is the perfect time to explore the city’s many cultural sights without having to queue for hours. 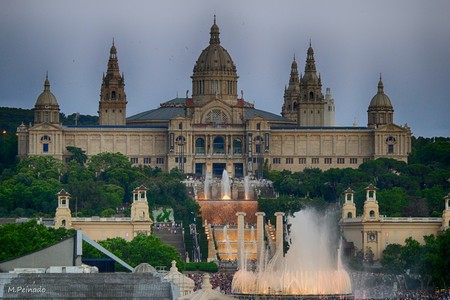 If, on the other hand, you’re mostly interested in enjoying the sea breeze in your hair as you splash around on the beach, occasionally visiting a local chiringuito (the beach bars that pop up in summer) for a drink and a bite to eat, then you may find that August is your time to shine. While the city will be full of tourists making the most of the summer holidays, the vast majority of locals will have packed their bags and left the city, as many local businesses impose a three-week holiday on their employees during the month of August. While this means that some of the local businesses and shops will be closed during that month too, most of the main shopping areas and bars and restaurants in the city center will still be open.

Search out the alternative…

While there are certain names you just can’t help but associate with Barcelona – Antoni Gaudí, la Boqueria, the Camp Nou – there is so much more to the city, and in many cases it’s well worth putting a little extra time in to research an ‘alternative’ route through the Catalan capital.

While Antoni Gaudí may be the most famous architect to hail from Barcelona, the Catalan Modernist movement was pioneered by a number of other architects, too, whose mark comes in the form of some of the city’s most precious buildings, often overlooked by visitors. Head over to the Hospital de Sant Pau to discover one of Lluís Domènech i Montaner’s most acclaimed designs – seconded only by the sumptuous Palau de la Música Catalana, both of which have been awarded UNESCO World Heritage Status – while Josep Puig i Cadafalch gave the city the Casa Amatller on Passeig de Gràcia, named after the chocolatier who commissioned it, Antoni Amatller. 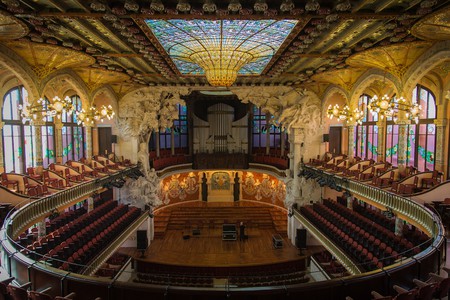 If you’re looking to get a taste of Barcelona’s thriving fresh food markets, while the Boqueria might be the most iconic place to head, it’s also by far the most crowded and has arguably lost some of its authenticity in recent years. Head a little further out though – to Sant Antoni, Gràcia or Hostafrancs to name just a few – and you’ll find some of the lesser known markets where locals can still enjoy a catch up over the counter.

And if sports is your thing then a visit to the Camp Nou is probably high on your list of priorities. However don’t miss the chance to discover one of the other most important sites of Catalan sporting history, the Lluís Companys Olympic stadium and museum, located on Montjuïc hill. This was the main site of the 1992 Barcelona Olympic Games, a pivotal moment in Barcelona’s, as well as sporting, history.