How to Attend a Bullfight in Spain 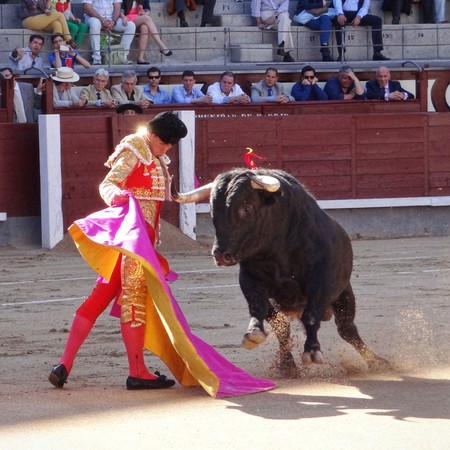 If you decide to go to a bullfight while on a trip to Spain, there are a few things worth knowing beforehand, from the best places to sit to what actually happens down on the sand. Read on for our guide to attending a Spanish bullfight so you get the most out of the experience.

The atmosphere around a bullring before a major bullfight is electric, itself part of the experience of attending one. It’s a good idea, then, to arrive about an hour before it starts. In all Andalusian cities, there are bars near the bullrings that are officially or unoffically the “bullfighting bars”, so look yours up before you head to the plaza de toros: these are where local aficionados and journalists gather beforehand to discuss the upcoming event. Grab a pre-bullfight beer in one of these, soak up the ambience and await the arrival of the toreros – amidst crowds of autograph-seekers – about twenty minutes before the bullfight starts. 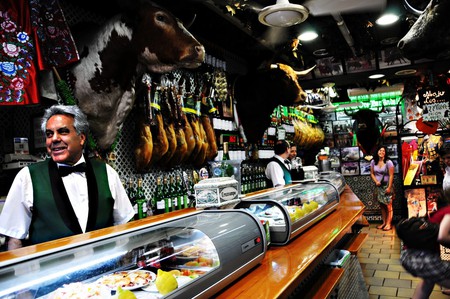 The best way of buying your bullfight tickets is simply to head to the Ticket Office – Taquilla – at the bullring itself, which usually start selling them about ten days before the event. It never hurts to buy as far in advance as you can but doing so on the day usually isn’t a problem.

Seats in the ring are divided into three broad price categories: sol (sun) is the cheapest (bear in mind that during summer these will be in strong sun and heat for most of the bullfight); sol y sombra (sun and shade) is a little more expensive; whilst sombra tickets offer shade throughout the whole spectacle and are the most expensive. As a rough guide, prices range from €10 ($12) at the top in the sun to over €100 ($123) for shaded front-row seats. Tickets are also available online from some bullrings’s websites and from servitoro.com, although the mark-up on the latter can be substantial. Avoid buying from ticket-touts just before the bullfight starts.

This very much depends on the size of the ring and how much you’re willing to pay. In intimate plazas such as Ronda‘s, even the cheapest seats “in the Gods” – the andanada – will give you a pretty good view of what’s happening down on the sand (tickets usually cost €10 ($12) to €15 ($18), depending on sol or sombra); yet if you’re that high up in larger arenas (Seville, Pamplona, Madrid) you can feel too disconnected from the spectacle and miss a lot of the details. 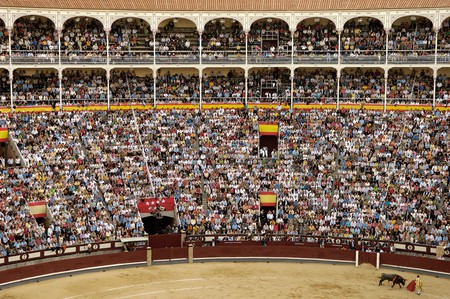 Your best bet, then, is to sit midway up the ring, in the seating sections known as tendidos, where prices usually range between €20 ($25) and €50 ($60); these are further split up into bajos (towards the front) and altas (higher up) and are cheaper in the sun than in the shade. Sitting here will give you a good view of the spectacle’s colourful aesthetics and you’re also likely to be surrounded by local aficionados. Bear in mind that the “seats” in a bullring are numbers on a concrete bench, so you might want to bring a cushion; and if you’re in the sol, you’ll need decent sunglasses, a hat and lots of cold beer.

Bullfights are one of the few things in Spain that start on time, and a trumpet call will announce that things are underway. The events that follow can be a little confusing the first time you see them, so it’s worth bearing a few things in mind.

During a formal bullfight, or corrida de toros, three toreros each kill two bulls over the course of a spectacle that lasts between two and three hours. The twenty or so minutes that each bull spends in the ring is split up into three thirds, or tercios; the first is the third of the picador, in which the toreros test the strength and agility of the bull with large pink capes called capotes; the second third is for the banderillos, who place three pairs of barbed sticks in the hide of the bull’s shoulders with as much artistry as they can; and the third and final act is called the faena. 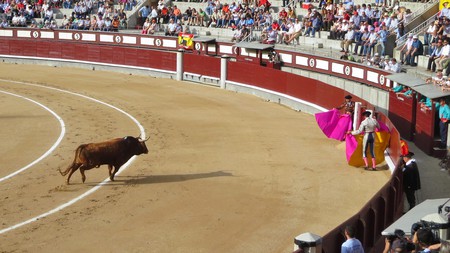 During the faena, the torero’s assistants retreat behind the barriers, leaving him alone in the ring with the bull. Working with a smaller cape called the muleta, he tries to show off the bull’s qualities as well as his own skill by creating linked series of passes. If the atmosphere is right and the torero is doing well the band will start up. The faena is not allowed to last more than ten minutes and trumpet calls sound if the torero is taking too long.

If the crowd judge the performance to have been good, they will petition the president to award the torero one of the bull’s ears by waving white handkerchiefs; if they think it’s been a great faena, they will clamour for two ears to be cut. A good bull is cheered as it’s dragged out and truly exceptional animals are given a pardon – indulto – and leave the ring alive. Indultos are very rare occurrences but it if you do see one you’ll never forget it. 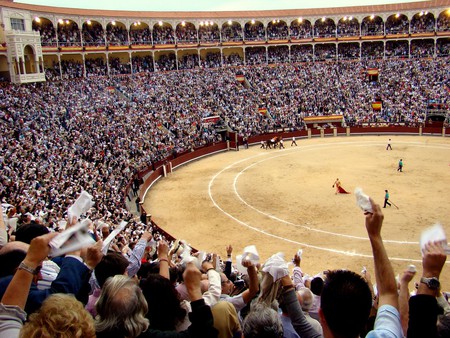