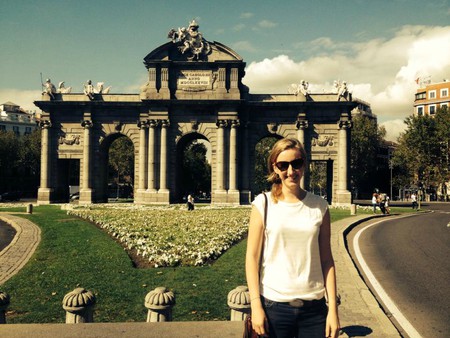 Many of us dream of leaving our dreary day job behind and moving to a warmer, more exciting destination. British writer Kate Boyle did exactly that and decided to move to Madrid, where she discovered the city’s food, fun and fiestas and in the process found a lot of inspiration for her first novel.

Culture Trip chats to British author Kate Boyle, whose experiences of moving to Madrid have inspired her first novel, Happy as a Partridge. She gives us the lowdown on her favourite city and some top tips for anyone thinking of visiting Madrid.

Culture Trip: What inspired your new novel, Happy as a Partridge?

Kate Boyle: Six years ago, unemployed, I packed up my bags and set off for Madrid. I planned to stay for a month, learn some Spanish and hopefully find inspiration for my next steps in life, little knowing that I would end up falling in love with the city and staying for nearly three years. My Spanish was still appalling after a month, so the easiest job to find was teaching English, and before I knew it I inadvertently ended up working in an institute for trainee mechanics.

My brief was to teach them technical English, yet they were much more interested in flirting and asking the difference between ‘boobs’, ‘breasts’ and ‘tits’. My awkward, embarrassing and downright ridiculous experiences with them provided endless entertainment to my friends and family, and after a while I thought I had a lot of material that could be good for a book. I’d always vaguely thought about writing a novel, and the result combines this comical inspiration with the ups and downs of expat life, the struggle to find a balance between independence and ties to home and the joys of Spanish life as seen through the eyes of an English girl.

CT: How autobiographical is the novel?

KB: Although the main events – the protagonist Evie’s winning of the competition, her move to the city and the launch of her career in teaching – are similar, the majority of the details and characters are either heavily exaggerated or altered versions of real people or totally imaginary. Of course the book is heavily influenced by my own time in Madrid, and Evie’s love of the city mirrors my own; I drew on my personal experiences, particularly in the classroom scenes, but I think the result is a more entertaining read than an accurate autobiography would have been!

CT: What were your first impressions of Madrid?

KB: To be brutally honest I was initially rather underwhelmed with the city. It had none of the Andalusian charm I had naively been imagining was present all over the country. It doesn’t have the grandeur of Rome or the beaches of Barcelona, and for a little while I regretted my decision. However, I soon came to appreciate the charm of the city – the madrileños like to say that if you’re in Madrid, you’re from Madrid, and the warm and positive attitude of the locals was infectious. The streets are always buzzing, the beautiful light and blue sky casts a positive glow over the city, and I soon came to the conclusion that the quality of life and its relaxed pace are unbeatable.

CT: Did you experience any culture shock when you moved to Madrid?

KB: More than I expected! I was initially taken aback by the directness of Spaniards. ‘Why are you so white?’ strangers would ask, or grannies would scold me for not wearing a woolly jumper on a sunny October day. Not only that, but it took me months to stop flinching as strangers, friends and students clasped my arms, legs or in fact any part of my body at random to emphasise a point during conversation. I alternated between hating their invasion of my personal space and finding it oddly comforting. I also struggled to adapt to the late hours of meal times in the evenings, my stomach rumbling by 8pm but usually not getting filled before 10pm at the very earliest. 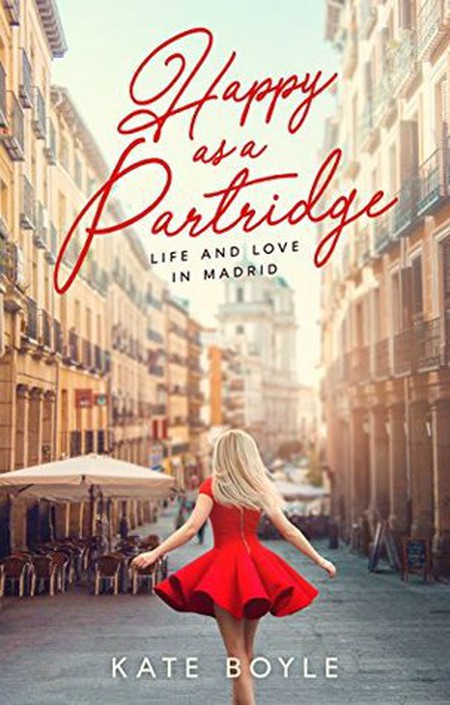 Happy as a Partridge | © Puente Publishing

CT: Your protagonist Evie originally moves to learn Spanish – how was your experience learning the language and do you have any tips for beginners?

KB: On the basis of having completed a beginner’s course, I boldly told friends and family that I knew enough Spanish to get by before I went to Madrid, but within an hour of arriving I realised that was total rubbish and every time someone spoke to me in Spanish I totally clammed up.

I think there are two types of people when it comes to learning languages – those who don’t like to say anything unless they are certain it’s accurate, and others who are happy to make mistakes left, right and centre as long as they manage to get their point across. I definitely fall into the former category, and I think that was a real hindrance in learning. I would encourage beginners to just throw themselves into the deep end, keep at it, not worry about mistakes and be brave. It takes such a long time to master a language and the more you learn, the more you realise there is still to learn, but I find it such a rewarding experience (I still have a long way to go!).

I love the visual nature of many Spanish expressions; to do the cobra (hacer la cobra) means to duck out of the way of an unwanted kiss and to ride or mount a chicken (montar un pollo) refers to someone making a scene or kicking up a fuss! Every time I felt frustrated with grammar I would try and learn a few more amusing phrases and challenge myself to use them in conversation. Listening to the local radio, watching Spanish films and reading the newspaper hugely helped me improve too.

CT: Evie also jumps into Madrid’s dating scene – how was your experience dating in Spain and were there any big differences to dating in the UK?

KB: Spanish men struck me as far more confident, in both good and bad ways, but I loved how much more proactive they are in chasing girls. I’ve come across English men who like girls for months before they pluck up the courage to ask them out, but Spaniards seem to hesitate far less. English men definitely win in the punctuality stakes though!

Women appear to be appreciated more in Spain and ‘hola guapa‘(‘hello, beautiful’) which is said by and to everyone all the time, never failed to put a spring in my step. I was told many times that as a pale-skinned, blonde English girl I was ‘exotic’ to Spanish men and to be honest I revelled in the attention – I have to admit I felt rather less appreciated when I moved back to London! 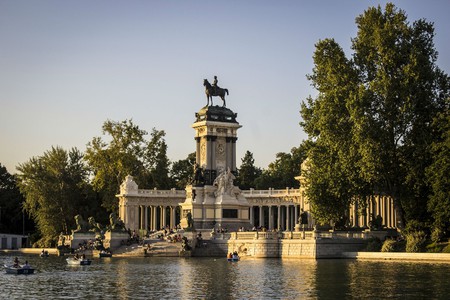 CT: What is your ideal day in the city?

KB: My morning would start with a coffee and pan con tomate in Plaza Olavide, which is close to where I used to live and an ideal spot to while away hours watching the world go by. I’d move on to Museo Sorolla, one of my favourite spots in the city – the house of the Valencian artist, it’s bursting with beautiful sunny beach scenes and I adore the garden full of tiles and fountains outside. I’d then wander down through my favourite barrio, Malasaña, popping into the bohemian shops and independent boutiques before heading to lunch in Plaza Santa Ana, another of my favourite people watching spots.

A little stroll and maybe a snooze under a tree in Retiro, or a row on the lake if I was feeling more energetic, would round off the afternoon nicely! In the evening I’d go to one of my favourite restaurants, La Perejila in La Latina for a slightly chaotic, colourful Spanish vibe, or perhaps La Musa something more chilled. I’d round the day off with a few drinks at 1892 Dry Bar which does the best cocktails in the city.

CT: Any top tips for people planning to visit Madrid?

KB: I would definitely advise against rushing around trying to see all the sights. I think the real charm and joy of Madrid is best appreciated pottering around, soaking up the ambience of the various barrios, visiting the markets and really getting a feel for the life on the streets. Remember to conserve energy for the evening too – as Hemingway famously said, nobody goes to bed in Madrid until they have killed the night, so if you want to be taken seriously by the Spaniards you’ll be up until sunrise!