How This Barcelona Square Earned the Name 'Hole of Shame' 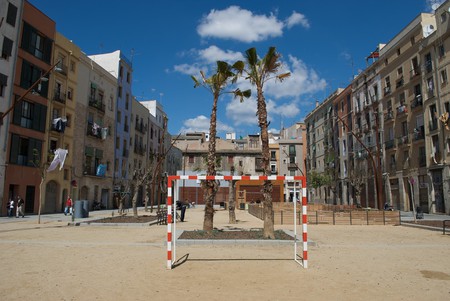 Located just metres away from the popular Santa Caterina food market, the so-called ‘Hole of Shame’ is at first glance a rather ordinary public square. However its story is one of widespread dissidence, ongoing confrontation with the authorities and even a precursor to the anti-tourism sentiment which today is felt by many local residents. This is the story of Barcelona’s remarkable ‘Hole of Shame’.

From urban redevelopment to public uproar

These days the area commonly referred to as El Born is best known for its designer boutiques, artist workshops and trendy cafés popular with both locals and tourists. The Santa Caterina market, with its colourful curved roof, is a focal point for social and commercial life in the neighbourhood – less known to the tourists and somewhat less hectic than the nearby Boquería market. 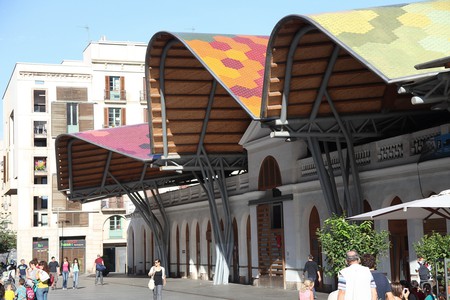 Yet just round the corner from the market lies one of the most controversial public spaces of Barcelona’s recent history. Resembling little more than an open space between a mix of old and new apartment blocks, the ‘Hole of Shame’ or ‘Forat de la Vergonya’ as locals refer to it, has become a symbol of public resistance to the perceived threat of gentrification and real estate prospecting.

The Hole of Shame

The story begins in the mid-1980s when the local council announced new urban development plans designed, in theory, to improve living conditions in the city’s Old Town. The plans called for the demolition of a number of housing buildings which were to be replaced with newer, improved infrastructure. 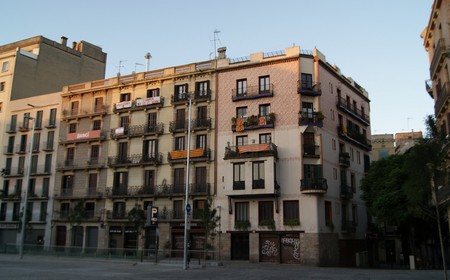 However, by the time demolition started in the late nineties, local residents had grown suspicious of the local authorities’ intentions. They were concerned that the new housing would not benefit the poor and vulnerable as promised, but price locals out of the area and encourage prospecting and gentrification. The original plans had also called for the creation of a public green space which was by now being sidestepped.

From conflict to compromise

What happened next is so remarkable that it has been the subject of research in the fields of psychology and urban planning. After the demolition of a block of flats covering some 5,000 square-metres, local residents voiced their anger by occupying the empty space which they quickly began referring to as the Hole of Shame. 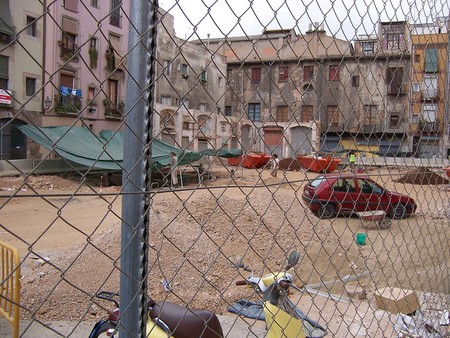 This dissident re-appropriation of the land involved members of the community planting trees and installing home-made urban furniture. For supporters of the occupation, this was an important act of resistance to what they perceived as a campaign to push poorer residents out of their homes and encourage prospecting in the area. This fit into the wider context of the aftermath of the large-scale urban renewal project which was implemented around the time of the 1992 Barcelona Olympics.

In 2002, in an attempt to reclaim possession of the space, the council launched a police raid and ordered the creation of a cement wall to block access to the space. Undeterred, locals pulled down the wall a year later in an act of defiance which eventually led the local council to suspend its plans to erect new buildings. The council finally agreed to the creation of a green space in lieu of the demolition site. 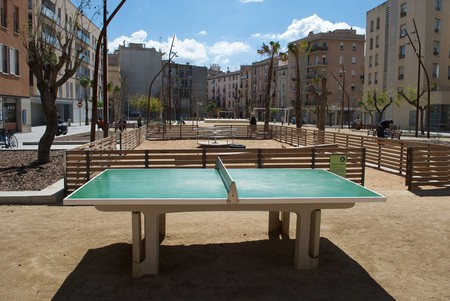 However, the authorities soon after changed their mind and plans were announced to create underground parking where the Hole of Shame stood. Their anger revived, locals once again took to the streets to protest the plans and finally, in 2004, the council agreed to give local residents a voice in the planning.

The elephant in the room

If the story of the Hole of Shame seems, for now at least, to have been laid to rest, the question of how public space is managed in Barcelona is far from a forgotten one. As the protests which swept through much of Europe last summer remind us, there is growing concern among some residents in popular tourist hotspots that they are being driven out of their neighbourhoods. 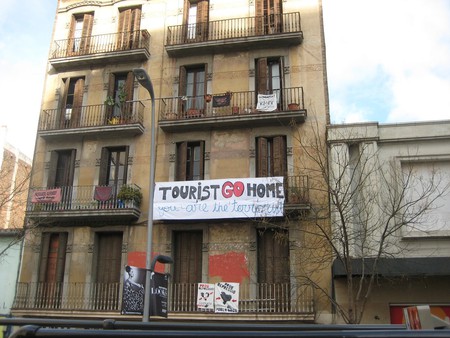 The creation of new hotels instead of residential buildings, as well as the popularity of sites such as HomeAway and Airbnb, are named as some of the main reasons locals are being priced out. If what took place in the case of Barcelona’s Hole of Shame was a precursor to the protests that the city saw in 2017, it seems the local council may once again have to take on board local residents’ voices if it wants to achieve stable, long-term solutions.