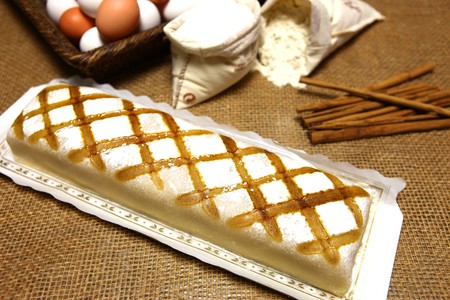 If you’ve never heard of Ponche Segoviano, you’ve obviously never been to Segovia. The town in central Spain, north of Madrid, is completely obsessed with this extremely rich dessert, and it’s not hard to understand why.

For the uninitiated, Ponche Segoviano is a type of layer cake that basically looks like a generous heap of custard and marzipan topped off with criss-crossed caramelised sugar. And, although it’s unknown to most of the world, in Segovia it’s a seriously big deal. Locals describe it as a gastronomic wonder, the exact recipe of the original is a patent-protected secret, and the cake even has it’s own official website.

Apparently the cake was invented in 1926 by a confectioner called Frutos García Martín at the El Alcázar cafe, which can still be found today, on Plaza Mayor next to the Cathedral. The cake soon became wildly popular in Segovia, and even King Alfonso XIII insisted on having it whenever he stayed nearby. The King, eager to spread word of his favourite dessert across the whole of Spain, told the confectioner to take it to the Universal Exhibition in Barcelona. The cake won the exhibition’s gold medal in 1929.

Since then, many cafes, restaurants and home cooks in the region have tried to recreate the recipe for themselves, resulting in many variations. You can find all kinds of different recipes for it online and in regional cookbooks, and of course every family in Segovia has it’s own version of Ponche Segoviano. 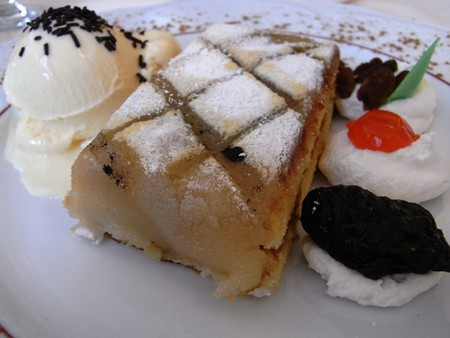 Going further back in time, the almond-based marzipan recipe is said to have Moorish origins. The recipe for the spongy layer is even rumoured to have been given to the confectioner by a gypsy woman.

Today, although most people across Spain have heard of the legendary cake, you’ll struggle to find it (especially an authentic version of it) outside of Segovia itself. So it’s no surprise that foodies make the 90-kilometre trip from Madrid just to try it – and the rest of the local cuisine – for themselves. The specialty roast lamb or piglet is very much worth trying on your visit to Segovia, just make sure you leave plenty of room for dessert.