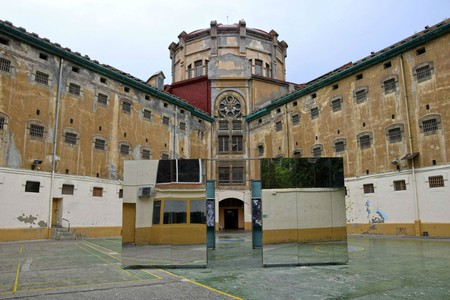 In a new memoir, director William McLellan lifts the lid on what it was like to be sent to Barcelona‘s most notorious prison during the last years of Franco’s brutal regime.

What brought you to Barcelona, and what was it like in the early 1970s?

I was passing through Barcelona en route to Morocco. At night the city was a magical maze of alleys and bars. Hippies, sailors and tourists drank rum and coke among the stylish Barcelona buildings and flashing neon sex shops. Even so, it was much quieter back then, and the traditional way of life seemed to be stronger than it is now. But it is still one of the world’s most vibrant, beautiful and atmospheric cities. 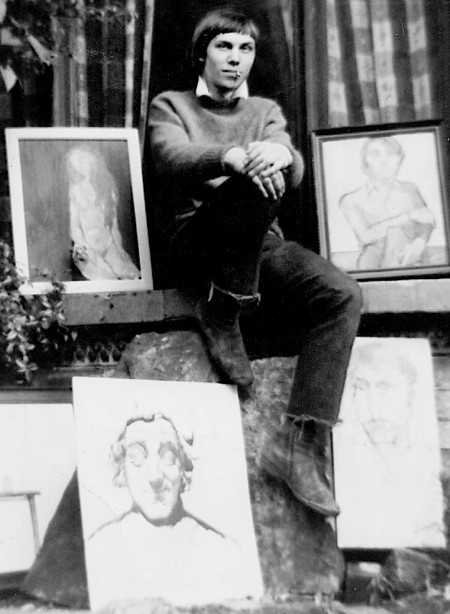 McLellan in 1968 | Courtesy of William McLellan

Franco ruled for three more years after your release. Was there any sense that things were about to change in Spain?

Not that you’d notice. The police kept a low profile, but I soon found they were ready to strike at a moment’s notice. It was only after my arrest that I met people who’d been tortured and I heard about the grisly garrotte kept in Modelo. A year after my release, Franco had 26-year-old Salvador Puig Antich garrotted, despite unanimous international protest. So, he still had an iron grip on the country while I was there. 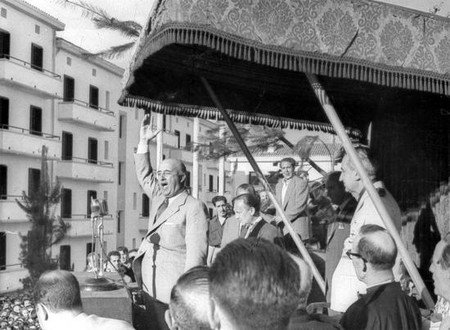 How did you end up in Modelo?

I met a kind Canadian called Michael Schneider who’d been on the road for a while. We hit all the bars we could find while he told me what had led him to university, and I told him that I was going to finance a year’s painting in Morocco by selling acid to the lush hippies. The plan was as innocent and idiotic as I was. I ended up so drunk that I took a joyride back to the hotel on a Post Office Lambretta scooter. Michael, sensibly, wouldn’t get on the back.

Two cops on huge motorbikes rode me down and it was only when I was in the police station – having been handcuffed and hit – that I realised they’d find my drugs and give me ten years and a day for dealing. I tried to fight my way out, but there were too many of them and they beat me senseless through the night. The next day Michael missed his ride on the Marrakesh Express to search the jails for me. Not only did he bring me my passport, he ditched the LSD before the police found it. I’ve been trying to track him down for 45 years to thank him for saving my life.

What was life like in prison and your day-to-day routine?

We were woken by a bugle ringing out through the gallery. I’d jump off my straw-filled mattress and make my bed with the single blanket. No sheets or pillow. The cold tap and seatless WC were shared with four cellmates. Turns were taken to clean the floor, then we stood by the door for inspection. Trustees dragged metal tureens by leather belts to the cell doors and ladled out weak, lukewarm bromide coffee. Baskets of oranges and warm bread were dragged past at speed. We grabbed the rolls that would be like iron by lunchtime. I was marched with the other prisoners out to the exercise yard until I got work in the prison workshop, sticking toys together with glue that at first got you high, then gave you a permanent headache. We marched back to an inedible bowl of hairy pigs-back slop for lunch then queued with a tin can for a few mouthfuls of siesta wine that tasted like battery acid and stained your mouth purple. It worked. A groggy march back to work where I eventually got promoted to designing leather bags that were mass produced by inmates for tourists.

Now I could buy eggs and membrillo (quince jam) from the economarto. I sang sad cowboy songs as we returned through the echoing galleries. Social hour followed with open doors to play chess and chat and fry eggs in a tin can stove, hidden from guards in an upturned orange box. We were locked in with a light bulb too dim to read by that went out when the drunken bugler wailed his last call. There was no glass in the cell window, and an icy wind blew through the bars on winter nights. 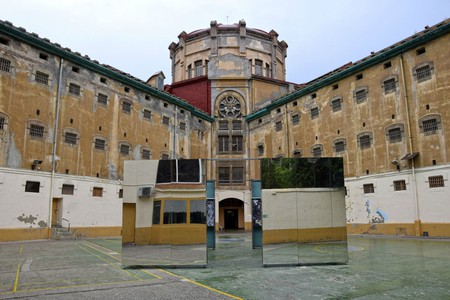 Did you manage to make any friends?

I made some of the best friends I’ve ever had. Mike Pearson was a Zen American hippy who showed me the ropes and a new way to think about life. He was my lifeline when I was down. Jean Patrick Beau was a French Vietnamese artist who helped me develop my drawing skills and got me a job in the workshop, forging antique artworks on leather for rich American tourists. Almost all of us lost touch, and I miss them terribly.

How did art help you cope in prison?

It was easy to get lost in drawing historical scenes, so work time flew by in pleasure. Getting paid for it gave the added bonus of edible food. Drawing prison life in my journal was cathartic, but also stressful. Descriptions of the prison were strictly not allowed, so I was fearful that I would lose all my artwork and notes in the cell searches and get sent to the punishment gallery. 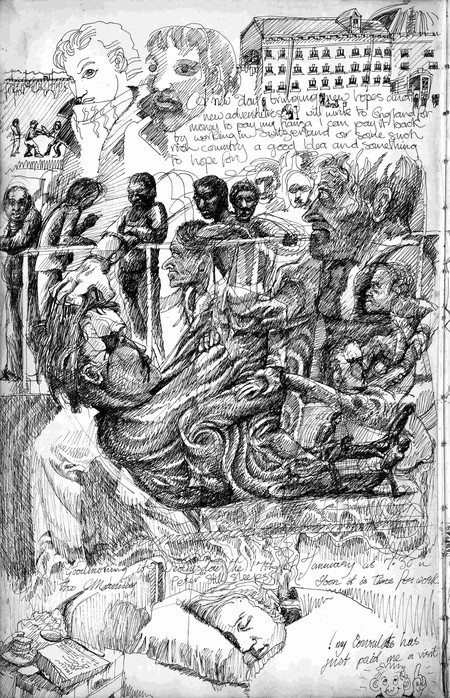 How did you manage to get out and what happened next?

I often worried whether I would ever get out because I was held without trial. The bail was too high for me to pay it and sneak over the border at night. My consulate told me he bribed court officials with wine, shirts and chocolates – though considering the corrupt Franco regime, cash may have been involved, too. He was a good man. My papers moved slowly up the pile and he managed to secure a trial after six months. Zen Mike had been in Modelo for over two years. He refused to work for Franco, and the resulting malnutrition cost him a tooth every six months. At the trial, the three judges didn’t believe that a single youth had attacked half a dozen police, and I got out after seven months.

What effect did your time in Modelo prison have on your future life?

A huge effect. I had time to go through all my childhood memories, from happy days on the farm to being dragged from back-street flats and run down terraces to a halfway house and finally a brutal children’s home. It was only by making sense of the poverty, abuse and neglect of my upbringing with Zen Mike that I learnt to be free on the inside. Patrick helped me improve my drawing, and my illustrated journal got me into art school after my release. Art school got me into film, and I became a music video director, working with all my old heroes: Dylan, George Harrison, Lou Reed and Paul Simon. And many new ones: John Lydon, Blur, Eurythmics. This led me to direct programmes for the BBC, and years of scriptwriting gave me the confidence to publish children’s books and write my memoir.

Have you ever returned to Barcelona?

Yes. A journalist friend found Jaume Bach, a political cartoonist who was in Modelo for drawing a cartoon of Franco. We had drawn a picture of each other in prison, and when he took me into his beautiful central Barcelona apartment, we drew each other again. Then Jaume invited me back when Modelo closed down. It was so traumatic to step inside again I could hardly breathe. My cameraman filmed me talking about my Modelo days, and we are now making a documentary of my journey from prisoner to director. 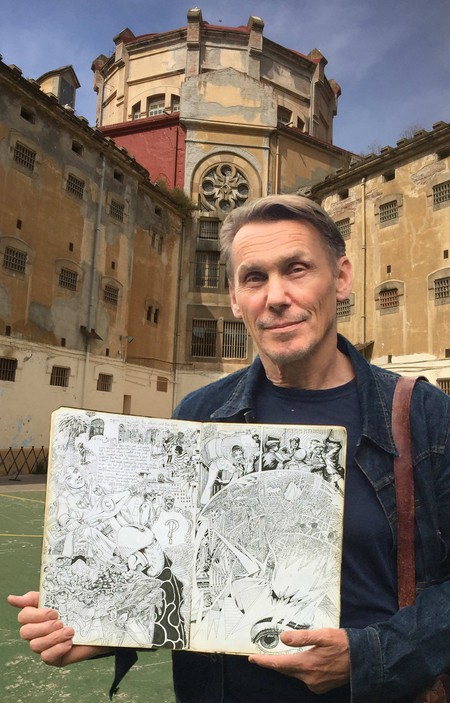 Modelo Prison opened as a tourist attraction in the summer of 2017 – what do you think about that? Do you think people should visit?

I think it’s wonderful, and yes, people should definitely visit. Not just for the remarkable architecture of its circular layout. Spain is examining its troubled past; that can only be a good thing. I learned that from my experience in Modelo – and from Zen Mike, who once told me, “Sometimes you have to go backwards to go forwards.” My time in Modelo was hard, but I left with fond memories of my Spanish workmates. I hope that shining a bright light on a dark past will open up a new era and that all the people of Spain can go forward together. 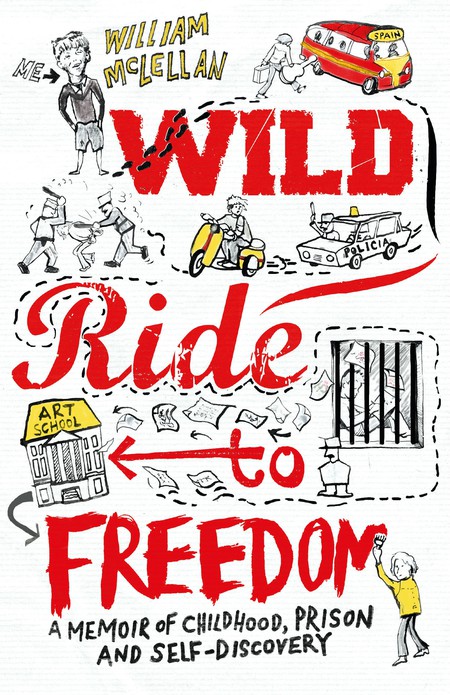 William McLellan’s memoir, Wild Ride to Freedom, will be released on March 6 by Old Street Publishing.