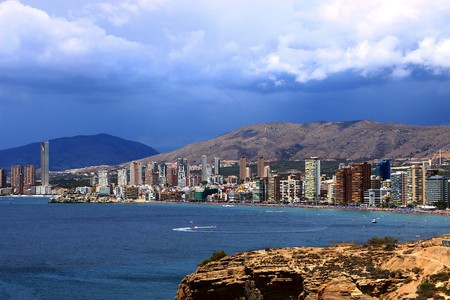 In Spain’s famous Benidorm beach resort, on Spain’s eastern coast, local police gear up for the arrival of thousands of tourists in the summer. The local population as much as triples in this popular holiday destination, which boasts five kilometres (three miles) of sandy beaches – some of the most popular in Spain. Police in Benidorm started using drone technology in summer of 2016 to keep an eye on the growing crowds, and the local authority announced that the beach drones will be in action again in 2017.

The tiny aircraft’s powerful in-built cameras are used to verify reports of boats gone adrift or swimmers in trouble off the coast as well as other potential situations in hard-to-reach areas. Authorities told Spanish newspaper El País that drones are also used to monitor reports of forest fires in Serra Gelada, the area’s natural park, some of which is on top of 300-metre (980-foot) cliffs and hard for humans to reach.

Police chiefs also suggested that, with the whole of Europe on high security alert over terror attacks, drones could also be used in prevention efforts.

Officers say most of the situations that have prompted a drone call-out in Benidorm so far have been false alarms. 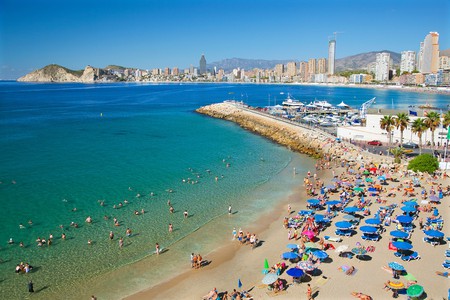 The drones never fly over the heads of sunbathers; they are deployed from a boat manned by trained drone operators from the police force. The drones fly at up to 70 kilometres (43.5 miles) per hour, and their powerful cameras can easily zoom in on any potential trouble.

Though they cost of more than €5,000 (£4,200/$5,400) each, the drones are cheaper than hiring extra police for the busy summer season. The drones have their limits, however; each drone can only fly for about 20 minutes before needing to be recharged, which takes up to an hour.

After Benidorm launched its drone scheme in 2016, several other coastal municipalities in Spain quickly followed suit, including nearby Valencia, Asturia, Andalusia, Murcia and Cantabria.

Drones have also been used to patrol beaches in other parts of the world, including parts of the United States and Australia, where there is risk of shark attacks.