How Classical Music is Helping this City's Police Dogs Chill Out 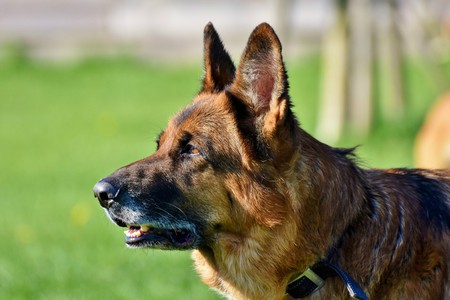 It’s a dog’s life for these police pooches in Madrid, who are listening to classical music and being given heated beds to help them de-stress after a long day’s work.

Madrid’s 22 police dogs have got a new home that counts music therapy among its perks.

The dogs are settling into their new kennels after a three-month renovation added luxurious extras to help the canines chill out at the end of a long day at the office.

The kennels are all equipped with speakers that play classical music at different points throughout the day, something their trainers have said helps them to relax.

The practice, known as the ‘Mozart effect’ is said to increase brain function and aid people – and their four-legged friends – to switch off and relax.

They also boast heated dog beds so the hard-working animals are extra comfy. The aim of the renovations, according to Madrid City Hall is “to improve the well-being of the police dogs”.

“For us, they are colleagues, not animals,” deputy inspector Rafael de la Gándara told Animals Health.

Other additions to the dogs’ lodgings include a new roof over their patio to provide essential shade during Madrid’s long hot summer months and a ‘doggie gym’ complete with a running machine especially for canines.

The dogs will be looked after by vets at their own on-site veterinary clinic.

The Canine Division of Madrid’s police force was created in 1983, one of the first of its kind in Spain. It is currently made up of 22 dogs, split into three different specialities: detecting drugs, detecting explosives and rescuing people who have been buried or trapped.