Here's Why You Should Visit Estepona, Spain, Before Everyone Catches On 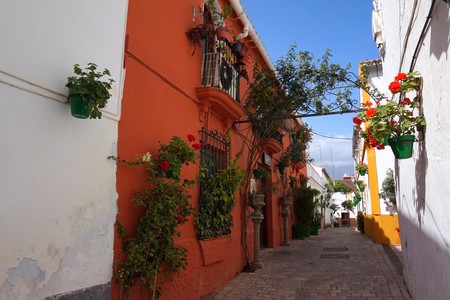 Often overlooked in favour of nearby Marbella, the gorgeous town of Estepona is one of the Costa del Sol’s hidden gems. It boasts one of Andalusia’s prettiest old quarters as well as some of Málaga’s best beaches and seafood restaurants – all reasons why you should visit before the rest of the world realises just how beautiful Estepona is.

One of the joys of visiting Estepona for the first time is the feeling of having discovered an “underdog” destination – in this case, a town frequently passed over in favour of more famous and glitzy coastal neighbours such as Marbella and (to a lesser extent) Fuengirola and Torremolinos. This is not to say that Estepona is behind when it comes to tourism, because it caters for foreign visitors just as well as the rest of Málaga’s stunning coastline. But, unlike many of the Costa del Sol’s other towns, it has managed to retain its identity as an unmistakably Spanish pueblo blanco, replete with its own unique ambience and style. 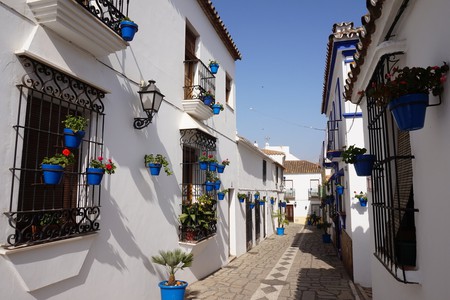 Nowhere is this more obvious than in the town’s enchanting oldest quarter – a barrio as every bit as attractive as Granada’s Albaicin, Seville’s Santa Cruz and Córdoba’s San Basilio. A conspicuous feature of this neighbourhood – which is bounded to the north and east by the Avenida Andalusia, to the south by the Rada beach and to the west by the Avenida Juan Carlos I – is the profusion of colourful plant pots that adorn the whitewashed walls of its houses. Dotted about the facades like the polka spots on a flamenco dress, they bring the cobbled little lanes to life with their big reds, yellows, blues and greens. Plaza de las Flores is the barrio‘s central square and is lined with tapas terraces and orange trees, whilst other treasures such as Plaza Begines and Plaza Blas Infante are to be found all over the quarter. 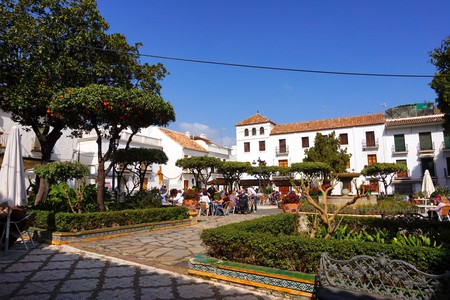 The Costa del Sol is world-famous for its beautiful beaches, which means that the most popular of them can become unbearably busy during summer. This is especially true in the tourist magnets of Marbella, Torremolinos and Fuengirola. But due to Estepona’s lesser fame even its main beach, Playa Rada, is less crowded than those of the other Costas, even during July and August. Rada also backs onto a line of lively chiringuitos and classy seafood restaurants and from its centre it’s less than a ten minute walk into the heart of the old town. Other notable stretches of sand near to Estepona are the Playa Costa Natura nudist beach (10 minute drive from town) and Playa El Cristo (5 minute drive or 15 minute walk from Estepona’s bullring), which can get a little busy in the summer but is situated in a lovely little cove and has two great chiringuitos. 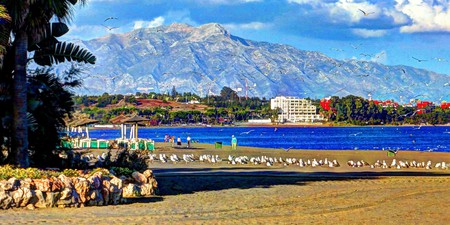 Estepona’s beaches are not as crowded as those elsewhere on the Costa del Sol; Alcalaina/flickr

Estepona has a varied culinary scene and, unlike many other Spanish towns its size, offers some excellent Mexican, Indian, Chinese and Italian restaurants. Yet it would seem a shame to come here and not dine out on some of the freshest and best-cooked fish in the Mediterranean, served at superbly-priced seafood restaurants and ludicrously cheap tapas bars. Consistently – and deservedly – praised are La Escorella, a portside restaurant which literally takes its daily fish order straight from the boat, and Restaurante El Pescador, which serves some of the biggest, juiciest mussels and best black-rice paella you’re ever likely to try.

All of which means that you should hurry to Estepona before the rest of the world wakes up to how much this lovely town has to offer. And in the meantime, don’t tell anyone you’ve read this article. 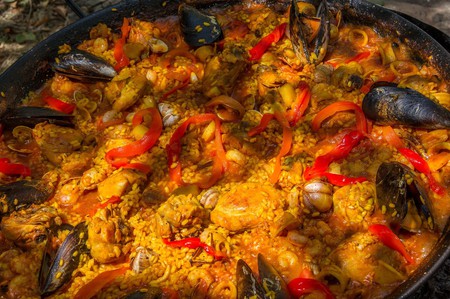