Here's Why you Need to Visit the Amazing Hanging Houses of Cuenca, Spain at Least Once 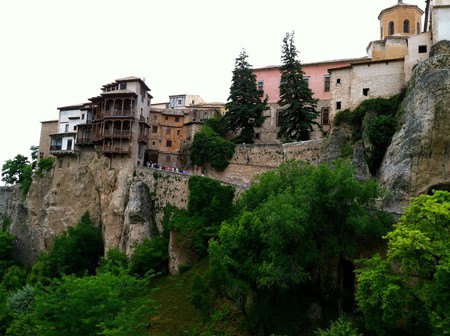 The Hanging Houses, also known as the Casas Colgadas, are located in the UNESCO World Heritage Spanish city of Cuenca, situated around 186km (115 miles) southwest of Madrid. Amazing feats of historic architecture, they cling to the side of the Cuenca Gorge, overhanging the Huécar River. Here’s why you need to visit these ancient skyscrapers at least once.

They date all the way back to the 15th century

The Hanging Houses are thought to have been originally built in the 15th, but were slowly added to, up until the 18th century. Renovations also took place in the 1920s. There were many of them built around this time period, but today only a few remain. The three that can be visited are the most iconic, with wooden balconies clinging to the edge.

They are a gravity-defying feat

The Hanging Houses are so amazing as they appear to defy gravity, clinging to the edge of a vertical cliff, over the Cuenca Gorge. Standing over the ravine like ancient skyscrapers, some stand at around seven stories high. If you stand on one of the balconies, you’re essentially floating over the gorge itself. 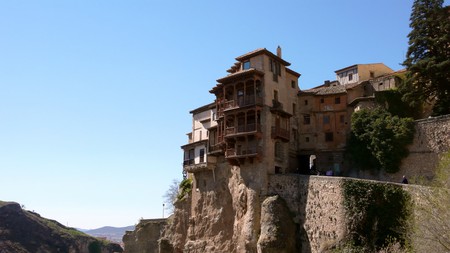 The Hanging Houses are located in the Spanish region of Castilla La Mancha, famed for being the setting of Miguel de Cervantes’ novel, Don Quixote (1615). As well as dramatic clifftops, ravines and gorges, the region is famous for its old windmills.

UNESCO has inscribed the historic city of Cuenca on its list of heritage sites, not only because of the Hanging Houses, but also because of its old city wall, medieval fortress, Spain’s first Gothic cathedral and other pieces of religious architecture from the 12th to the 18th centuries. 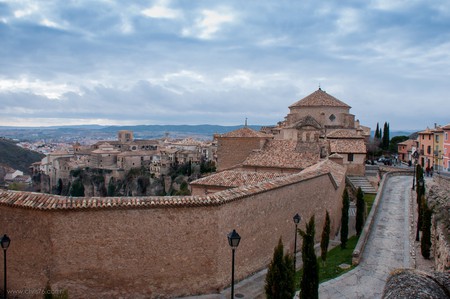 One of the Hanging Houses today houses the Spanish Museum of Abstract Art. It displays a collection of paintings and sculptures by Spanish artists from the abstract generation of the 50s and 60s. Artists whose work features here include Antoni Tàpies, Eduardo Chillida and Fernando Zobel.

They offer spectacular views over the gorge and the Huécar River 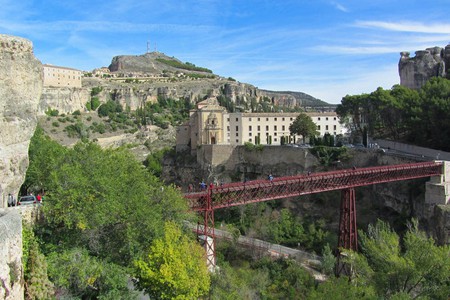 Views over the gorge in Cuenca, Spain | © Jocelyn Kinghorn / Flickr

They stand alongside many other amazing pieces of architecture

Look around the city of Cuenca and you’ll find many other interesting buildings built into the cliffside – more ancient tower blocks, some over 10 stories high. Today around 55,000 residents still live in these buildings. 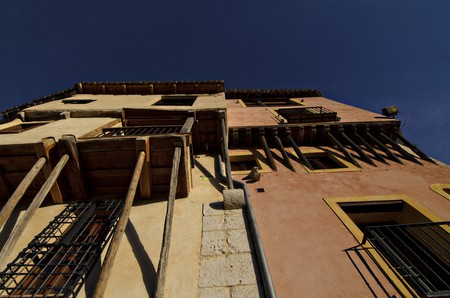