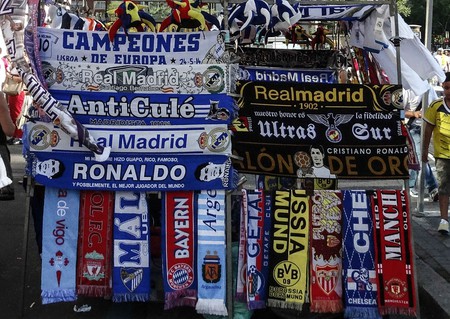 Spain might be a Roman Catholic country, but its other great religion has got to be football. And nowhere is the beautiful game more beloved than in the Spanish capital Madrid, home to two of the country’s top teams.

Football season is in full swing

Autumn is a great time to watch a football match in Madrid; La Liga has got into full swing and both Madrid’s major teams have settled into the season. While La Liga matches dominate weekend viewing, there are also a host of other competitions, whose matches are played during the week. See Champions League matches on Tuesdays and Wednesdays, Europa League matches on Thursdays and there are also King’s Cup matches taking place – you’ll be spoilt for choice.

Atlético Madrid are unbeaten so far this season, climbing to third position overall in La Liga. With an epic new stadium, could the usual underdog of Madrid football rise to the occasion and do better than their long-time rivals, Real Madrid?

The home of Real Madrid is one of the most mythical and iconic football stadiums in the world and football fans will be pleased to know that you can take a tour of the stadium. The tour includes visits to the locker rooms, trophy room, royal box, tunnel and a bird’s eye view over the huge stadium – the third largest in Europe.

Diego Costa is on his way back to Atlético

The deal to bring Atlético legend Diego Costa from Chelsea back to his former club is just about finalised and could see the Spanish striker back in Madrid in late September. Costa left Atlético in 2014 but has said he is eager to join his former team in what has been reported to be a £57.2 million transfer deal. Costa’s behaviour at Chelsea has been erratic; he has refused to play or train since mid-July.

Atlético Madrid recently moved from the Vicente Calderón Stadium, where it had played since the 1960s to the brand new, bigger home of the Wanda Metropolitano, which opened to the public on September 16 for Atlético’s match against Malaga. It was announced this week by UEFA that the Wanda Metropolitano had been chosen to host the 2019 Champions League final.

Stock up on football stash

Head to the official Real Madrid or Atlético Madrid shops to stock up on football shirts and other official merchandise, or stop by the numerous tourist shops around the Puerta del Sol and Plaza Mayor for football-themed souvenirs. It would be rude to show up at a match without your team’s hat and scarf now, wouldn’t it?

Think what you will of Cristiano Ronaldo, but the Real Madrid striker is widely regarded as the world’s best player. He has won four FIFA Ballon d’Or awards, given to the best player of the previous year, and is the only football player ever to win four European Golden Shoes, awarded to the top scorer of the past season from any top European league.