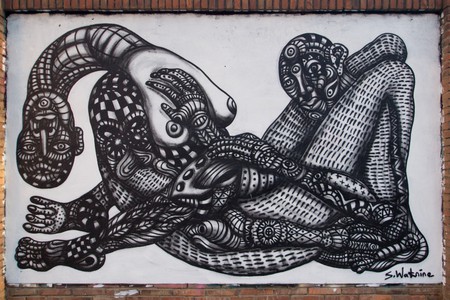 Once the industrial heart of Barcelona, today Poblenou is discovering a new life as the hip new hangout for Barcelona’s creative millennials. From underground music venues to avant-garde artist studios and independent book stores, Poblenou has fast become the hottest neighbourhood in Barcelona. Here’s why you should check out Poblenou next time you’re in Barcelona.

The story of Poblenou’s transformation from former industrial heartland to hip hangout is one that is familiar already: from New York’s Meatpacking district to London’s Shoreditch. During the 19th century, Poblenou earned the nickname of ‘Catalan Manchester’, owing to its concentration of large factories and workhouses – one of the most important industrial areas in Spain.

However, as Europe’s industrial era died down and factories relocated, Poblenou fell into a state of decay. That was until the mid 1990s, when Barcelona entered a new era of prosperity following the 1992 Barcelona Olympics. Poblenou was put back on the map with the extension of the Avenida Diagonal to reach the waterfront in Poblenou, and the Port Forum conference and concert hall opened its doors alongside the Diagonal Mar shopping mall and a number of large, international hotels. 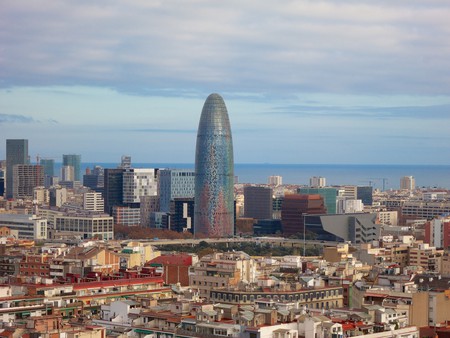 The Torre Agbar and the Poblenou neighbourhood | © Ania Mendrek

At the same time, local artists had already detected the potential of Poblenou thanks to its abundance of large spaces and relatively low rent costs. Warehouses were converted into artists’ studios and the neighbourhood became the gathering point for a new generation of creatives in Barcelona.

Adapting to the 21st century with project 22@

Hailed as one of the most ambitious urban renewal projects in Europe, 22@ is the name given to the project of converting 200 hectares of industrial wasteland into the technological and innovation district of Barcelona. The project includes plans to create four million square meters of constructed floor space, split between commercial space, housing and services.

Since its launch in 2001, the project has already seen the local population grow by 22 percent and has been hailed as a new model for urban regeneration, which focuses on social cohesion and sustainable urban and economic development. In future, the hope is that 22@ can act as a model for other cities such as Istanbul, Cape Town, or Rio de Janeiro. 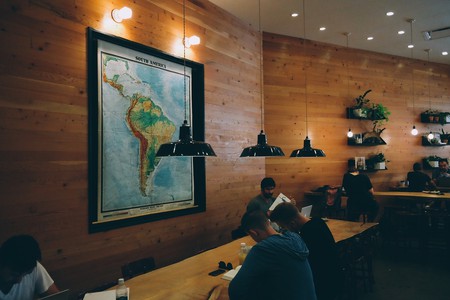 The area has already started to attract numerous local start-up companies who recognise the immense potential the area holds. Another phenomenon which has exploded in Poblenou is that of co-working spaces, which allow young professionals and entrepreneurs to benefit from working in proximity to one another in a collaborative, creative environment.

Meanwhile, Poblenou has fast become one of the best places for millennials to live in Barcelona, thanks to its combination of relatively low rent prices, proximity to the beach, concentration of co-working spaces, and a thriving cultural scene. Unlike the old city centre of Barcelona, the streets of Poblenou are wide and can at first glance look rather quiet. Don’t be fooled though – the area is abuzz with art galleries, concept stores, and performance venues.

The Poblenou Urban District is a collective of artists, designers, bookshops, small business owners, and more, which aims to promote the cultural and commercial life of the area. Acting as a complement to the 22@ project, the collective aims to make sure Poblenou retains its creative spirit while embracing the opportunities the future holds. 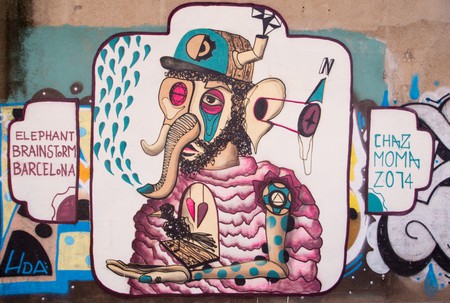 The nightlife in Poblenou is rather lively too, with one of the city’s most famous nightclubs – Razzmatazz – located here as well as a number of live music venues such as Sala Rocksound. The neighbourhood’s main artery and historic centre, the Rambla de Poblenou, is lined with restaurants and bars catering to a mostly local crowd. For something a little quirkier head to Madame George’s cocktail bar and try to catch one of their Northern Soul nights for something rather unique in Barcelona, while events such as the monthly Palo Alto market draw in crowds from across Barcelona for a combination of street food trucks, live music, and dozens of stalls exhibiting the work of local artisans and independent designers.