Have We Found the Spanish Banksy? An Interview with the Enigmatic Sr. X 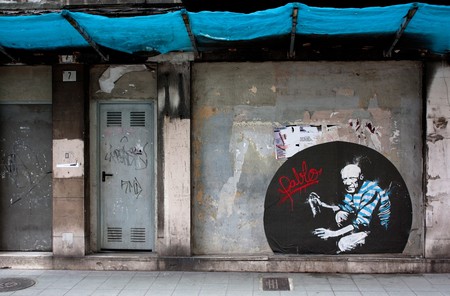 It wasn’t long after his sardonic, politically-charged compositions were first splashed across the walls of his native Gijón (in northern Spain) that the street artist known as Señor X was drawing the inevitable comparison to Banksy. Using a combination of stencils and traditional painting techniques, his works also have a darkly surreal, humorous quality that has grabbed the attention of the art world, and led to his craft moving increasingly from the street and into galleries. We caught up with Sr. X to find out more…

When did you start and what first drew you to street art?

I started by chance. I cut out a small stencil at a party and when we left I painted it all over the city. From there, things got bigger and more complex.

How much does Spanish politics influence your work?

They used to influence me a lot, my work has always had a very important political and social aspect. I think that condemning what is going on in a shocking way and with a touch of humour is the best way to get people to know what you think. Now, living further away from there [Sr. X has now moved to London] I believe that my work is more introspective and deals more with individuals and their relationship with others. 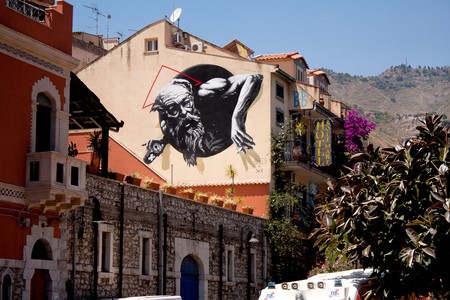 Are there any other Spanish street artists you admire?

Yes, there is a very active scene in Spain, especially street art with substance, such as Aryz, Escif, Hyuro, Pejac… There are many more, of course.

Which of your works are you most proud of and why?

I am very happy with how my painting is evolving in the studio and the results I am achieving. 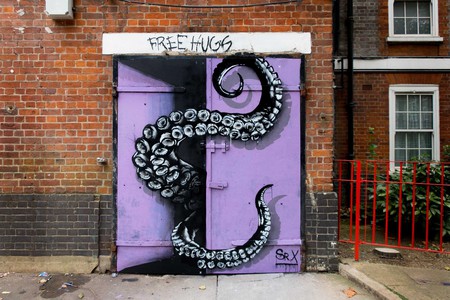 The authorities have often been known to paint over your art, does this get annoying?

Well, everyone paints on top of something, especially in Spain. It’s something that goes with street art and it does not make much sense to get angry.

How important is your anonymity in what you do?

I don’t paint illegally so much nowadays, so it does not matter so much to me anymore. I used to live in a small city and it was illegal, so you do not want them to know who you are. 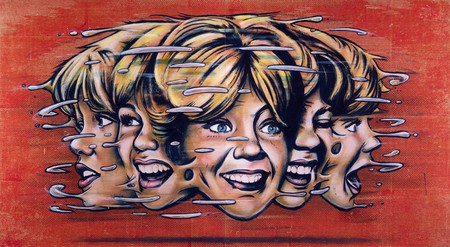 Are you still living in London? How does the art scene compare with Spain?

Yes, I’m still in London. Well obviously it’s much bigger. People come from all over the world to paint here. It’s great because you find more people painting and pieces by the best artists in the world.

Have you ever been caught mid-painting? What happened?

Yeah, a couple of times. Luckily the police weren’t complete bastards and even let me finish. I got lucky. 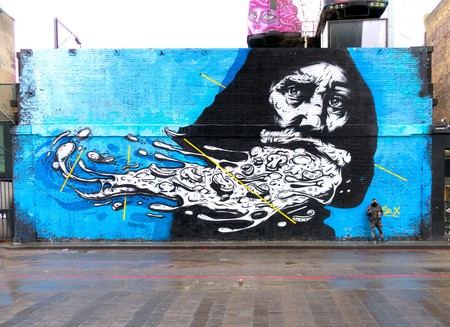 What do you have planned for your next big work?

I don’t actually know. Right now I am working a lot in my studio, with some exhibitions lined up, but for spring I hope to be able to paint some fat wall.

And finally, people often compare your work to Banksy. How do you feel about that?

I think that anyone [who paints in the street] gets called the Banksy of their town. It is more a cheap journalistic metaphor (with all respect) than a real analogy. 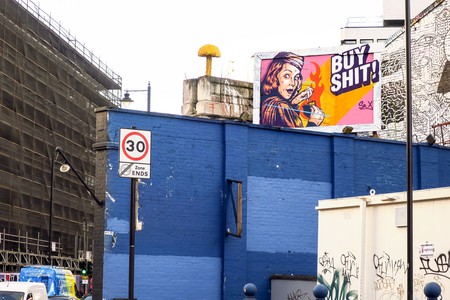 An exhibition of the latest works of Señor X can be seen this March in Gallery 21, Tel Aviv.