Getting Lucky: How the Lotería Nacional Embedded Itself in Madrid’s DNA 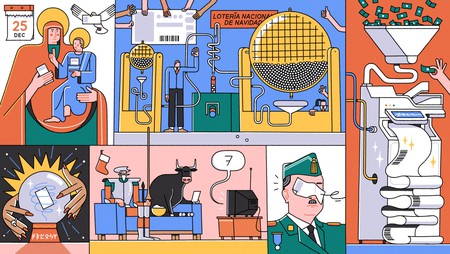 Every year in the months leading up to Christmas, a curiously long queue snakes out from a tiny shop in Madrid’s central square, Puerta del Sol. It’s less mysterious when you know that the shop is Lotería Sol – one of the oldest lottery-ticket vendors in Spain – and that it’s selling tickets for the annual festive lottery: El Sorteo Extraordinario de Navidad.

Roughly 75 percent of Spaniards fork out on tickets – as well as players worldwide – all hoping to win a share of the €720 million (£612 million) prize known as El Gordo (‘The Fat One’). But why has this lottery become such a global phenomenon? And how has gambling become so embedded in Spanish culture? 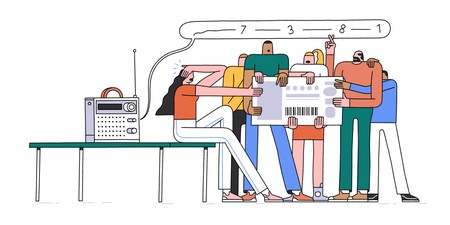 What is Spain’s national lottery?

Spain’s national lottery is the second-oldest in the world. It was introduced in Cádiz in 1812 as a way to raise state funds for the troops fighting Napoleon in the Spanish War of Independence – although it wasn’t referred to as a Christmas lottery until 1892. Today, it hands out more prizes than any other lottery in the world.

Every 22 December, all eyes are on the capital. The draw has taken place every year in Madrid since 1814, except for a brief period during the Spanish Civil War when it relocated to Valencia for safety reasons. It now occurs in Madrid’s Teatro Real opera house, where children from the San Ildefonso School sing out the numbers on wooden balls picked from two golden spheres.

Now, there are numerous state-sponsored lotteries, including two other annual games – El Niño (6 January) and the summer El Gordo (first Saturday in July) – plus a bonanza of weekly and daily lotteries.

Why is Sorteo de Navidad so significant in Spain?

Paloma de Marco, the owner of Lotería Sol, says: “It’s an extraordinary phenomenon. People don’t understand how Spain can move so much money in one sorteo per year. It brings in so much money for my little shop – more than 50 percent of our annual turnover.”

One reason for the popularity of the Christmas lottery is that, although the prizes aren’t huge, your odds of winning at least your money back are pretty good, at around 1:6. Even people who have never won a cent – and those who never normally gamble – keep on playing. “I play the lottery every week, but I’ve never won a thing,” says Rosa, one of Lotería Sol’s customers. “It’s a dream. Here in Spain, we play because it’s our custom. It’s the thing to do. There are people who don’t usually play during the year, but they always play the lottery at Christmas.”

Why do people play in syndicates?

People buy in groups, partly because it makes participation more affordable. One Christmas lottery ticket costs about €200 (£170), so most are divided into 10 sections called décimos or participaciónes.

But why is it that, even when people can afford tickets, syndication remains extraordinarily popular in Spain? Sociologist Roberto Garvía at Madrid’s Universidad Carlos III studied lottery markets and found that “lottery play declined with rising incomes except in countries in which syndicate play diffused widely, namely, Spain…”

Garvía and his co-authors Mauro F Guillén and Andrés Santana suggest that it’s down to social interaction. “Syndicate play does not take place among strangers… People play the lottery in groups in order to cement and expand social relationships.”

Syndication has become an unshakeable annual tradition in Spanish workplaces, where companies buy up décimos to sell to their employees. Javier, who works in an office near Madrid’s Puerta del Sol, says: “We have a group at work, and we share the same number between us. On the day of the draw, we listen to the radio while we’re working. It’s a great tradition that never changes.”

The popularity of syndication may also be down to its tantalising risk factor. Jaime, queuing outside Lotería Sol, says: “If you have a syndicate, and if the others in your team win El Gordo and you don’t have a ticket, you know, you just can’t take that risk…”

How has Spain’s attitude to the lottery changed?

For more than a century, the national lottery has survived – and thrived – despite civil war, 40 years of dictatorship under General Franco, economic crises and austerity.

Paloma de Marco has noticed that people adapt the way they play during a period of austerity: “This idea that people who don’t have money to gamble more, it’s not true because when people don’t have money, the first thing they need to do is eat. More people play, but they bet less.”

What began as a form of tax has developed into a national passion, with Spaniards now betting an average of 2 percent of GDP buying lottery tickets – an average of €68 (£57.80) each.

Over the years, a sense of nostalgia has developed, too. Sorteo de Navidad has become as much a part of the festive season as Christmas itself.

“It’s a special moment at Christmas,” says Rosa. “The family all get together, and we cook a big meal. We keep the television on in the background, chatting and listening to the numbers being called out.” 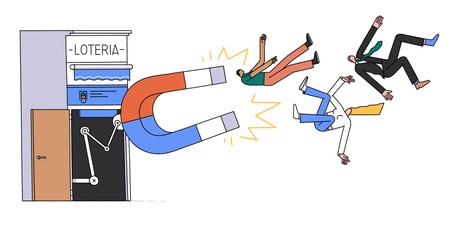 Why are some vendors so successful?

Winning tickets are often purchased from the same outlet in the same region or even town, so some vendors have built a reputation as lucky outlets. People go on pilgrimages in search of a vendor that sells their special number, such as a date of birth.

In Madrid, Doña Manolita on Calle del Carmen 22 is one of the most famous outlets, but perhaps no place symbolises the national lottery better than Lotería Sol. Since it opened in the late 19th century, the little vendor has been incredibly resilient, bouncing back after it was bombed during the Spanish Civil War and surviving turbulent decades.

Much of the shop’s success can be attributed to its prominent position in Puerta del Sol and the publicity created by the Sorteo de Navidad. It also benefits from a Spanish sense of superstition. Jaime says, “I’m living in Mallorca now, but I’ve come to Madrid this weekend because I think Lotería Sol might have my special numbers.”

How is the digital age affecting lottery vendors?

The advent of online gambling and social media has completely changed the way people play. As Paloma de Marco notes: “Clients are more tech-savvy these days. They no longer even have to leave home to buy tickets because they can play on the internet. For us in Spain, the Sorteo de Navidad was the normal event that happened on 22 December, but now the world has access to it. The global boom we’re seeing now is because of the internet and social media.”

Like most vendors, her business has had to adapt: “I used to employ just one salesperson. Now, my staff have to manage internet sales, postal sales, transactions in the shop, etc. You have to keep up with the times and keep refreshing the way you do business.”

How can you buy a Spanish lottery ticket?

Tickets for all the Spanish lotteries are available for purchase online or, if you’re in Spain, from official Loterías y Apuestas del Estado vendors, such as the Lotería Sol. Tickets for the Sorteo de Navidad go on sale each year at the beginning of July.