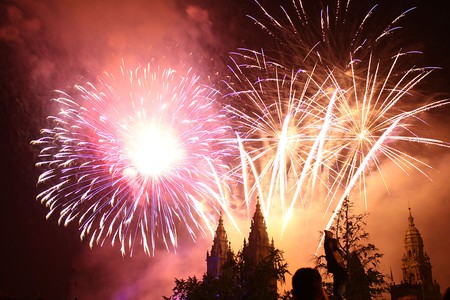 Spain is well known for its amazing and crazy festivals, and Galicia is no different. Here’s our pick of some of the best, from the Os Peliqueiros Carnival to the Festival of Santiago Apóstol.

Taking place in around February and March each year, Os Peliqueiros Carnival is held in the town of Laza in the province of Ourense. The origins of this festival are not known, but it is thought to have either originated from the Celts or the Romans. On Carnival Sunday, people dress up as the Os Peliqueiros characters, wearing giant hats and masks, uniforms dangling with cow bells and holding whips. On the Monday, a battle commences, where people use both flour and live ants as ammunition. 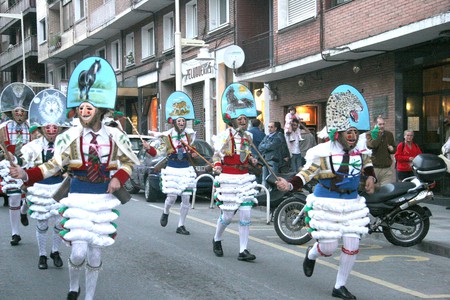 San Xoán, San Juan or Sant Joan, as it’s called in various regions of Spain, takes place all over the country on the night of June 23rd. It honours the birth of St John the Baptist with fireworks and bonfires, but nowhere celebrates it quite like Galicia. When the clock strikes midnight, Galicians head to the beaches to light bonfires and prepare queimada, a drink made from Aguadiente liquor, sugar, coffee beans, lemon peel and cinnamon sticks, which is set on fire. An incantation is said over the concoction, said to keep witches away, and people jump over the bonfires to bring good luck. Swimming in the sea at midnight also brings luck on this night. 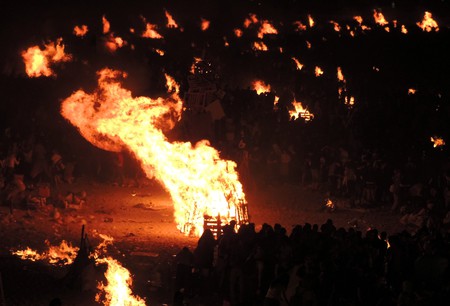 Taking place during the first week of July, A Rapa das Bestas means ‘Capture of the Wild Beasts’ and dates back to the 15th century. It takes places in the village of Sabucedo, where locals head into the mountains to try and capture wild horses to cut their manes and tails. Although it’s amazing to get the chance to see wild horses and the festival is very popular, it’s somewhat controversial as the horses often get into fights and are sometimes roughly treated during the capturing process. 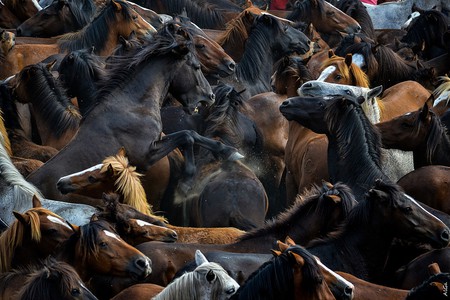 Held in the city of Santiago de Compostela, the festival celebrates San Santiago, also known as St James in English, the patron saint of the city of Santiago de Compostela, of Galicia and also of the whole of Spain. Taking place during the second fortnight of July, it features many cultural events such as music, dancing and singing, as well as huge firework displays. The main days are the 24th and 25th of July. On the 24th, the main pyrotechnic display takes place, while on the 25th there is a mass at the cathedral of Santiago to celebrate Galicia Day.

Seafood plays an important part in all of Spain’s cuisine, particularly in northern Spain and Galicia. In fact, seafood is such as integral part of the diet here that there’s even a festival to celebrate it. The most famous seafood festival in the whole of Spain is O Grove Fiesta del Marisco, taking place each October on the peninsula of O Grove in western Galicia. It features everything from fresh seafood stalls to cooking demonstrations and competitions, and even sculptures. 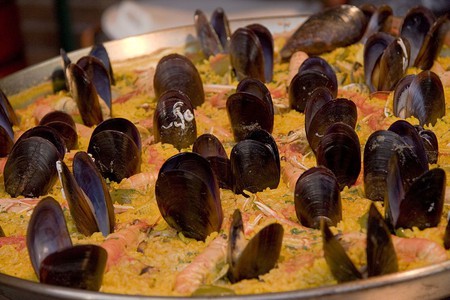