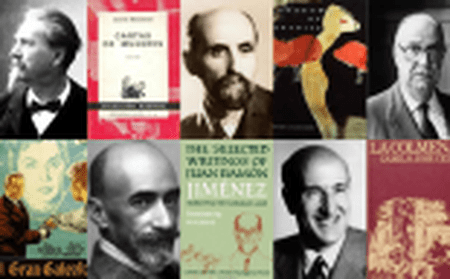 Since the end of 19th century, Spanish authors have captivated international audiences with their way of portraying reality and their profound and innovative works. Five Spanish writers have been awarded the Nobel Prize for Literature over the last century, in recognition of the consistent strength of Spanish Literature. 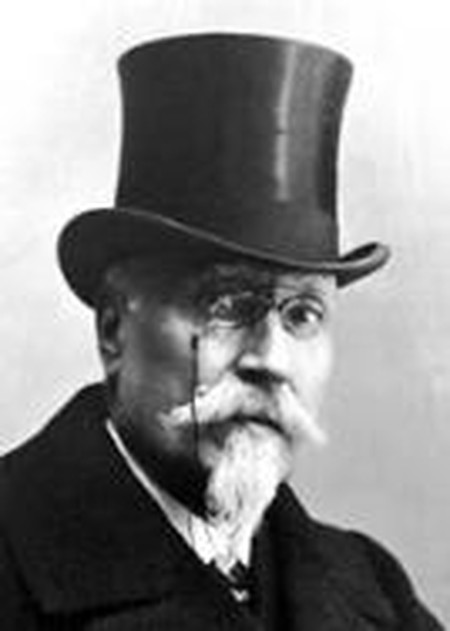 Nobel Prize Citation: ‘In recognition of the numerous and brilliant compositions which, in an individual and original manner, have revived the great traditions of the Spanish drama.’

José de Echegray was an engineer, politician, mathematician and a playwright. During his youth, he used to read both literature classics by Goethe, Homer and Balzac and mathematics writers such as Gauss, Legendre and Lagrange. In 1874, he began his career as a dramatist writing El Libro Talonario. It was a popular success, but critics failed to see any literary value in his work. His first plays were fuelled by romantic melancholy, but as his career progressed one can see the influence of Henrik Ibsen in their tone and treatment of social themes. Conflicts involving duty are the main motif of many of his plays. In 1904, Echegray shared the Nobel Prize with the poet Frederic Mistral, becoming the first Spaniard to win this Award. This scandalised the avant-garde artists of the time – and especially those of the generation of ‘98 – because Echegaray was not considered an important writer. On the other hand, international authors like Bernard Shaw or Pirandello were admirers of his work and his plays were a great success in major cities like Paris and Berlin. 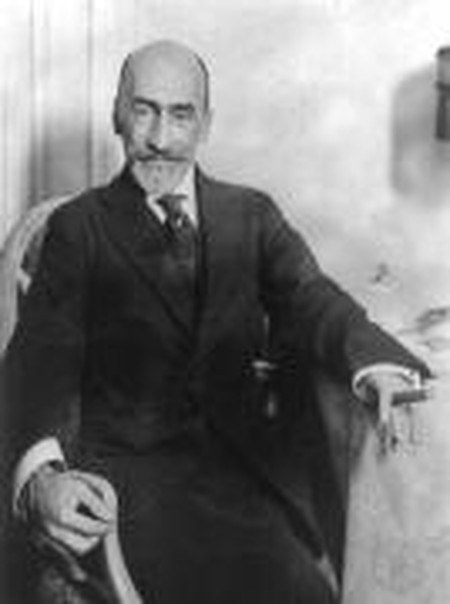 Nobel Prize Citation: ‘for the happy manner in which he has continued the illustrious traditions of the Spanish drama.’

Born into a wealthy family, Jacinto Benavente studied law and spend his youth traveling through France, England, and Russia. Before becoming a dramatist, he wrote poetry such as the book Cartas de Mujeres (Woman’s Letters) and worked as a journalist. Benavente was a true Madrilenian who wandered through the Spanish capital, where most of his plays took place, searching for characters, as he wanted to satirise the society in which he lived through theatre. His plays radically influenced the theatre of his time, changing it from something grandiloquent and psychological to a more diverse art form including elements of mime and Comedia dell arte, which also made it more accessible. His specialties were comedies of manners and one-act farces, and they opened the doors to authors such as Valle Inclan and Lorca. A good example is the play Los Intereses Creados (The Bonds of Interest, 1907). He is also known for writing La Gobernadora (The Governor’s Wife, 1901) and particularly Señora Ama (The Lady of the House, 1908) and La Malquerida (The Wrongly Loved, 1913) – two psychological dramas that take place in a rural location. Benavente received the Nobel Prize in 1922. 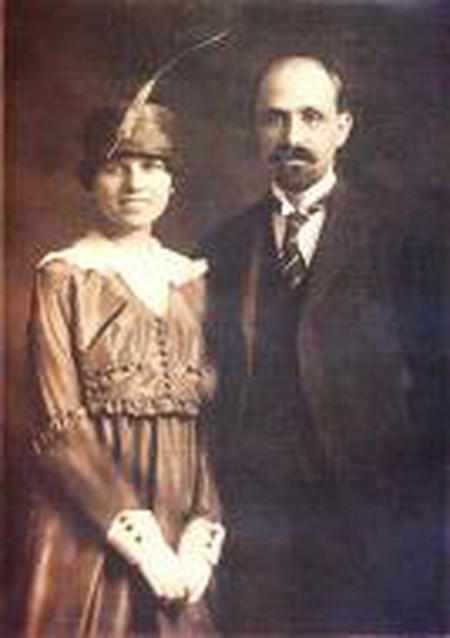 Nobel Prize Citation: ‘for his lyrical poetry, which in Spanish language constitutes an example of high spirit and artistic purity’

Juan Ramón Jiménez was born in Huelva and studied at the University of Seville. During his youth, he was highly influenced by the Nicaraguan modernist Ruben Darío (who also helped him to publish his first volume of poetry), German Romanticism and the French Symbolists. The poet was active as a critic as well as an editor of literary journals, and he published his first book Ninfeas and Almas de Violeta in 1900. During the Civil War, Jiménez was forced to abandon Spain and travel to the United States, Cuba and Puerto Rico, where he died in 1959. He has a wide body of celebrated works, including: Poesías Escogidas (1917), Segunda Antología Poética (1922), Canción (1936) and Tercera Antología (1957). The influence of modernism is obvious in his first poems, as is his debt to symbolism. The prose of Jiménez started to be published in journals and magazines before his exile. His most internationally acclaimed work is Platero y Yo (1917), where he mixes fantasy and realism in the relationship between a man and his donkey. In fact, Platero y Yo is the most widely translated Spanish book along with Don Quixote and it was highlighted when the poet won the Nobel Prize in 1956 for his whole body of works. 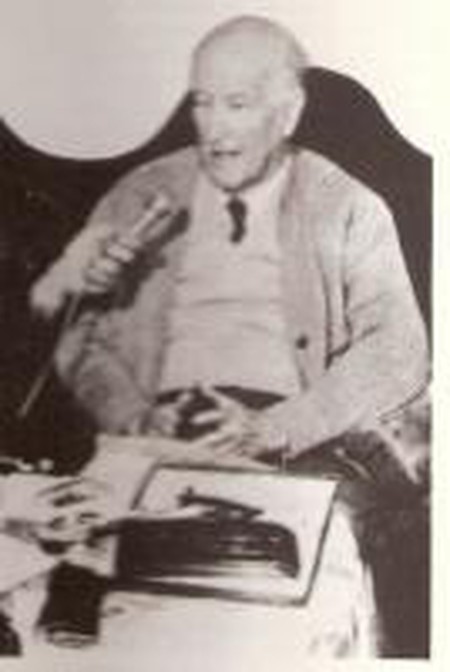 Nobel Prize Citation: ‘For a creative poetic writing which illuminates man’s condition in the cosmos and in present-day society, at the same time representing the great renewal of the traditions of Spanish poetry between the wars.’

Vicente Aleixandre is one of the lesser known poets of the Spanish ‘Generation of ‘27’, a literary movement which included important authors such as Pedro Salinas, Rafael Alberti and García Lorca. He discovered poetry through Ruben Darío’s poems and dedicated his life to writing verse. Aleixandre triggered a formal revolution in poetry evident in the work Destruction or Love, for which he received the National Literary Prize. Silenced during the Spanish Civil War, he was a poet in constant evolution who matched formal innovation with an emphasis on his roots, praising solidarity and love. He began his career publishing sentimental poetry such as Ambit (1928), moved onto surreal poetry with, for instance, Pasión de la Tierra (Passion of the Earth, 1935) and wrote his most famous work, The Shadow of Paradise, in 1944. Three decades later, in 1977, the Swedish academy awarded him with the Nobel Prize for Literature for the totality of his work. 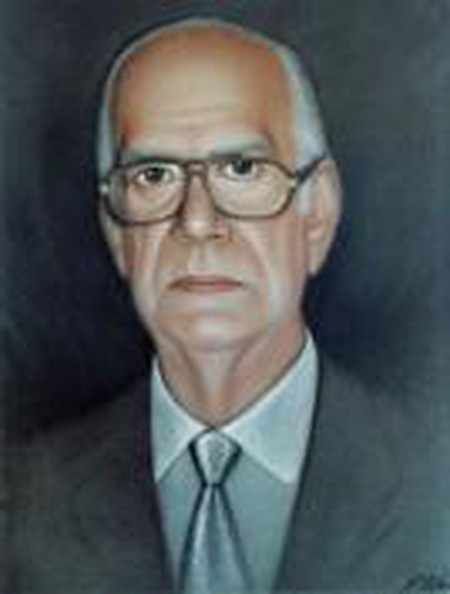 Nobel Prize Citation: ‘for a rich and intensive prose, which with restrained compassion forms a challenging vision of man’s vulnerability.’

Born in La Coruña, Spain, in 1916, Camilo José Cela studied law and literature. He wrote prolifically and produced works of a variety of genres including novels, essays, articles, poetry, theatre and travel books. He was firstly influenced by the ‘Generation of ‘27’, engaging with psychological themes such as the irrational, eroticism and the subconscious. Persistently experimental throughout his work, Cela dedicated himself to rejuvenating the novel genre. With his first novel La Familia de Pascual Duarte (The Family of Pascual Duarte), he satirized the social and political stupor of Spain – an uncommon opening gambit that earned him huge recognition. In 1931 he had to be interned in a tuberculosis sanatorium, and the experience inspired his novel Pabellon de Reposo. His most acclaimed novel, La Colmena (The Hive), was censored in Spain and had to be published in Argentina first. Critics hailed this novel as the Spanish contribution to the modern novel for its use of innovative time and spatial structures. The book was also a testimony of the post-war disgraces of the Franco dictatorship. In 1984, Cela received the National Prize of literature for the novel Mazura Para los Muertos, which was shortly followed by the Nobel Prize in 1989.

Looking at these Spanish winners, it is also possible to gain an insight into Spanish literary history and the way in which generations of Spanish writers have influenced their successors, making their works richer and deeper. Many of these works were testimonies of the Spanish Civil War, which highlights how much this cataclysmic event in Spanish history affected each of them in a distinctive way.