Festival De Jerez In The Epicenter Of Flamenco

The city of Jerez celebrates flamenco in a dynamic, colorful citywide celebration every year for two weeks, featuring events, communal dance classes and performances that draws in visitors from all over the world. 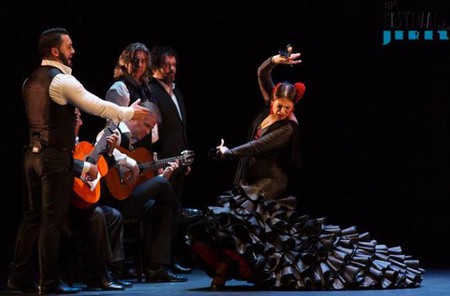 At first mention, Jerez de la Frontera seems like the kind of city you pass through en route to a more exciting Andalusian city like Seville. However, and unbeknownst to many, Jerez certainly has its redeeming qualities—two in particular: sherry wine and flamenco. The former quite literally serves as the city’s namesake: jerez means sherry in Spanish, and the town was named Europe’s Wine City of 2014. Its famous sherry wineries, called bodegas, are known worldwide, and Shakespeare even mentioned the spirit in his writings.

Flamenco, which refers to song, dance, and guitar, is often considered one of Spain’s national art forms, but it originated and continues to thrive in the south of Spain. Like most of Andalusia, it is heavily influenced by the Arab occupation and was created by the Gypsy populations of the region. Because flamenco was developed by the lower classes of Spanish society, there is not much documented history dating beyond the past 200 years. However, the art form’s progression took hold during the late 19th century, which is considered the Golden Age of flamenco. 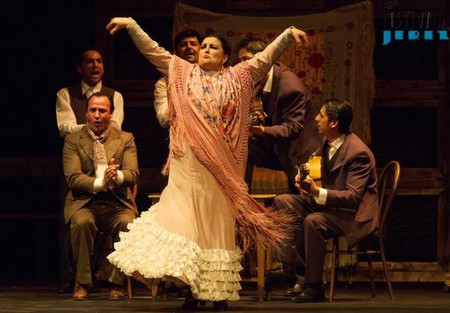 Jerez is often called the birthplace of flamenco, but it is among three cities that boast the first flamenco studios (the others being Cadiz and Triana in Seville). The most famous strand, or palo, of flamenco that originated in Jerez is the bulería, noted for its tricky improvisations and 12-count rhythm. Other palos include seguiriyas, solea, and tanguillo. The number of variations is dizzying.

Every year for the past two decades, Jerez has celebrated its flamenco heritage with an internationally renowned flamenco festival, known simply as the Festival de Jerez. The festival spans two weeks from the end of February to the beginning of March, with various events held each day. Shows take place all around the city, whether at the city’s main Teatro Villamarta, or any of the peñas (flamenco clubs that have been around for ages) scattered throughout the historic center. 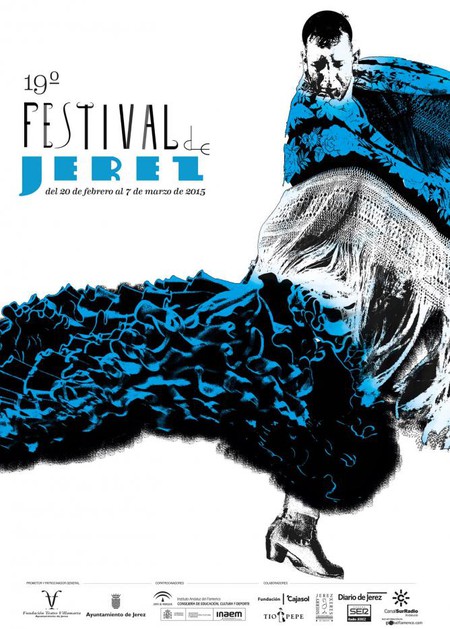 Alongside a variety of song, dance, and guitar shows are a number of master flamenco courses with some of the most coveted teachers in flamenco. During these two weeks, Jerez’s streets are filled with visitors, as thousands of people come from all around the world to take or give classes, attend spectacles, or perform in them.

This year, some of the festival’s highlights included a tribute to the late Paco de Lucía, the flamenco guitarist and Andalusian deity in his own right. The XIX Festival of Jerez marks a year since De Lucía’s passing, and the guitar-dominated tribute was named affectionately ‘Un Año Sin Paco’, (A Year Without Paco). Other headliners at the Villamarta Theater included dancers Manuela Carrasco and Pastora Galván, guitarist Paco Cepera, and the Flamenco Ballet Company of Andalusia. 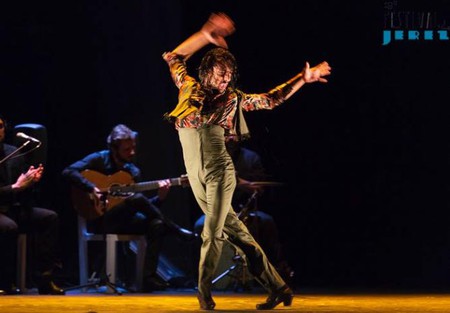 The mass of events and expositions throughout the festival are too numerous to name in one article. In reality, the true experience of the Festival de Jerez occurs in the street, as the city shakes off its glum winter chill in time to see dancers of all nationalities in heavy black skirts scurrying back and forth between classes. On any corner, the echoes of hard stomps waft through open windows, accompanied by rhythmic clapping and the familiar soulful crooning of a cante. All across the city, locals are settling into cramped, dim bars, perhaps balancing a glass of fino sherry, except this time they are elbow to elbow with foreigners from all around the world enjoying one of Cadiz’s best kept secrets. 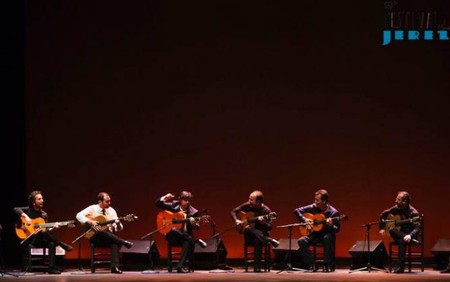